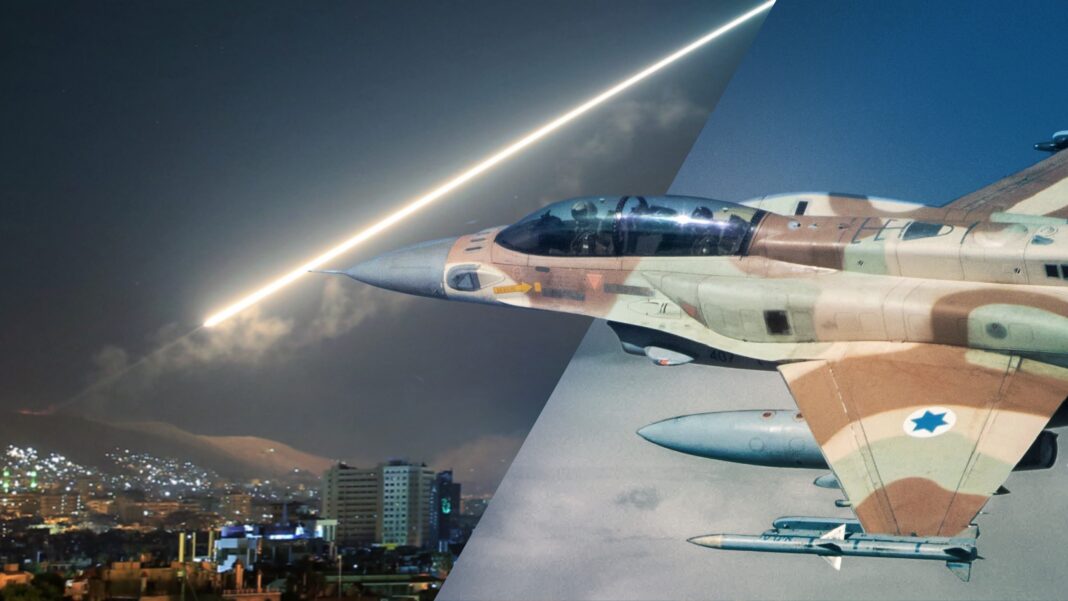 Syrian state media is claiming to have intercepted an Israeli missile strike over the capital Damascus, while military defectors say the missiles may have been targeted at Iranian-backed proxy militias.

Central and southern areas were hit, according to a Syrian Armed Forces source, who said material damage was sustained, but failed to disclose the locations.

Some media agencies said the targets included the Homs province along the rugged border with neighboring Lebanon, which is under the control of the Iranian-backed Shi’ite Hezbollah terror group.

The London-based Syrian Observatory for Human Rights (SOHR) said that 5 SAF soldiers and 3 foreign fighters were killed in attacks on Homs, Latakia and Hama.

In a statement, SOHR said its activists heard explosions in the perimeter of Damascus international Airport, the Air-Defense Battalion in the Al-Dumayr district and other positions in the south-west of Homs Governorate, where ambulances were seen rushing to the targeted sites. Arsenals exploded in the al-Dumayr district 40 kilometers northeast of Damascus in the Rif Dimashq Governorate, said the organization, while other blasts in the Hama and Latakia Governorates were believed to be “due to air-defense systems which launched several surface-to-air missiles, attempting to intercept the Israeli rockets.”

SOHR noted that “regime forces and Iranian-backed militias were seen on high alert in the perimeter of Damascus international Airport for unknown reasons since early June.”

In addition, the group said it had documented the “death of a man ‘collaborating’ with the 4th Division and the Lebanese Hezbollah, succumbing to his wounds sustained in an IED explosion in al-Mu’alaqah village in al-Quneitra countryside” near the border with Israel’s side of the Golan Heights on 3 June, in which others were injured.

The IDF has not responded to the latest reports. The Israeli military has launched hundreds of strikes against Iran-linked military targets in Syria and weapons convoys en route to Hezbollah over the years, but rarely acknowledges the operations publicly. Jerusalem leadership has repeatedly declared that Iranian entrenchment just over Israel’s northern frontier will not be tolerated.

If confirmed, the incident marks the first such missile raid since Syrian President Bashar Assad secured a 4th, 7-year term on 26 May in what international community condemned as a sham election. It would also be the first such alleged strike since Israel’s Operation Guardian of the Walls conflict with Gaza ended in a 21 May truce; and the last raid by unknown aircraft on Syria’s Mediterranean port of Latakia in a pre-dawn attack near Russia’s Khmeimim Air Base on 5 May.

Western intelligence sources say Israel’s stepped-up strikes on Syria since last year are part of a shadow war approved by the United States. The campaign is viewed as part of an anti-Iran policy over the past 2 years that has succeeded in undermining the Islamic Republic’s extensive military power without sparking a major escalation in hostilities.

Intelligence sources cited by Reuters say that over the last year Israel has expanded its targets across Syria, where thousands of Iranian-backed militias have been involved in recapturing much of the territory Assad had lost to insurgents in the decade-old civil war.

The Islamic republic was eager to be rid of President Trump’s immense pressure and sanctions on the terror funding country. Under Biden’s administration, Iran is quickly being given incredible leeway to move forward in its efforts against Israel, just as was the case under Obama.

Earlier this month, Prime Minister Benjamin Netanyahu stated that Israel, with regards to Iran, may be placed in a position in which it will have to choose between “friction with the US and removing an existential threat.”

Damascus’s destruction could also be a catalyst to the Ezekiel 38-39 war in which Russia, Iran, Turkey, and others come together from the north, with weaponry supplied by Russia, to attack the Jewish state.