Carlson, Whitlock: What The Left Support Is ‘Satanic’—In ‘Direct Objection To God’ 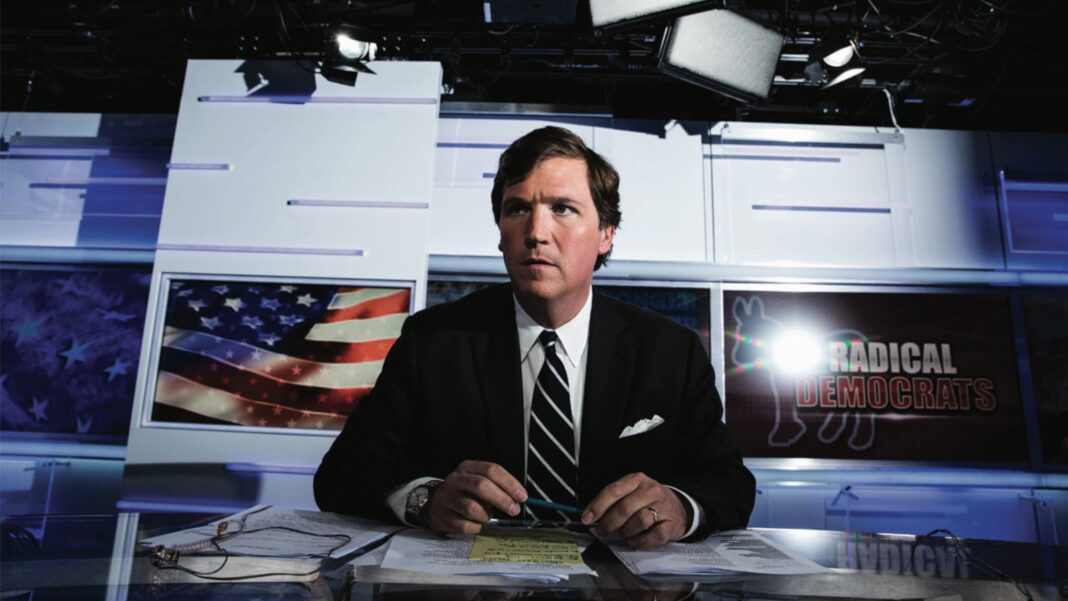 “What do you think — I’ve always wondered this — what is the actual support for the ideas?” Carlson asked. “Not, you know, do you like Trump or Biden? But, for example, do you think men can get pregnant? Or do you think some races are morally superior to other races? Like the core ideas of the Democratic Party. How many Americans actually believe that stuff, would you guess?”

Explaining he thinks the actual number is probably quite low, Whitlock said, “Tucker, I’m going to say something difficult to unpack in this short amount of time, but it’s what I truly believe. I think a lot of what the Left supports is satanic. I’m just sorry. It’s in direct objection to God, in direct objection to the Judeo-Christian values that were at the foundation of this country. And those Christian values are why we made so much progress in terms of freedom and humanity and the way we treat everybody.”

“I see a lot of what’s going on here is — I’m just sorry, I’m a man of faith, I was raised in the church, this stuff is satanic,” he concluded. “That’s what’s at the foundation of a lot of this stuff.”

Carlson agreed, adding, “Well, I’m a pretty mild Protestant, personally, but I completely agree with you, especially the gender stuff. When you say you can change your own gender by wishing it, you’re saying you’re God, and that is satanic. I completely agree.”

“Let me translate that for you: If you were born a biological man but feel like a woman, go for it. Seek out your true destiny. That’s why Tucker Carlson responded to my declaration that a lot of what the left supports is satanic by mentioning the transgender issue,” he continued.

Going on to say it was not his intention to single out people with gender dysphoria, Whitlock said that all sin is satanic, including the ones he struggles with.

Pinpointing what he described as the satanic elements of Marxism, Black Lives Matter, and the corporate media, Whitlock concluded, “A lot of what the political left supports is satanic. I admit the satanic nature of my gluttony and other sins. I wish the left would own, acknowledge, and repent its sins.”

Ken Ham, in response to this article, wrote:

Here is what we know for sure about the battle: “For we do not wrestle against flesh and blood, but against the rulers, against the authorities, against the cosmic powers over this present darkness, against the spiritual forces of evil in the heavenly places” (Ephesians 6:12); “Be sober-minded; be watchful. Your adversary the devil prowls around like a roaring lion, seeking someone to devour” (1 Peter 5:8); “In their case the god of this world has blinded the minds of the unbelievers, to keep them from seeing the light of the gospel of the glory of Christ, who is the image of God” (2 Corinthians 4:4); Satan “… was a murderer from the beginning, and has nothing to do with the truth, because there is no truth in him. When he lies, he speaks out of his own character, for he is a liar and the father of lies” (John 8:44). “…and the whole world lies in the power of the evil one” (1 John 5:19). And remember this: “Submit yourselves therefore to God. Resist the devil, and he will flee from you” (James 4:7).