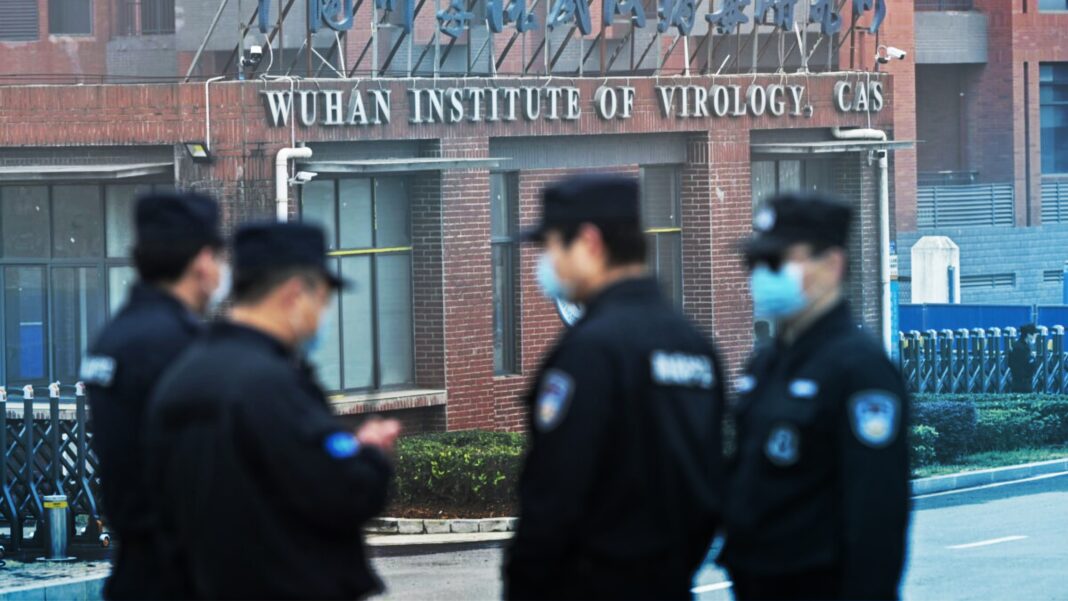 Wuhan and American researchers with EcoHealth Alliance and the Wuhan Institute of Virology (WIV) had a plan to release “enhanced airborne coronavirus particles” into Chinese bat populations to inoculate them against diseases that could jump to humans, according to a new report from the British newspaper Telegraph.

According to the report, EcoHealth Alliance submitted a grant proposal in 2018 — just 18 months before the first COVID-19 cases appeared — describing a plan to release “skin-penetrating nanoparticles and aerosols containing ‘novel chimeric spike proteins’ of bat coronaviruses into cave bats in Yunnan, China.”

Researchers also wanted to create chimeric viruses that were “genetically enhanced to infect humans more easily, and requested $14 million from the Pentagon’s Defense Advanced Research Projects Agency (DARPA) to fund the work,” the Telegraph reports. The papers show the researchers were hoping to introduce “human-specific cleavage sites” to bat coronaviruses, which would make it easier for the virus to enter human cells.

As the Telegraph noted, “When Covid-19 was first genetically sequenced, scientists were puzzled about how the virus had evolved such a human-specific adaptation at the cleavage site on the spike protein, which is the reason it is so infectious.”

The papers were released by Drastic, a web-based investigations team set up by scientists across the world to look into the origins of COVID-19. The papers were reportedly confirmed as genuine by a former member of the Trump Administration.

Drastic said in a statement, according to the UK paper: “Given that we find in this proposal a discussion of the planned introduction of human-specific cleavage sites, a review by the wider scientific community of the plausibility of artificial insertion is warranted.”

DRASTIC was recently made aware of documents provided by a whistleblower, which show that EcoHealth Alliance (EHA) in concert with the Wuhan Institute of Virology (WIV) attempted to carry out advanced and dangerous human pathogenicity Bat Coronavirus research that would clearly qualify as Gain of Function (GoF), in a grant proposal submitted to the Defense Advanced Research Projects Agency (DARPA) in 2018.

The grant proposal was submitted by Peter Daszak of EcoHealth Alliance, which has worked closely with the Wuhan Institute of Virology researching bat coronaviruses, and has received millions in U.S. taxpayer funds from the National Institutes of Health (NIH).

Jamie Metzl, a member of Drastic, tweeted Tuesday: “As a first step toward overcoming the shocking obfuscation & misinformation campaign, I call for Peter Daszak to immediately be removed from both @TheLancet #COVID19 commission & the @WHO convened int’l expert group on pandemic origins. Join me.”

Breitbart News has previously reported that the NIH provided a grant worth more than $3 million in U.S. taxpayer funds to EcoHealth Alliance for research between 2014 and 2019, with some of the money going to the Wuhan lab, as part of a grant entitled “Understanding the Risk of Bat Coronavirus Emergence.”

White House chief medical advisor Anthony Fauci has admitted some of the funds went to the Wuhan lab, but denied it was for gain of function research, or enhancing a virus to make it more effective. However, the Intercept reported earlier this month that the NIH grant money was used “in part to identify and alter bat coronaviruses likely to infect humans.”

The Intercept’s report was based on 900 pages of U.S. government documents obtained by the website through a Freedom of Information Act (FOIA) lawsuit. The documents revealed that some of the grant money Fauci’s National Institute of Allergy and Infectious Diseases (NIAID) gave to EcoHealth Alliance did indeed fund the Wuhan lab’s controversial gain of function research to create novel coronaviruses with the ability to infect humans, including a previously undisclosed SARS-related coronavirus engineered at the Wuhan lab that reportedly was demonstrated to be more pathogenic to humans than the virus from which it was originally constructed.

DARPA reportedly refused to fund the work, saying: “It is clear that the proposed project led by Peter Daszak could have put local communities at risk,” and warned that the team had not properly considered the dangers of gain of function research.

However, a University of London professor of oncology, Angus Dalgleish, said the research may have gone ahead even without the funding.

“This is clearly a gain of function, engineering the cleavage site and polishing the new viruses to enhance human cell infectibility in more than one cell line,” he told the Telegraph.

An anonymous COVID-19 researcher from the World Health Organisation (WHO) also told the British paper that it was alarming that the grant proposal included plans to enhance the more deadly disease of Middle-East Respiratory Syndrome (MERS).

“The scary part is they were making infectious chimeric Mers viruses,” the researcher said. “These viruses have a fatality rate over 30 per cent, which is at least an order of magnitude more deadly than Sars-CoV-2. If one of their receptor replacements made Mers spread similarly, while maintaining its lethality, this pandemic would be nearly apocalyptic.”

Former Sec. of State Mike Pompeo in June, stated that the evidence regarding the origins of the Coronavirus is clear and urged “It’s time for accountability.”

“We have a really good idea what happened here,” Pompeo stated. “There is an enormous amount of evidence that there was a leak from the Wuhan Institute of Virology. There is a pile of evidence a hundred feet high, I have high confidence that that’s the case. We pressed the Chinese Communist Party really hard – not just the State Department, but our CDC and others too.”

“We know enough now, the cover-up continues, and it’s time for accountability,” he added.

Many are shocked that China still has yet to be held accountable. If not for the origins of the coronavirus (of which the evidence has been overflowing), at the very least, you would think that they would be in hot water from the international community for their cover-up of COVID-19, deceit, and silencing of whistleblowers.

When most people think of “lawlessness,” they may picture in their minds images of looting, arson, destruction, etc. However, a significant form of “lawlessness” comes from corrupt world powers who do not abide by the law (internally or internationally) and are not held accountable for violating those laws.

Just as corrupt as the country that flagrantly feels they are above accountability, so too are the countries and organizations who disregard enacting justice and uncovering facts due to their individual benefit and political positioning.

The reason why China has not been held responsible is straightforward: Our world has become utterly lawless… Just as God’s Word said, it would be in the time preceding the return of Christ.

Jesus’s response is a detailed description of the condition of the world and what it will look like in the last days. Wars and rumors of wars, nation rising against nation, pestilences, and lawlessness, these being the beginning of sorrows.