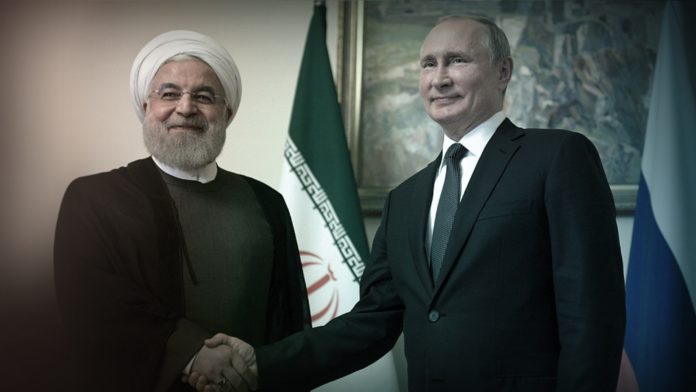 Russian President Vladimir Putin and his Iranian counterpart Hassan Rouhani met on the sidelines of the Eurasian Economic Council in Yerevan, Armenia, on Tuesday.

Iran’s Hormuz Peace Endeavor, a Gulf peace initiative unveiled at the recent UN General Assembly in New York, was one of the top issues on their agenda.

While the details of the initiative, which is supposedly aimed at upholding regional stability and global energy security, are yet to be rolled out, Rouhani’s comments hint that it is centered on a demand of US withdrawal from the region.

The two leaders also discussed the beleaguered 2015 nuclear deal, with Putin reportedly stressing Moscow’s support for the accord, as well as the bilateral relations between Russia and Iran.

Speaking on the sidelines of the event, Iran’s president also called on the international community to stand against America’s “hostile approach.”

The meeting came at a time of increased tensions in the Middle East, with Tehran accused by the US of being the ultimate perpetrator behind the September attack on two key Saudi oil installations.

It also follows the US decision to impose sanctions on Chinese companies importing Iranian oil as it seeks to pressure Tehran after withdrawing from the 2015 accord.

Also Read: Are the Attacks on Saudi Oil Fields Foretold in Scripture?