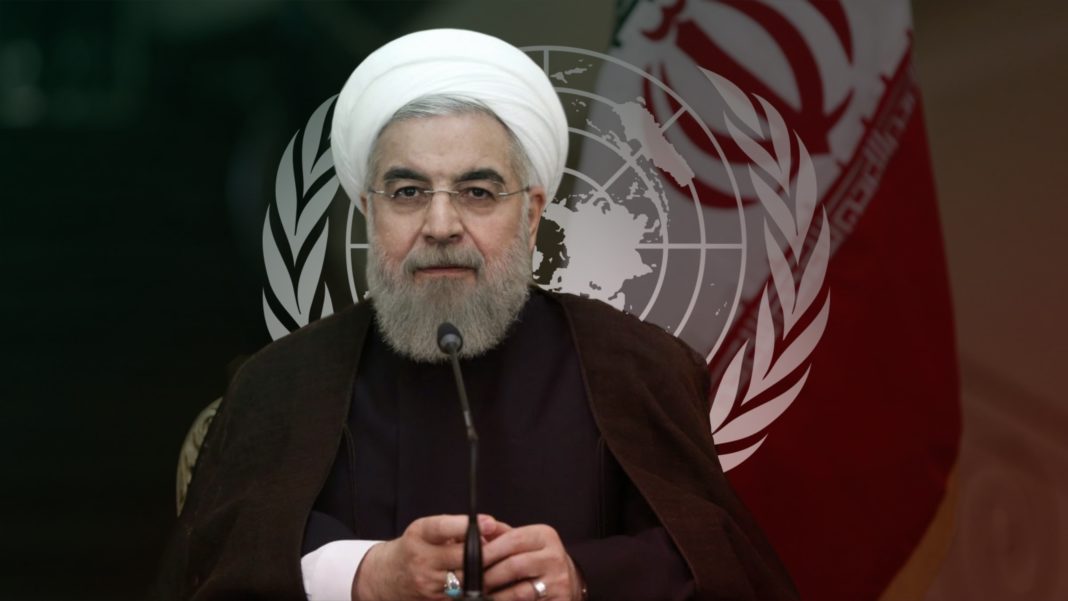 “Peace and Stability” is what Iranian President Hassan Rouhani said in his message to the nations ahead of the 74th U.N. General assembly, the Islamic Republic News Agency Reported.

“Our message to the world at the U.N. meeting is peace, stability and also we want to tell the world that the situation in the Persian Gulf is very sensitive,” Rouhani stated at New York’s John F. Kennedy airport on Monday, speaking with Iranian Media.

“I will also get the Iranian nation’s message across to the international community. The Iranian people are suffering from a cruel economic war. Iran is a nation of resistance and wants everyone to return to their commitments and laws,” He added.

The Iranian President is on a four day trip to the U.S., where He will address the United Nation General Assembly on Wednesday.

On Monday Britain, France and Germany said of the attack, ”It is clear to us that Iran bears responsibility for this attack. There is no other plausible explanation.”

“The time has come for Iran to accept negotiation on a long-term framework for its nuclear programme as well as on issues related to regional security, including its missiles programme and other means of delivery,” Britain, France and Germany said.

Iran’s statements bear a striking similarity to the prophetic warning given in 1st Thessalonians 5:3:

“For when they say, Peace and Safety, then sudden destruction cometh upon them as travail upon a woman with child; and they shall not escape.”

The verse is from a letter by Paul to the Church of Thessalonica. Paul in the midst of correcting doctrinal confusion about the Rapture of the Church, explained what would happen in the world at the end of the Church age. Following the verse Paul reminds the church that they have a responsibility to watch and be sober.

1 Thessalonians 5:4-6 KJV – “But ye, brethren, are not in darkness, that that day should overtake you as a thief. Ye are all the children of light, and the children of the day: we are not of the night, nor of darkness. Therefore let us not sleep, as do others; but let us watch and be sober.”