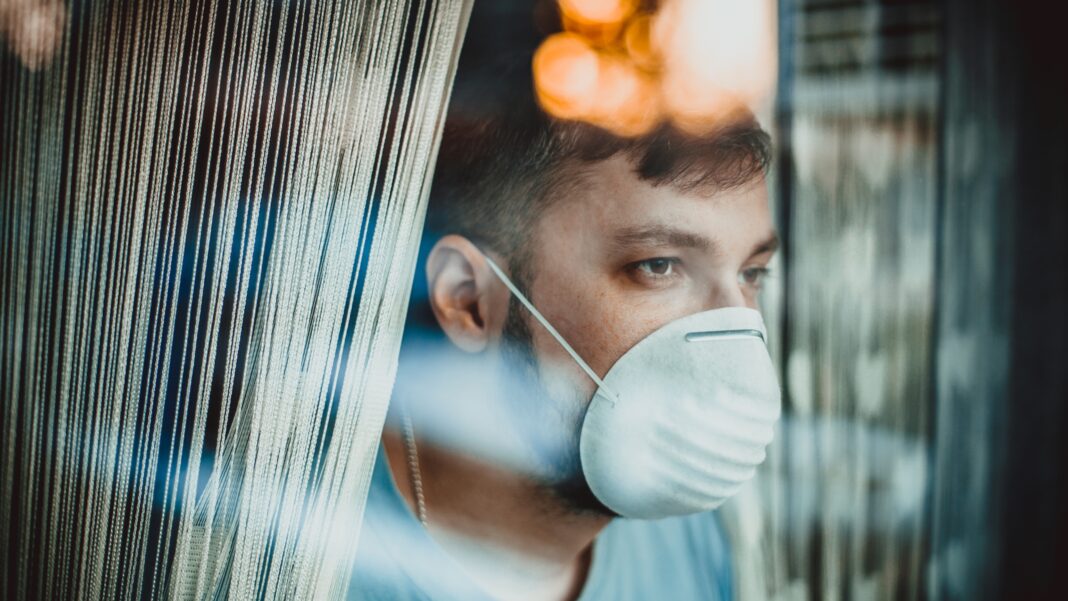 Dennis Prager – As many observers have noted, staying safe has become a religion. “Safetyism,” as it is sometimes called, like all religions, places what it values — in this case, being safe — above other values. Safetyism explains the willingness of Americans to give up their most cherished values — including liberty — in the name of safety for the last year and a half.

Millions of Americans not only gave up their right to go to work, earn a living, attend church or synagogue, and visit friends and relatives, but they even gave up their right to visit dying relatives and friends. One can assume that nearly every person recorded as having died of COVID-19 died without having a single loved one at their bedside from the moment they entered a hospital until their death. The acceptance of such cruelty — irrational and unscientific cruelty, one might add — can only be explained by the failure of generations of schools and parents to teach liberty, while successfully teaching the worship of safety. If your father had to die alone, it was worth it for the sake of safety; if your mother had to be in what amounted to solitary confinement in a nursing home for more than a year, that, too, was worth it for the sake of safety. And, of course, if political leaders and leaders in science and medicine have to lie for the sake of safety, so be it; truth, too, is less important than safety.

None of this is new. Twenty-five years ago, I wrote and broadcast about the willingness of Americans to watch individual rights crushed in the war against smoking, and especially in accepting the absurdity of the allegedly lethal dangers of secondhand smoke. No one denies that intense exposure to secondhand smoke can exacerbate preexisting illnesses such as asthma. But the anti-smoking zealots’ claim that 50,000 Americans die each year from exposure to secondhand smoke is nonsense. For example, in 2013, the Journal of the National Cancer Institute reported that there was no statistically significant relationship between lung cancer and exposure to passive smoke.

Yet, in the name of that nonsensical 50,000-a-year claim, people were forbidden not only to smoke on airplanes — which on courtesy grounds alone was appropriate — but even in smoke shops. In the city of Burbank, California, run for decades by leftists who, like all leftists, have contempt for personal liberty, smoking is banned even in cigar shops. Despite the fact that no one is forced to work in any cigar shop, and even if the shop is well-ventilated, no smoking is permitted.

What is important to note is that these irrational prohibitions on personal liberty bothered no one except smokers. The number of nonsmoking citizens of Burbank who objected to these laws was probably zero. Had Burbank announced a ban on alcohol, there would have been a revolt — despite the fact that at least half the instances of spouse- and child-abuse are accompanied by alcohol, and every instance of death, brain damage, paralysis and other permanent injury caused by a drunk driver is caused by alcohol. Has anyone been killed by a smoking driver? Has anyone been murdered, or any child or spouse been molested or beaten because the murderer or abuser had been smoking?

So, the safety zealots learned from the anti-smoking and anti-secondhand smoke crusade the great lesson that if you told Americans something wasn’t safe, you could deprive them of their rights and they would willingly go along with it. And, for the record, this is equally true in virtually every country in the world. “Safety uber alles.”

They didn’t only learn this lesson from the anti-smoking fanatics. For two generations now, safety has increasingly deprived Americans of joys as well as freedoms. Children, in particular, have been so coddled that American children of the last two generations have probably had far less joy and far more fear than children of any previous American generation. Young children cannot take walks on their own lest child protective services be called; diving boards, once found on nearly every home swimming pool, are widely banned; and monkey bars and seesaws have been removed from playgrounds. As an article in the Australian website Babyology headlined: “Monkey bars are dangerous and must be removed from playgrounds, experts say.”

Young people up to age 15 cannot fly without adult supervision by the airline. Why not? I flew alone from Miami to New York when I was 7 years old, and no one thought my parents acted in any way irresponsibly.

Two Norwegian scientists, Ellen Sandseter (Queen Maud University College of Early Childhood Education) and Leif Kennair (Norwegian University of Science and Technology), wrote a study on children and risky play published in Evolutionary Psychology in which they concluded: “We may observe an increased neuroticism or psychopathology in society if children are hindered from partaking in age-adequate risky play.”

The desire to lead as safe a life as possible is a major factor that explains why fewer and fewer young Americans are getting married and even fewer are having children. Neither marriage nor having children is safe. Both are filled with risks. The headline of an article this past week on NBC’s “Today” show website reads, “Child-free adults are just as happy as parents, study finds.”

Aside from the question of whether one can compare the happiness of two groups of people with entirely different experiences (would it be meaningful to say that most dogs are happier than human beings?) — or even whether one can expect honest answers (how many people claim their choices in life made them unhappy?) — the article well illustrates the point of this column. “Be safe” would certainly include not getting married and not having children.

Very few would have the audacity to deny the coronavirus restrictions have been placed above the importance of personal liberty.

For many people, the compliance came through a genuine fear of the virus, which was stoked by media and politicians. For others, we saw that handing over their freedoms was acceptable because it presented an opportunity to place themselves on a moral high ground. However, some were terrified by the consequences of saying “no.”

Whatever the reason, what was an unprecedented loss of freedom in the west, now has precedent in the future… that precedent may very well be exploited by the approaching antichrist system spoken of in the Bible (Revelation 13).

Through Scripture, Christians should remain fearless of the virus and the likely grave consequences that will follow it.

The Bible states that God has “not given us the spirit of fear; but of power, and of love, and of a sound mind” (2 Timothy 1:7). That was a verse many clung to at the beginning of COVID uncertainty.

There is another reason Christians should not be gripped with fear, despite all that we are seeing take place… our Blessed Hope (Titus 2:13). Luke 21:28 says that when we see the things Jesus predicted would happen in the end-times begin to happen, we should “look up, and lift up your heads; for your redemption draweth nigh.”

David Fiorazo summed it up perfectly when he said, “Circumstances always change. God and His promises are eternal. He offers true peace and stability to those who look up and wait for our blessed hope and the appearing of our great God and Savior, Jesus Christ.”

Adding, “Fear not, friends. We are here for such a time as this!”