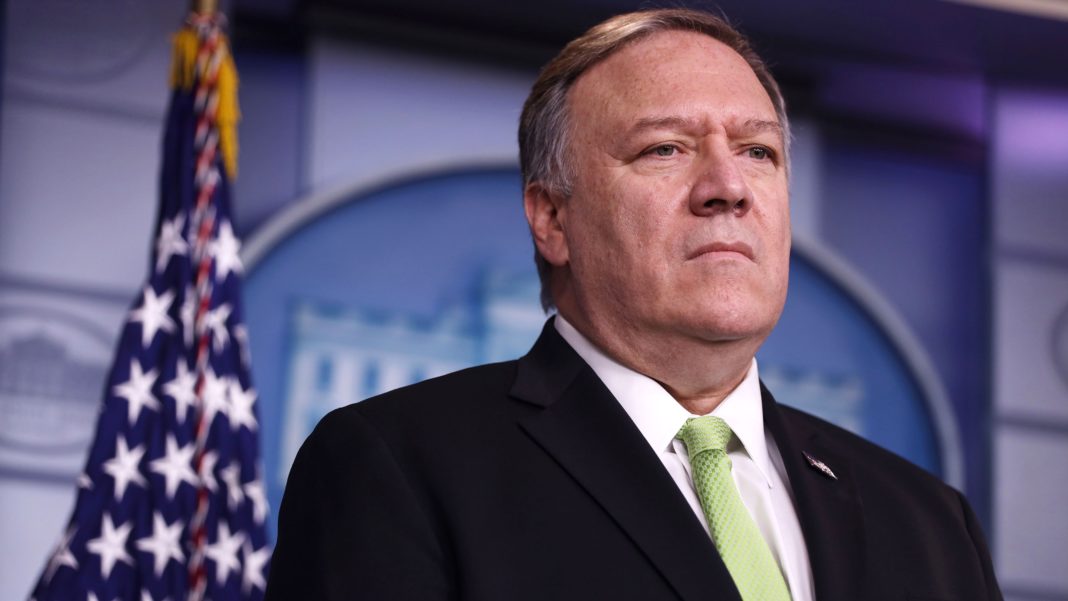 The new visa restrictions appear subject of broad interpretation by the Department of Homeland Security (DHS) given they apply to any “Chinese officials who are believed to be responsible for, or complicit in, policies or actions aimed at repressing religious and spiritual practitioners, members of ethnic minority groups, dissidents, human rights defenders, journalists, labor organizers, civil society organizers, and peaceful protestors,” according to a just released statement by Secretary of State Mike Pompeo.

Even family members of those communist party officials whose visas will be blocked or revoked can be targeted, according to the official statement.

“China’s authoritarian rulers impose draconian restrictions on the Chinese people’s freedoms of expression, religion or belief, association, and the right to peaceful assembly,” Pompeo began in his statement. “The United States has been clear that perpetrators of human rights abuses like these are not welcome in our country.”

As Pompeo recalled, this new action is on top of prior travel restrictions: “This year, the United States has imposed visa restrictions and financial sanctions on CCP officials involved in the horrific abuses taking place in Xinjiang, restrictions on access to Tibet, and the destruction of Hong Kong’s promised autonomy, ” he said. “Today’s action creates additional restrictions applicable to all CCP officials engaged in such repressive activities, no matter their location.”

The Trump administration has announced new punitive actions and sanctions targeting Chinese officials and companies on a near daily bases, continuing from last week:

Again, this is yet further evidence the Trump administration is not backing off the anti-Beijing pressure campaign even in the final weeks of his presidency.

Indeed the pressure appears designed to “box in” Biden on China, and these measures will be hard to roll back – likely taking months to do so at the very least, assuming the political appetite to reverse the policy is there.

The Supreme Court on Feb. 26 told California’s Canta Clara County that it may not enforce a ban on indoor religious services in response to the CCP virus pandemic. Earlier...
Read more
Berean Review

Source - February 27, 2021
The Supreme Court on Feb. 26 told California’s Canta Clara County that it may not enforce a ban on indoor religious services in response to the CCP virus pandemic. Earlier...