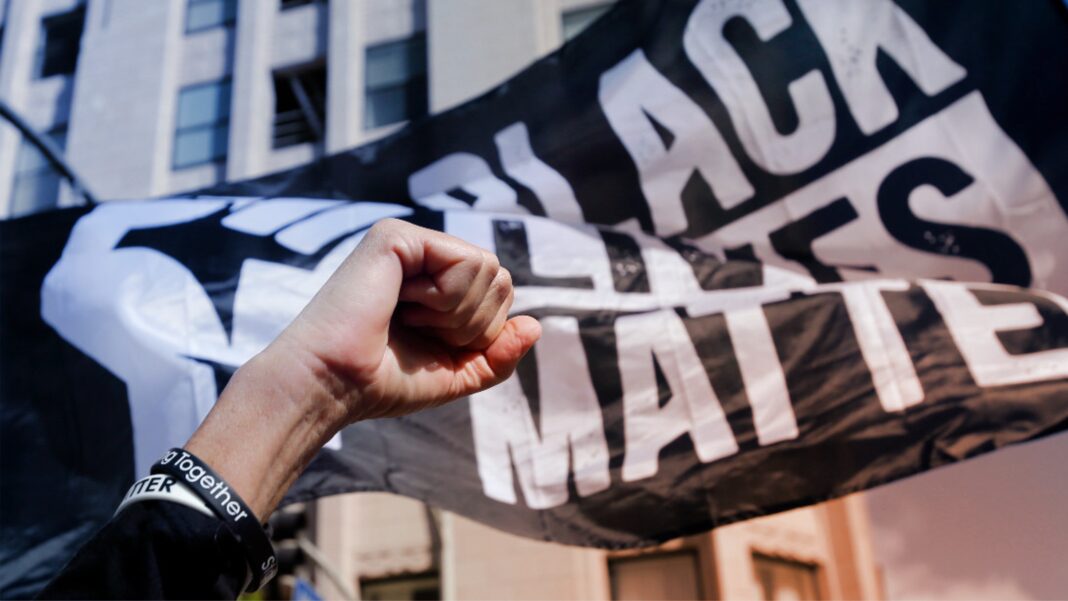 The Pentagon is reportedly working with an extremism analysis company that considers the web search “the truth about Black Lives Matter” and others to be signs of interest in or engagement with White supremacism.

According to Defense One, the contractor Moonshot CVE, which has ties to the Obama Foundation, is working on data that would identify which military bases and branches have the most troops searching for domestic extremist content. While that particular project’s contours are unclear, the company previously released a June report, in conjunction with the left-leaning Anti-Defamation League, on purported “White supremacy trends in the United States.”

In it, the U.K.-based company said it “monitored a list of almost 1,600 indicators of interest in or engagement with White supremacism, focused specifically on anti-Black and anti-Semitic narratives being used by extremist groups.”

As examples, it listed the search phrases “George Floyd deserved to die,” “Jews will not replace us” and “the truth about black lives matter.”

For “the truth about black lives matter,” the group said: “This search suggests that the BLM movement has nefarious motives, and is a disinformation narrative perpetuated by White supremacist groups to weaponize anti-BLM sentiment.”

It adds: “While the search phrase appears innocuous, several books include it in their title and allege that the BLM movement is ‘joined with Antifa burning and looting.’ These sources echo White supremacist disinformation narratives alleging that BLM protesters are trying to ‘overthrow the republic’ and ‘harm American citizens in a Marxist coup,’ as a means of delegitimizing it. Multiple videos on YouTube also promote these narratives – in particular the criminalization of BLM – using the identical phrase.”

Moonshot did not respond to Fox News’ request for comment. Neither did the Defense Department.

It’s unclear why the Pentagon chose a U.K.-based company for monitoring purported U.S. extremism. The Center for Security Policy raised concerns about the company in an article last month in which it highlighted how Moonshot CEO Vidhya Ramalingam served as a leader in the Obama Foundation’s Europe program.

She also participated in a panel hosted by the highly controversial Southern Poverty Law Center and has ties to other left-leaning organizations. As the Center for Security Policy notes, she authored a paper that acknowledged financial support from Open Society Foundation, the group founded by liberal billionaire George Soros.

Defense One reported last week that Ramalingam met with the Pentagon’s chief diversity officer, among others, but declined to disclose to the outlet the findings in her report on U.S. military bases. She added, however, “When we look at bases for each branch as compared to national averages, there is disproportionately low engagement on most bases.

Ken Ham, founder of Answers in Genesis, has spoken up about the true nature of the organization “Black Lives Matter.” Sadly, as Ham explains, many people, including Christians, have not conducted due diligence on what the group actually espouses:

BLM ideologies, he states, are rooted in anti-Christian Marxism and call for the disruption of the “nuclear family” (a mother, father, and children).

“Although the page on their website has since been taken down, the Black Lives Matter organization has previously stated on their ‘what we believe’ page that they stand for the dismantling of the ‘Western prescribed’ nuclear family—which means the family unit as God intended,” Ham wrote.

“While many people (sadly, including many Christians) blindly hashtag #BlackLivesMatter on their social media posts and use BLM language in a well-intentioned effort to fight racism, the group isn’t really about putting an end to racism at all,” he warned. “It’s an anti-biblical group that stands against the God-ordained family unit, marriage as one man and one woman, gender as male and female, and so much more. They want a complete upheaval of nearly every societal norm (many of which are rooted in America’s Christian heritage).”

It is worth noting that of the statements red-flagged by the Pentagon Contractor, “the truth about black lives matter,” flags as extremist those seeking more information about the organization.

Does this mean that groups such as BLM should blindly be followed because the political left says so? Does this mean those looking for the facts before expressing an opinion are should be identified and monitored for extremism? That should be deeply concerning to us all.

In Isaiah 5:20, we read, “Woe unto them that call evil good, and good evil; that put darkness for light, and light for darkness.”

The Bible speaks of a time in which men of “corrupt minds” would “resist the truth:”

2 Timothy‬ ‭3:1, 8-9‬ ‭KJV‬‬ – “This know also, that in the last days perilous times shall come… Now as Jannes and Jambres withstood Moses, so do these also resist the truth: men of corrupt minds, reprobate concerning the faith. But they shall proceed no further: for their folly shall be manifest unto all men, as theirs also was…”