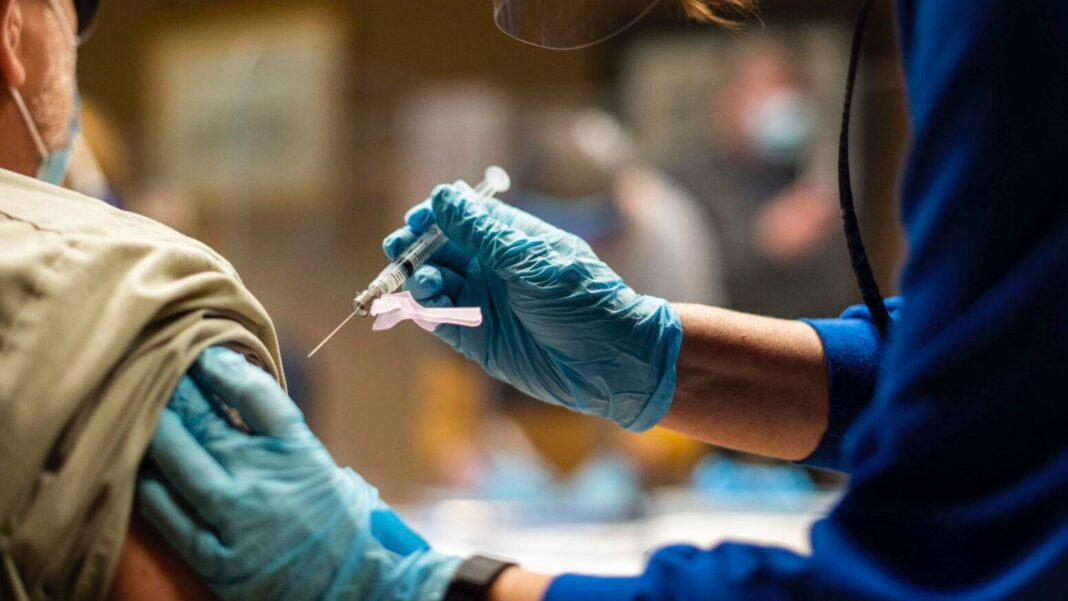 The Occupational Safety and Health Administration (OSHA) has suspended the implementation of its federal vaccine mandate affecting roughly 80 million workers in the U.S. after the U.S. Court of Appeals for the Fifth Circuit granted a motion to stay its COVID-19 Vaccination and Testing Emergency Temporary Standard (ETS).

According to the court order, OSHA is to “take no steps to implement or enforce the Mandate until further court order.”

“While OSHA remains confident in its authority to protect workers in emergencies, OSHA has suspended activities related to the implementation and enforcement of the ETS pending future developments in the litigation,” OSHA added:

OSHA published the Emergency Temporary Standard (ETS) this month, laying out the requirements for employers who employ over 100 workers.

The legal challenges came swiftly following the announcement of the rule, which requires employers with over 100 employees to mandate vaccines or implement rigorous testing requirements. The cost of the latter remains on unvaccinated employees, amounting to a “work tax,” as OSHA, specifically, “does not require employers to pay for any costs associated with testing.”The rule prompted businesses, as well as multiple states, to take action, deeming the rule unconstitutional.

“This is 500 pages of a government of a bureaucracy — a government that is being run by executive edict, not in accordance with the typical constitute processes, and the state of Florida is going to respond,” Gov. Ron DeSantis (R) announced following the release of OSHA’s rule.

“And we will combat the OSHA rule. As soon as it’s published, Florida will be joining with Georgia and Alabama, as well with private plaintiffs to file suit,” he vowed.

The rule, which could affect 80 million American workers, was slated to go into effect January 4. The rule includes “planned inspections” as well as hefty fines for violators — up to $14,000 for first offenses.

The case is BST Holdings, L.L.C v. the Occupational Safety and Health Administration, No. 21-60845 in the United States Court of Appeals for the Fifth Circuit.

Tony Perkins, President of the Family Research Council, in his article, “Vaccine Mandate Sticks It to Freedom,” wrote:

[Many States understand] this road [of vaccine mandates] will lead to an endless string of intrusive dictates that will have far-reaching consequences for civil liberties, conscience rights, religious freedom, human dignity, parental rights, and more.

Individuals and their doctors should be making health care decisions, she argued, not the government. It may be easier to institutionalize one side’s opinion — “But you know what? We call that communism… We are a nation of freedom, free people, and free choice… [The Left] wants power and control.” And yet, as long as these troubling questions go unanswered, Americans have a responsibility to draw a bright red line and resist — otherwise, it will only be the beginning of the end of our rights. As a nation, we must decide: do we want to accept this soft despotism? Or will we work for freedom?

David Fiorazo, in his recent article, “Conscience, Corruption, Shots, and States Rights,” wrote about Biden’s vaccine mandates and how the democrats are using it to “overpow[er] the citizens they were appointed to serve.”

“Since our founders established a system in which all three government branches were accountable to the people, they would most likely be astonished today that the people for which the Constitution was written have done little to oppose the massive growth, recklessness, and unchecked power of the United States government,” he wrote. “Using Executive Orders and mandates, Joe Biden has way too much power at his disposal. The three branches of government are no longer equal and tragically, a handful of justices now dictate public policy, overpowering the citizens they were appointed to serve.”

“Our founders realized the human heart is wicked, and they had the insight to place checks and balances on government,” Fiorazo stated. “They were rightly concerned the fed might seize powers from the states. Thomas Jefferson was one of many who warned that the courts could gain power little by little, advancing like a thief ‘until all shall be usurped from the states. And Biden Harris handlers have taken full advantage.”

“We truly do not give America’s founders enough credit for their wisdom, foresight, and recognition of the need for godliness among the people and those they elect to public office,” he continued.

“The current state of church and nation, however, goes beyond constitutional issues, health, or even medical tyranny. The stakes are eternal. Souls, truth, and righteousness are on the line, and our children are watching. Our freedoms will not last and the gospel could soon be outlawed if the majority of Christians, pastors, and concerned citizens remain casual observers, too busy to either know what’s really happening or to do anything about it,” he warned.