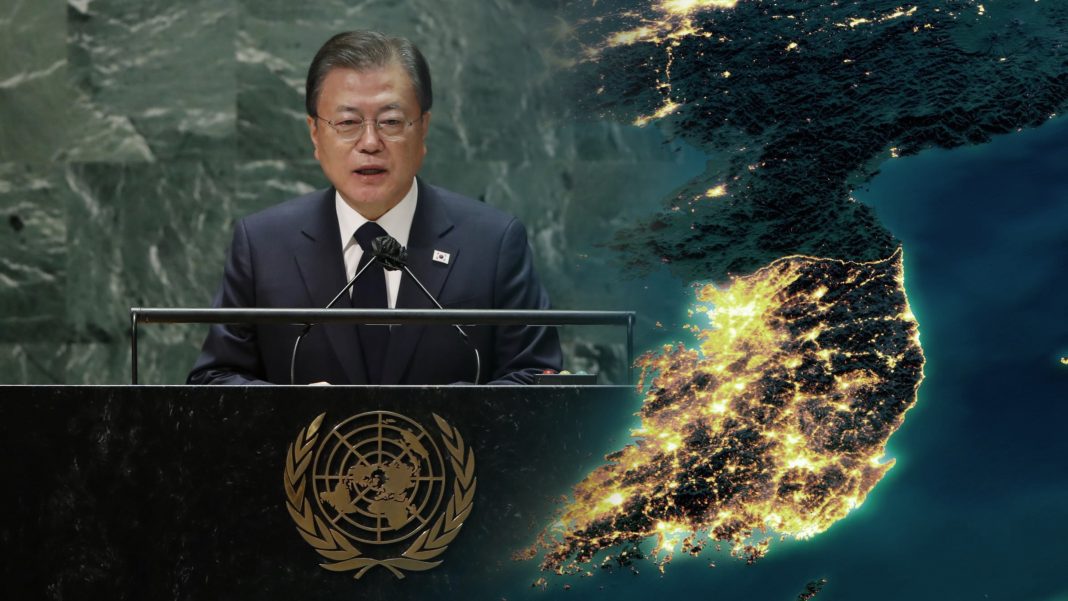 North Korea rebuffed South Korea’s push for a declaration to end the 1950-53 Korean War as a way to restore peace, saying Friday such a step could be used as a “smokescreen covering up the U.S. hostile policy” against the North.

In a speech at the U.N. General Assembly earlier this week, South Korean President Moon Jae-in reiterated his calls for the end-of-the-war declaration that he said could help achieve denuclearization and lasting peace on the Korean Peninsula.

North Korean Vice Foreign Minister Ri Thae Song dismissed Moon’s call as premature so long as U.S. policies were unchanged. “It should be clearly understood that the declaration of the termination of the war is of no help at all to stabilizing the situation of the Korean Peninsula at the moment but can rather be misused as a smokescreen covering up the U.S. hostile policy,” Ri said.

He said American weapons and troops deployed in South Korea and its vicinity and regular U.S. military drills in the region “all point to the U.S. hostile policy toward (North Korea) getting vicious day by day.” North Korea has also long described U.S.-led economic sanctions as proof of U.S. hostility against the North.

The Korean War ended with an armistice, not a peace treaty, leaving the peninsula in a technical state of war. North Korea has steadily wanted to sign a peace treaty with the United States to formally end the war and for subsequent improved relations, sanctions relief and the reduction or withdrawal of the 28,500 U.S. troops deployed in South Korea.

Both Koreas had called for an end-of-war declaration to be made during the period of diplomacy with the United States that began in 2018, and there was speculation then-President Donald Trump might announce the war’s end in early 2019 to convince North Korean leader Kim Jong Un to commit to denuclearization.

No such announcement was made as the diplomacy faded to a stalemate over easing the sanctions in return for North Korea denuclearizing.

In recent months, Kim has warned that North Korea would bolster its nuclear arsenal and introduce more sophisticated weapons systems unless the United States drops its hostile policy. Last week, North Korea conducted its first missile tests in six months, demonstrating its ability to launch attacks on South Korea and Japan, two key U.S. allies where a total of 80,000 American soldiers are stationed.

In Luke 21:24, Jesus says, “There will be signs in the sun, and in the moon, and in the stars; and upon the earth Distress of Nations with Perplexity, the seas and the wave roaring.” These things will be greatly increased and primarily take place during the seven-year Tribulation (from which the church is absent). However, with the current global state of turmoil amongst the nations, we can’t help but recognize the distress of nations Jesus describes in Luke 21 and Matthew 24, rising in our world today.