Netanyahu: We have No Better Friends than our Christian Friends 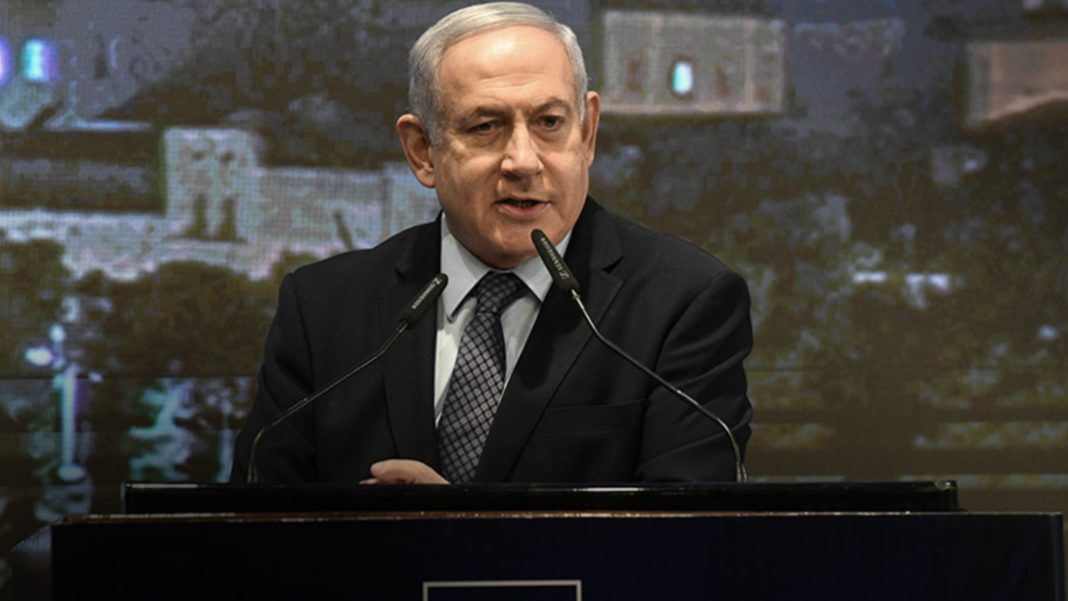 Prime Minister Benjamin Netanyahu addressed Christian journalists and dignitaries from around the world Sunday, as the 2019 Christian Media Summit kicked off in Jerusalem.

“The Jewish people are the only people in the world who live in the same land, speak the same language, have the same capital, and have the same religion and with the same name as they had 3,000 years ago,” said Netanyahu, citing the book Bible and Sword by Barbara Tuchman.

Netanyahu pledged to block any plan to divide the capital, saying the city would remain united under Israeli sovereignty.

“It will never be divided again – not as long as I have anything to do with it. It’s not going to happen.”

The prime minister recalled a conversation with President Trump prior to the relocation of the US embassy to Jerusalem, when Trump consulted with Netanyahu regarding the possible move.

“It is amazing that [Jerusalem] wasn’t recognized, and we have to congratulate President Trump for recognizing Jerusalem as Israel’s capital and moving the embassy here. And we also have to recognize Ambassador Friedman’s pivotal role in the action.”

“I want you to know that President Trump consulted with me before he made this move. And he said ‘What do you think will happen? Will there be a lot of violence? Will there be protests and demonstrations in the Arab world?’”

“I said: ‘Look, I can’t guarantee that there won’t be such manifestations of such protests. But I don’t think so.’”

“Anyway, he did it. And what was the result? Nothing.”

Netanyahu also lauded Trump’s decision to recognize the Golan Heights as sovereign Israeli territory, adding that the tepid reactions to the move proved that Israel is no longer the Middle East pariah state it once was.

“And there’s another place with a Jewish attachment. That place had a Jewish presence 2,000 years ago, which continued until the 8th century, until a great earthquake shook us from that place. We’ve discovered 30 ancient synagogues in the Golan Heights, and they have been remarkably reconstructed.”

“And again, President Trump decided to recognize the Golan Heights as a part of Israel, the sovereign State of Israel. And again, people said there would be a tremendous convulsion. And again, nothing happened. Why did nothing happen? Well, the reason nothing happened is something very big is happening: the transformation of Israel in the minds of many in the Middle East. It is no longer being perceived as an enemy, but as an indispensable ally against the common enemy of militant Islam; first, the one led by the militant Sunnis, Al Qaeda and Daesh [ISIS]; and the militant Shi’ites, led by Iran and its various proxies.”

“There is a clear shift” in the way moderate Arab states relate to Israel, “and this is important for peace. This is the way peace will ultimately be achieved.

The prime minister also touted the shared ‘Judeo-Christian’ values of Israel and the Christian world, saying Israel’s closest allies are its “Christian friends”.

“We have no better friends in the world than our Christian friends.”

“It is no accident that Israel is the only place in the Middle East where Christians are free to practice their faith.”

The summit, which continues from Sunday to Wednesday, is being held at the Orient Jerusalem hotel in the capital, and includes 150 media figures and dignitaries from 30 countries.

Sunday’s opening ceremony of the summit included the gala unveiling of the new Friends of Zion Museum, along with a new online ‘institute’ offering resources on Israel for journalists around the world.