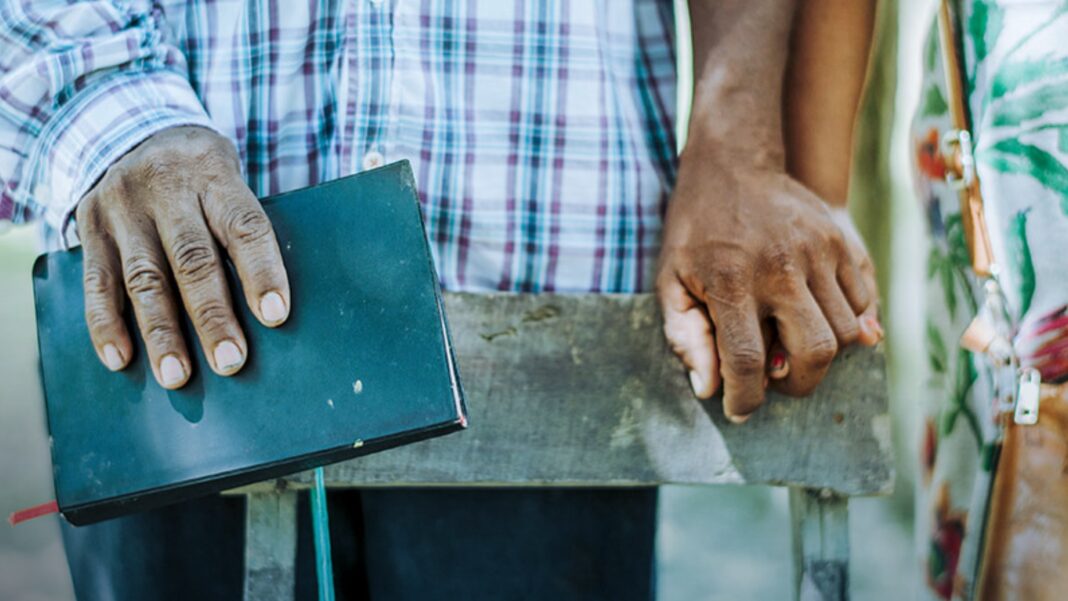 A mosque leader sent men to rape three female relatives of a church pastor in western Uganda because the imam’s wife put her faith in Christ, sources said.

The imam also sent a Muslim to the church’s worship services in the Kasese area to gather information for a future attack and (March 10th) sent a threatening message to the pastor, sources said.

The Feb. 16 rapes in Musasa village, Kasese District, of the pastor’s relatives, ages 19, 17 and 16, came two days after imam Caled Bwambale Hussein of Kasese municipality learned of the conversion of his wife, Mariam Mbambu, according to church members who said they learned of the imam’s orders from a Muslim sent to their worship services to help plan an attack on the church.

Mbambu put her faith in Christ on Jan. 30 and was baptized on Feb. 6. Her husband learned of her faith on Feb. 14, she said.

“When my husband interrogated me about being a Christian, I refused to answer him,” Mbambu told Morning Star News. “Soon a Christian neighbor told me that my husband was out to kill me, hence I should escape with my children. That particular day in the evening hours, I escaped with my five children. I am thankful that the church received us.”

The following two Sundays, a stranger visited the services of the Church of Uganda in Kasese, raising the suspicions of a church member who questioned him about his Christian affiliations.

“The visitor failed to respond, which led me to draw the attention of the pastor and church elders to him,” said the church member, whose name is withheld for security reasons. “The church leaders surrounded the stranger, known as Ali Masereka, who feared the possibility of mob justice by the members of the church. He pleaded for mercy and revealed that he had been sent on a mission by an imam of Kasese masjid [mosque] to inflict suffering on the Christians for the conversion of his wife to Christianity together with his five children.”

Masereka confessed that the imam had sent the men to rape the pastor’s relatives, according to the pastor, the Rev. Nelson Walina.

“He also said that he had been sent on a fact-finding mission to find out the whereabouts of his [imam’s] wife and children,” Pastor Walina told Morning Star News.

Masereka said his fact-finding mission was to help the imam prepare an attack on the church, church members said. Imam Hussein paid a total of 3 million Ugandan shillings (US$815,000) to 13 teenaged Muslims to attack the church, according to church leaders citing Masereka.

Church members reported Masereka to police, who arrested him on Feb. 29, the church source said.

The rape of Pastor Walina’s relatives was intended to cause shame and fear in the church and its leader, the church member said.

“One of the girls said that when they were surrounded before being raped, she heard one of the rapists saying, ‘Please do not harm them – we were sent only to bring embarrassment and a warning signal to the church,” the source said.

On Wednesday (March 10) Pastor Walina received a threatening text message from Imam Hussein, he said, which read: “I am giving you two weeks to send back my wife and children to me. If not, we are going to teach you a lesson that will make you regret for the rest of your life. Your church also stands at a high risk.”

“I do not know what they are planning to do,” Pastor Walina told Morning Star News. “We need prayers. I have reported the threats to the police who recently arrested Masereka. One thing that is clear to us as a church is that we are not going to reveal the whereabouts of our hiding sister, because we know that they are out to kill her and the children.”

He has received other threatening messages from people unknown to him, he said.

“I have been receiving messages alleging that my Christian activities of converting Muslims to Christ will be met with severe punishment,” Pastor Walina said. “We need prayers and to know how best to assist the new convert and her children.”

The assaults and threats were the latest of many instances of persecution of Christians in Uganda that Morning Star News has documented.

Uganda’s constitution and other laws provide for religious freedom, including the right to propagate one’s faith and convert from one faith to another. Muslims make up no more than 12 percent of Uganda’s population, with high concentrations in eastern areas of the country.