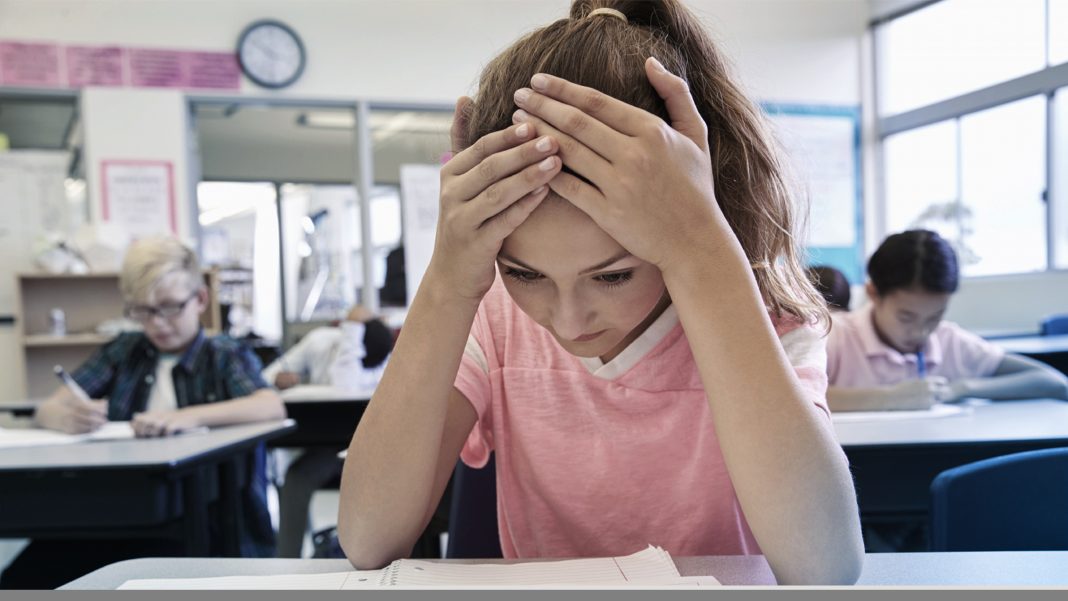 A Minnesota fifth grader told her school board that she and her classmates took an “equity survey,” and her teacher told a student he could not ask his mother to explain a question about “gender identity” to him. They were also told not to talk to their parents about the questions.

While some in politics, education and the media insist, “No one is teaching Critical Race Theory (CRT) in K-12 schools,” stories continue to surface about – you guessed – CRT concepts being taught in K-12 schools.

A Minnesota fifth grader told her school board that during the previous year, she and her classmates took an “equity survey,” and her teacher told a student he could not ask his mother to explain a question about “gender identity” to him. They were also told not to talk to their parents about any of the questions. “Gender identity” is part of CRT ideology about “intersectionality,” where various identities create a hierarchy of power and oppression.

My name is Haylee Yasgar. I was in fourth grade at Riverview Intermediate School last year. During distance learning I was asked to complete the equity survey. My teacher said that I could not skip any questions, even when I didn’t understand them. One question asked us what gender we identify with. I was very confused along with a lot of other classmates. A boy in my class asked my teacher if his mom could explain the question to him because even after the teacher explained it he still didn’t understand. My teacher told him that he was not allowed to ask his mom and that we could not repeat any of the questions to our parents.

I want the school board to know how uncomfortable and nervous this made me. My mom always tells me I can tell her anything, but she also tells me I can trust my teachers, too. Being asked to hide this from my mom made me very uncomfortable, like I was doing something wrong. Thank you.

According to AlphaNews, concerned citizens gathered at the board meeting to discuss the Sartell-St. Stephen School District shelling out $80,000 to Equity Alliance Minnesota for an audit of “racial inequities.” In describing itself, the Alliance says, “We work WITH organizations to support systemic equity and integration through careful and intentional use of professional development; external supports, including equity audits, facilitation and action planning; and student programming (emphasis theirs).”

The organization has operated since 1995 and partners with Minnesota school districts and points to resources such as the Alliance for Education Equity, an Equity Glossary and an Equity Library. Here are a few definitions and terms from their glossary, all of which are typical of CRT:

Haylee’s mom, Kelsey Yasgar, appeared on Fox & Friends with her daughter. She said, “The funny thing is we were informed that this equity audit was going to be taking place. But the survey itself – they didn’t inform us of the day it was taking place or we weren’t really sure (of) a lot of details behind it.”

Yasgar talked about the district’s CRT agenda, “It is 100% causing division among races in schools and amongst children. Children do not see color. They are taught to see color, and when you bring Equity Alliance of Minnesota into our school district, ‘equity’ is the mask that Critical Race Theory hides behind, and we are not okay with those types of ideologies being taught to our children at school. Politics do not belong in our schools. They’re there to be educated.”

Two organizations have formed within the school to push back against this agenda. Concerned Parents for Sartell Schools is a private Facebook group with 1,200 members and a goal to “Raise awareness and create a voice for parents and the community as a whole as it pertains to the future direction of the Sartell/St. Stephen School District regarding the recent equity audit. Above all we aim to ensure equal access and opportunities to every student and family in the district and within the community.”

The second group, Kids Over Politics has a website and has raised more than $9,400. Many parents wore T-shirts with the organization’s slogan, “Our C.O.R.E. Belief: Character Over Race Everytime” at the school board meeting. Their organization hired an independent auditor who reviewed the survey and its results, finding significant problems.

This evaluation goes through each of the six dimensions listed in the audit and details all of the omissions and errors. In virtually every case, the omission/error makes it impossible to understand what was found, aggregates information so that it cannot be used for school-level improvements, or misrepresents the data to imply that there is a racial or gender disparity in the data that statistical analysis of the data shows does not actually exist. In short, the graphs are flawed and the results are frequently misinterpreted to imply problems that the data do not prove exist.

Right from the very beginning of the Bible, we learn in Genesis that God created all humans in His image and that He created us male and female (Genesis 1:27). This fundamental truth, which is also confirmed by our eyes and science, is no longer being taught to children in schools. This politically fueled secularization of education is not new, but its increasingly brazen application has caused many parents to take notice.

Without knowing God’s Word, a person could stand continuously puzzled as to why children are the guineapigs of numerous radical agendas. However, through the lens of the Bible, we know that there is a spiritual battle behind Children’s education.

Former Secretary of State Mike Pompeo recently spoke at Calvary Chapel Chino Hills. During his Q&A with Pastor Jack Hibbs, he explained that he was very encouraged to see parents across the country say “not to my kids” and get involved.

“I’m encouraged. I watched people all across this country rising up. I can see it. people who said: You know what, I’m not gonna let them teach my kids that, I’m headed to the PTA meeting,” Pompeo observed. “I’ve seen people who are going to city councils. They’re speaking up. People who are running for school board, who’ve never thought about doing something like that before.”

“I believe deeply that this will come from the bottom. That it will come from people. It will come from local communities. People who rise up and say no, that’s enough, not to me, not to my kids, not to my grandkids,” he told the audience. “I’m encouraged by the response that believers all across this country have had and I am convinced that this nation is special, unique, exceptional, and that the Lord’s watching us.”