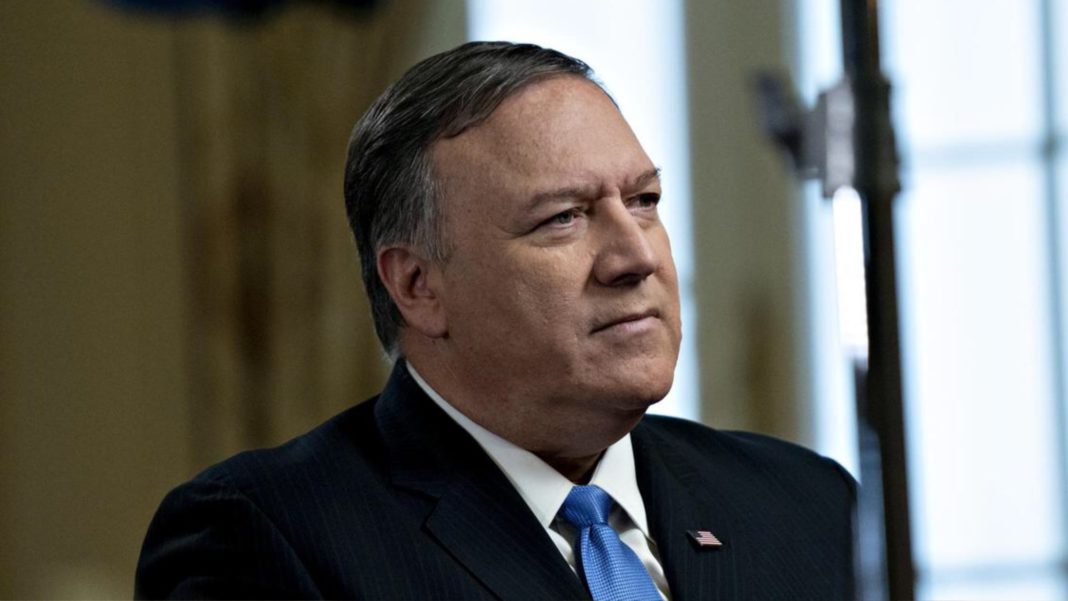 “This was an amazing group – our intelligence community working with the best military on the face of the earth, the best intelligence forces, your State Department, and the president made this decision very quickly in response to what was a real threat,” Hannity said. “What can you tell us?”

“It in fact was an all of government effort directed and led by President Trump. We identified a risk. The president talked about today that Soleimani, the terrorist, was engaged in active plotting,” Pompeo responded. “There was an attack that was eminent that could have killed dozens or hundreds of Americans. We found an opportunity, and we delivered. ”

“We brought all of America’s best and brightest together, found an opportunity, and took this guy – who you described pretty accurately as one of the worst terrorists ever to walk the face of the planet – we took him off the battlefield,” Pompeo continued. “We were successful at eliminating the risk that he would ever conduct a terror campaign anywhere in the world again or that he could put any American at risk one more time.”

Hannity continued by noting President Donald Trump’s words from earlier on Friday, when Trump said, “Soleimani was plotting imminent sinister attacks on American diplomats and military personnel, but we caught him in the act and terminated him.”

“We know the U.S. special representative for Iran, Brian Hook, also confirmed that,” Hannity said. “I was listening very closely to your comments yesterday, and I felt you were saying the same thing. How bad was this potential?”

“Yeah. We caught him, and we stopped him. That’s a good thing for the world,” Pompeo responded. “He was traveling the region when he landed in Baghdad. The travels before that put him in places all around the region which were aimed solely at building out what they were referring to as ‘the big attack.’ They were aiming to take down significant amounts of Americans.”

“It would have undoubtedly killed locals, too, Iraqis, Lebanese, Syrians, perhaps, people all throughout the region,” Pompeo continued. “This was an attack that would have been to some scale. We can’t talk much about the details, but suffice [it] to say, the American people can know that the decision that President Trump made to take Qasem Soleimani down saved American lives.”

Pompeo later added, “You know, one of the things I’ve heard today from some who have criticized President Trump, which I find odd, but the criticism has been with, ‘There’s no strategy.’ That’s willful blindness. There’s been a deep strategy that President Trump laid down now, goodness, almost 3 years ago. We’ve been delivering against that strategy … a central part of that is building out a coalition. The Saudis, the Emirates, all the partners in the Gulf, the Israelis, all working together, who recognize that the Islamic Republic of Iran is the problem in the region, not the others.”

Pompeo concluded, “We’re not going to appease any longer. We’re going to take on this challenge. And while the president made very clear, we don’t want war, that wasn’t the aim; it wasn’t the goal of the strike that we took or the strike that we took in response to the death of the American contractor on December 27. The goal was not to start a war; indeed, it was to stop it. President Trump has made equally clear that when American lives are at risk, he will act quickly, he will act decisively, will act to disrupt, and we will hope that that leads to deterrence as well.”

Two rockets landed inside of Baghdad’s Green Zone on Monday in what is now the third rocket attack in Iraq within one week – this time targeting the US embassy.
Read more
Asia

Beijing: "This is the logic of a brazen bandit. This is an open affront to the sovereignty of China. We sternly oppose that."
Read more