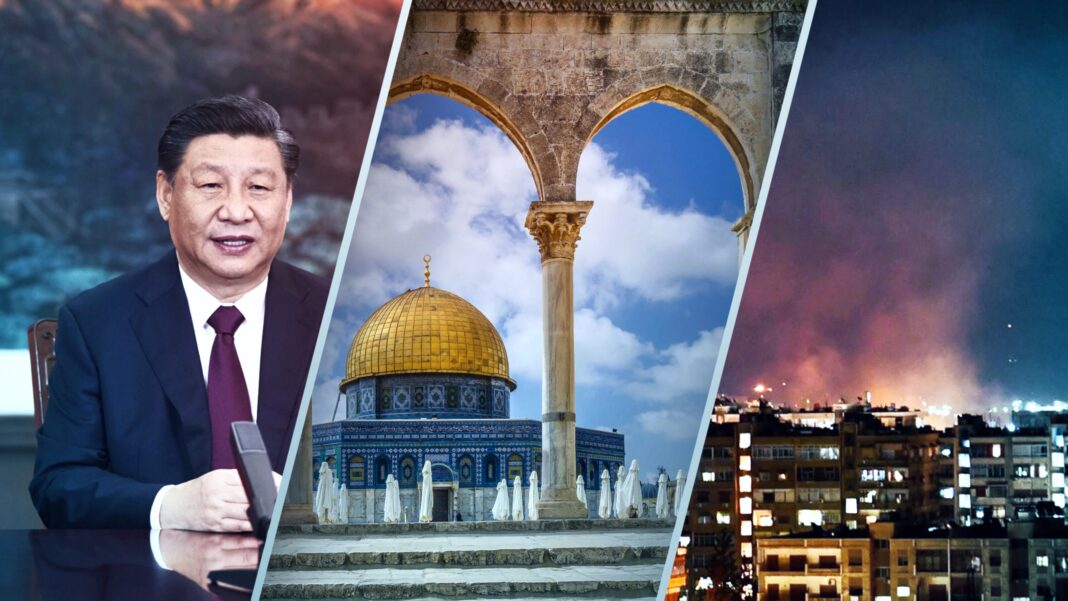 What is possibly the most concerning geopolitical situation facing us today is not in the Middle East, but in the Far East. Chinese President Xi Jinping continues to increase the strength of his rhetoric when it comes to Taiwan. “Taiwan independence separatism is the biggest obstacle to achieving the reunification of the motherland, and the most serious hidden danger to national rejuvenation,” he said in a speech at Beijing’s Great Hall of People. “The historical task of the complete reunification of the motherland must be fulfilled, and will definitely be fulfilled.” When Xi finally makes his move, it will be interesting to see if any of Taiwan’s western allies, including the US, will come to her defense. If they do, it could mean military confrontation. If they don’t, China will see a green light to physically move into what up to now has only been a spreading financial empire.

It seems that the situation between Iran and Azerbaijan is beginning to calm down. In a statement yesterday, Azerbaijan’s foreign ministry said, “The sides noted that recent rhetoric has harmed bilateral relations and that any differences should be settled through dialogue.” Both neighboring nations will seek to establish conversation that they hope will lead to an easing of the tensions. As per usual, Israel has become the scapegoat in many eyes. On Monday, Iranian Foreign Ministry spokesman Saeed Khatibzadeh stated, “The Zionist regime has taken insecurity and instability everywhere it went. The Zionist regime definitely wants to see this region as insecure.” I wonder if he could be referring to the two F-35I fifth-generation stealth fighter jets Israel has just “permanently stationed” in Azerbaijan?

Overnight Friday, Israel struck a shipment of Iranian drones stored at the T-4 Airbase near Palmyra, Syria. In the attack, six Iranian-backed Syrian fighters were injured and major structural damage occurred. Then, last night, the same base was attacked with Iranian Revolutionary Guard materiel targeted. In addition, there were reports last night of attacks in the Homs area

In an operation that Iraqi Prime Minister Mustafa al-Kadhimi called “one of the most difficult” that the nation’s intelligence service has ever carried out, Sammy Jassem Muhammad al-Jaburi, ISIS CFO and former best buddy of Abu Bakr al-Baghdadi, was arrested. Responsible for the financial side of the terrorist organization, the US State Department had leveled a $5 million bounty on his head

During Yom Kippur, Aryeh Lipo, a Jewish man, was removed from the Temple Mount for quietly praying, something that has long been forbidden, even by Israeli authorities. His attorney, Moshe Polsky, stated, “It is inconceivable that Jews in the Temple Mount area should not be allowed to mumble and pray even silently when Muslims on the mountain are allowed to do everything – pray, demand, play football, and riot while the police do not prevent this.” Last week, a ruling by the Jerusalem Magistrate’s Court agreed with the attorney’s logic and allowed the prayer. Not surprisingly, the Muslim authorities were up in arms over it. Then, on Friday, a higher court reversed the decision, once again barring overt Jewish worship on the Temple Mount. This came after an appeal by Police Minister Omer Barlev and pressure by the current US presidential administration who said they were concerned that the ruling could lead to an escalation in violence.

As you can see above, there is a lot happening in the world – particularly when it comes to the Middle East. If you want to hear some more of my thoughts about the top stories, check out my Middle East Update, entitled “What Do We Know About Israel’s Future?” Also, be sure to check out last Friday’s Middle East Update, “Has a War Between Israel and Iran Begun?” which digs into the growing tension between the two nations.