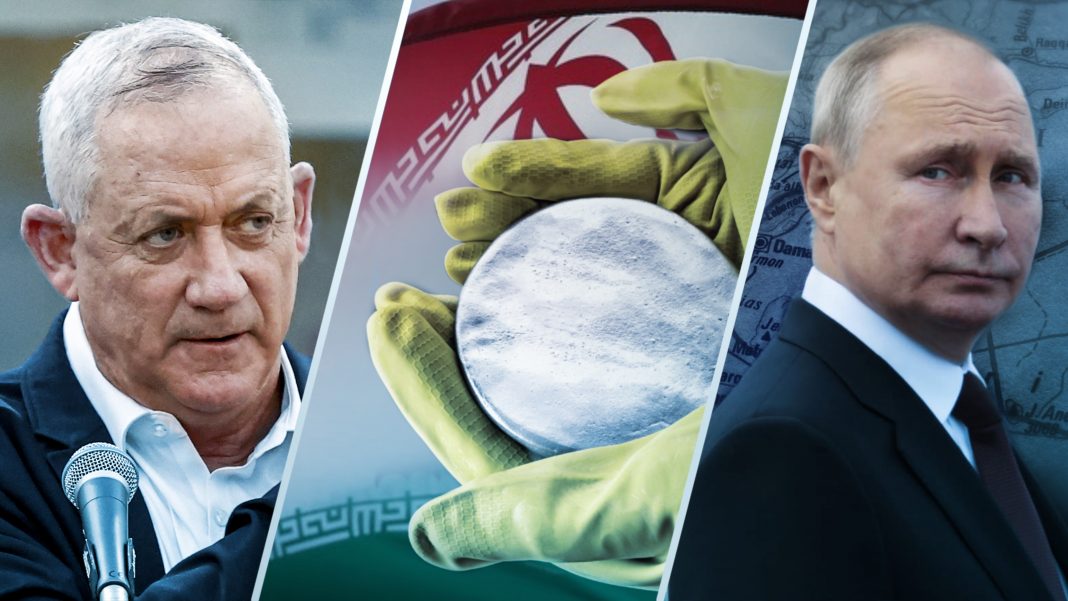 Rogue Iran continues in its rogue-ishness. Not only are they financially supporting many Islamist terrorist militias in Iraq and Syria, they are also training them. On Sunday, Israeli Defense Minister Benny Gantz accused Tehran of running a UAV training camp north of Isfahan, Iran. According to Gantz, the Kashan airbase was training “terror operatives from Yemen, Iraq, Syria, and Lebanon in flying Iranian-made UAVs (unmanned aerial vehicles).”

One of the groups that Iran is training is the Houthis, a Yemeni rebel group that is at war with Saudi Arabia. Just this last month they have carried out a number of UAV and missile attacks against the Saudis. This is what makes it so inexplicable that the U.S. has pulled out their advanced missile defense systems and Patriot batteries from Saudi Arabia. While the U.S. says it is just a matter of course and it is understood by both parties, Saudi Prince Turki al-Faisal said, “I think we need to be reassured about American commitment. That looks like, for example, not withdrawing Patriot missiles from Saudi Arabia at a time when Saudi Arabia is the victim of missile attacks and drone attacks – not just from Yemen, but from Iran.”

Reports suggest that Iran will be able to acquire the necessary uranium needed to build a nuclear bomb in less than a month. Once they have the quantity required, they could have up to three nuclear weapons in five months. Despite this revelation, the previously mentioned Minister Gantz said that he was prepared to accept a new Iran nuclear deal. His caveat was that they must not develop nuclear weapons. The logic behind this plan is similar to giving an arsonist kindling and matches but making them promise not to light a fire. Chalk up one more to Israel’s new government of change!

The Hezbollah-affiliated Lebanese Al-Mayadeen TV channel reported that there was an attack by an Iranian UAV against the Erbil airport in northern Iraq. At first it was suspected that it was aimed at U.S. assets in the region, but later it was reported to have been directed toward the headquarters of the Israeli Mossad in the area. Many are viewing this as a test of President Biden’s resolve against the Iranians. Not surprisingly, there has been nothing done about it.

The Taliban continues to show its true colors, breaking into the National Institute for Music in Kabul and destroying all the instruments. The reports of brutality and religious violence continue to pour out of the country. Across the border, the Pakistani Taliban has attacked the military in the North Waziristan tribal region, killing seven soldiers.

As the U.S. military was completing its departure from Afghanistan, one of its last acts was to send a Reaper drone to stop a car bomb attack that was about to take place. Evidence now shows that the driver of the car was actually a long-time aid worker who was only hauling water. Ten were killed in the attack, including seven children. Such a tragedy.

Three vehicles belonging to Hezbollah Iraq battalions were heavily damaged along the Syrian-Iraq border. The U.S. has denied the attack, and Israel, as usual, has declined to comment. Meanwhile, Russian President Vladimir Putin stepped out of his self-imposed, anti-COVID isolation to meet with Syrian President Bashar al-Assad. During their conversation, Putin jabbed at the U.S. and Turkey talking about foreign forces that are in Syria without a U.N. mandate. In light of the decline of America’s status in the Middle East and its soon departure from Iraq, it appears that Putin is ready to move in to take over the gas fields across the Euphrates. From there in eastern Syria it will be open ground for him to move into western Iraq.

In other political meetings, Iraqi Prime Minister Mustafa al-Kadhimi met the new Iranian President Abraham Raisi to discuss economic relations. This is all part of a long-range plan on the part of al-Kadhimi to place himself as the middleman between the Persians of Iran and the Arabs that make up much of the rest of the Middle East. The meeting between the two nations came one day after the prime minister announced that all American forces will leave Iraq by December 31.

Speaking of nations connecting, the new prime minister of Lebanon, Najib Mikati, has expressed a great openness to work with other countries. In a recent press conference, he stated that the government “will deal with anyone for the sake of Lebanon’s interest, with the exception of Israel, of course.” Oy! The anti-Semitism is no surprise. The concern derives from the fact that he is indicating an openness to cooperate with China, Iran, Syria, and even Taliban Afghanistan – anyone, as long as it isn’t them Jews!

In other “We hate the Jews” news, on 9/11 Al-Qaida released a new video celebrating their beloved leader, Ayman al-Zawahiri. What did they call it? “Jerusalem Will Not Be Judaized”, after a statement that the chief terrorist made in the video. I hate to break it to al-Zawahiri and his minions, I’ve been to Jerusalem many times. They’re a little too late.

In Israel news, Sunday saw the Israeli Air Force (IAF) striking Hamas targets in Gaza in response to a rocket launch towards Israel earlier in the day. Then more IAF flights occurred yesterday near the Lebanese border. It is unclear what was taking place, but it is very unusual to have military activity occurring on Yom Kippur.

In international relations news, Israeli Prime Minister Naftali Bennett met with Egyptian President Abdel Fattah el-Sissi. This took place during the first official trip of an Israeli prime minister to Egypt in over a decade. The result of the talks was that Egypt demanded that Israel cease its military operations in Gaza. In return, Egypt will work to stop the rocket launches. This is what Israel has always wanted. Without the weapons flying over the border into Israel there would be no need for retaliation.

In an amazing moment in the history of Israel’s foreign relations, Bahrain’s new ambassador to Israel, Khaled Al Jalahma, tweeted out that he experienced his first Shabbat dinner in Israel this past weekend. What made it even more special, he said, was that it was the first Shabbat of the New Year and the first anniversary of the Abraham Accords. Beautiful!

An update to the embarrassing story I told you last week of six prisoners escaping from an Israeli jail – five members of the Palestinian Islamic Jihad (PIJ) and one infamous terrorist, Zakaria Zubeidi. [Tonight, the IDF fighters, together with the secret service and the anti terror police unit, managed to locate the two remaining terrorists in Jenin and arrest them.]

After seeing the results from the governor’s recall election, if you ever had any doubt about where California, America, and the whole western world are headed – it’s towards chaos! This chaos will lead towards a cry for a new world system to govern. Remember, Noah was a minister of righteousness even though he knew a flood is coming! So we should all be! Do the right thing, which is to cling to the righteousness of God! Cling to your Savior, Jesus! Don’t fall into the lie of “Evil is going to reign, so what is the point of doing good”. Pray like never before and share the Good News like never before! God bless you all!