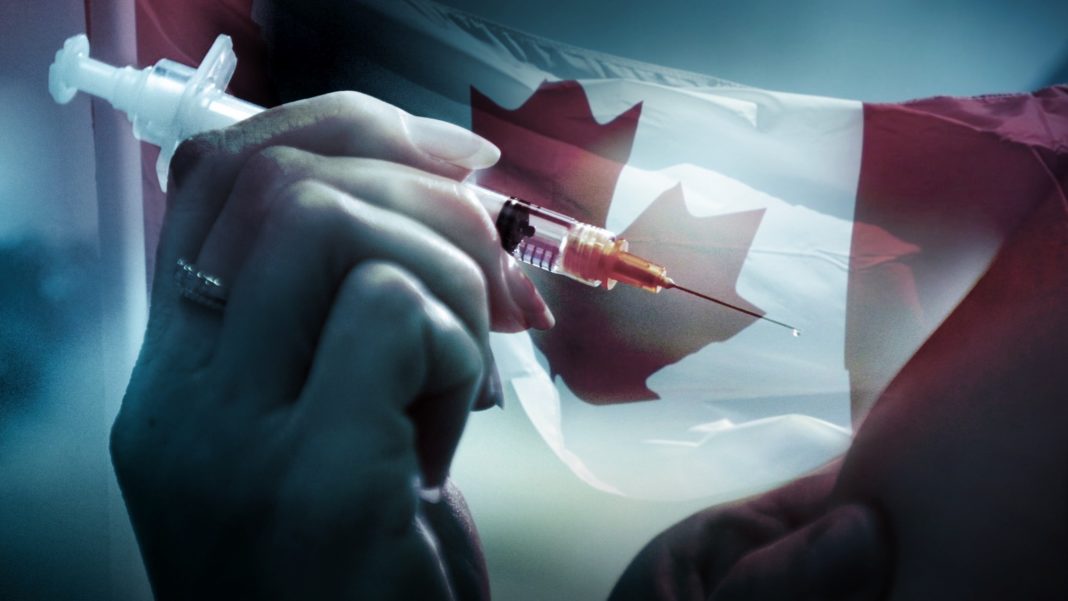 A new poll finds that the majority of Canadians – 60 percent – think that when a vaccine for coronavirus becomes available it should be made mandatory.

The survey, conducted by Leger and the Association for Canadian Studies, found that “60 percent of respondents believe people should be required to get the vaccine once it is ready.”

40 percent think it should be voluntary.

“It’s almost as if it’s seen as just another flu vaccine,” Bourque told The Canadian Press.

“I myself would have expected a higher number given the severity, given the crisis we’re in. But Canadians are kind of divided on this.”

Many experts have suggested that a vaccine may not even be successful due to the nature of the coronavirus family and the fact that it can mutate.

As we highlighted yesterday, one of the faces of Canada’s response to the coronavirus outbreak also appears to support punishing people who refuse to take the vaccine.

Canada’s current Chief Public Health Officer Theresa Tam appeared in a 2010 documentary in which she asserted that vaccine refusniks should be put under constant surveillance via electronic tagging.

“If there are people who are non-compliant, there are definitely laws and public health powers that can quarantine people in mandatory settings,” said Tam.

“It’s potential you could track people, put bracelets on their arms, have police and other set ups to ensure quarantine is undertaken,” she added.