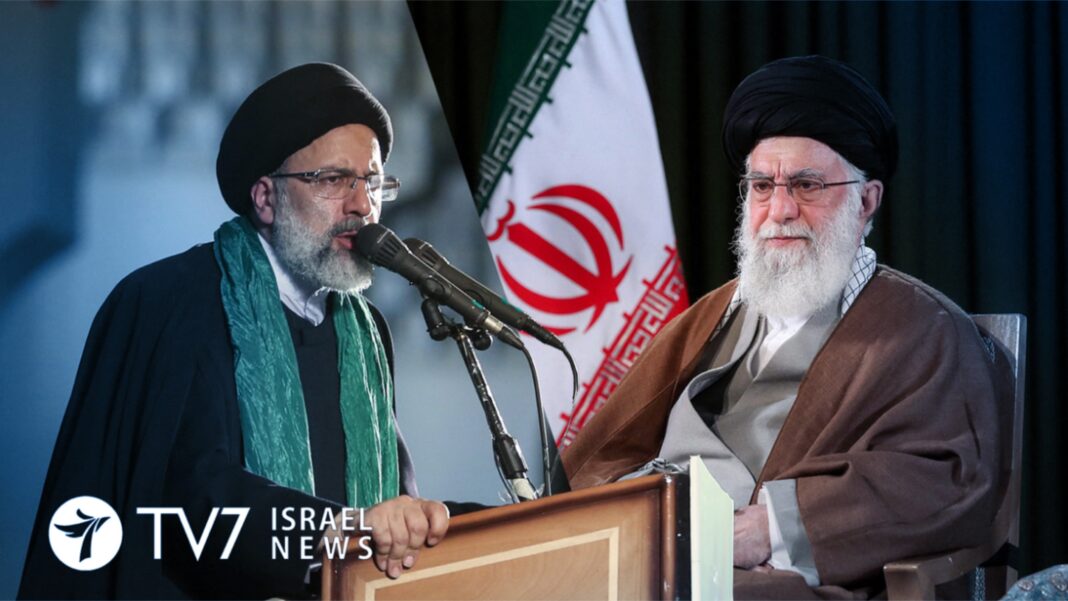 Iranians [voted yesturday] in a race likely to elect a new president who has been sanctioned by the United States for alleged involvement in executions of political prisoners.

The expected winner is hardline Judge Ebrahim Raisi, an ally and confidante of Supreme Leader Ayatollah Ali Khamenei. He also enjoys the critical backing of the Islamic Revolutionary Guards Corps (IRGC), a powerful institution which over the years has opposed reformist initiatives, overseen the suppression of protests and used proxy forces to assert Iran’s regional influence.

Raisi was appointed by Khamenei to the high-profile job of judiciary chief in 2019. The US imposed sanctions on him just a few months later over alleged human rights violations that include the execution of political prisoners in 1980s and suppression of unrest in 2009. The 60-year-old candidate has never publicly addressed the allegations nor has Tehran ever acknowledged the commission of mass executions.

Raisi’s ascent to the presidency is likely to alarm liberal Iranians and the US, particularly given President Joe Biden’s sharpened focus on global human rights.

Pragmatist technocrat, moderate former Central Bank Governor Abdolnaser Hemmati is Raisi’s main rival. Abdolnasser  warned during his campaign that a win for any hardliner will result in yet more sanctions imposed by outside powers, while he believes Iran could hold talks with longtime arch-foe the United States as long as Washington adheres to a “positive coexistence” with Tehran.

Meanwhile there is concern in Iran over a low turn-out for the vote, which is largely being viewed by analysts as a referendum on the leadership’s handling of an array of crises. Under pressure over rising inflation and joblessness, the clerical leadership needs a high vote count to boost its legitimacy, damaged after a series of nationwide demonstrations against poverty, frustration with hardline rule and political restrictions since 2017.

Official opinion polls indicate that only 44% of the country’s 59 million eligible citizens may go to the polling stations  – which would mark a significant drop from previous elections.

“Each vote counts … come and vote and choose your president,” urged Ayatollah Khamenei after casting his own vote in Tehran.

“I will vote for Raisi because he is the most capable candidate to bring back the country to our revolutionary values,” Mohammad Hosseini from the holy Shi’ite city of Mashhad told Reuters.

Hundreds of other Iranians – including prominent politicians and relatives of dissidents killed since Iran’s 1979 Islamic Revolution – have called for an election boycott, that is expected to be observed by record numbers of people.

Another potential deterrent for voters is the disqualification of hundreds of would-be candidates by the hardline vetting body’s, many of whom had advocated more political and personal freedoms. For an overwhelmingly young population straining against political restriction, the lack of choice at the ballot box means a vote serves little purpose, say analysts of Iranian politics.

“Why should I vote when it has no impact? Raisi will be the next president whether we vote or not,” said an Iranian journalist who asked not to be named due to security concerns.

Iranian leaders are aware of their vulnerability to anger over the economy and fear a revival of street protests demanding “regime change.” While Khamenei has the final say on all state matters, including nuclear and foreign policies, the elected president will be in charge of tackling an economy hammered by US sanctions.

“Raisi’s main challenge will be the economy. Eruption of protests will be inevitable if he fails to heal the nation’s economic pain,” said a government official cited by Reuters.

Over 50% of Iran’s 85 million population has been pushed under the poverty line since 2018, when then U.S. President Donald Trump ditched the 2015 Joint Comprehensive Plan of Action (JCPOA) nuclear deal and reimposed nuclear-related sanctions that have squeezed Tehran’s oil income.

Outgoing-Iranian President Rouhani, who is barred by the country’s constitution from seeking a 3rd 4-year-term, was weakened by Washington’s withdrawal from the JCPOA.

“Elections are important despite the problems and issues … I wish we didn’t have any of those problems since the registration day,” said Rouhani after casting his vote, a clear reference to the rejection of prominent moderate and conservative candidates from the race by a hardline election body.

A win for Raisi would confirm the political demise of pragmatist politicians like Rouhani, whose comments in favor of opening up to the world sometimes appeared at odds with intense suspicion of the West held by the Supreme Leader. Raisi, on the other hand, is not likely to stray from Khamenei’s anti-US stance, possibly further stifling rapprochement with the international community.

Even though Raisi maintains that the Islamic Republic ‘needs no help from foreigners,’ he said he does back his nation’s bid at the ongoing Vienna Talks with world powers to revive the JCPOA and break free of Western sanctions that have crushed Iran’s economy.

Securing the presidency would burnish Raisi’s chances of one day succeeding Khamenei at the pinnacle of power, say analysts.

Polls in Iran are set to close at 1930 GMT but can be extended for 2 hours. The results are expected around midday on Saturday.

Israel Carries Out Second Series of Strikes in Syria this Week