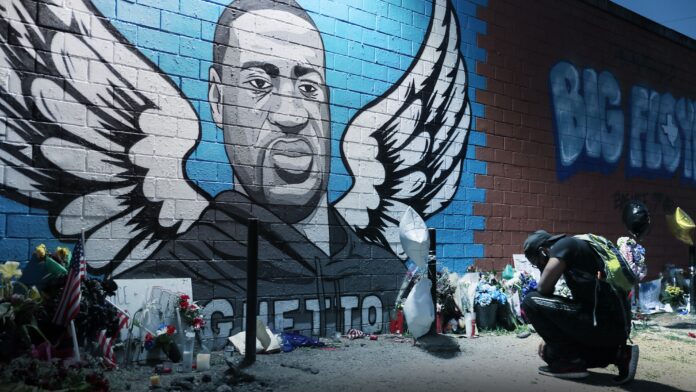 The hymn “O Sacred Head, Now Wounded” is believed to have originally come from a long poem, often attributed to Bernard of Clairvaux of France, written in or around 1153. The words were adapted over the centuries into hymns, in German as well as in English, and many churches still sing this hymn today. So, for nearly 1,000 years, in one form or another, Christians have read or sung these words in somber reflection of what Christ suffered and what he has done for us. But the hymn has been changed once again . . . and this time it worships someone altogether different from Christ. There’s only one word for it: blasphemy.

The “worship” band Porter’s Gate, which describes itself as “a sacred ecumenical arts collective reimagining and recreating worship that welcomes, reflects and impacts both the community and the church,” is releasing a new album of lament songs. One of the songs featured in this new album will be a new rendition of “O Sacred Head, Now Wounded,” entitled “O Sacred Neck, Now Wounded.” The difference between the two versions? As one reporter has pointed out, “the old hymn worshiped Jesus while the new one worships George Floyd.”3 Throughout the “hymn,” they clearly conflate Jesus and Floyd, and you can’t tell when they are speaking of Jesus and when they’re speaking of Floyd.

Here are the first and third verses of the song:

O Sacred Neck, now wounded, pressed down by blows and knees,
this son of God surrounded by silent enemies.
Will no one stop and listen? Will no one rise and speak
of violence and oppression which hanged You from that tree?

O Sacred Body, wounded, now breathless in the street,
Your people here press onward to be Your hands and feet,
Your mouth to speak Your justice, Your heartbeat for the poor;
Your life, it flows within us to break down prison doors!

If you’re confused why George Floyd is replacing Jesus in this hymn—and being given capitalized pronouns and called “Sacred,” typically reserved for use in referring to the divine—the band released a statement about it (after receiving “questions and inquiries”).

It is for these reasons we decided to release this original song which draws from the hymn “O Sacred Head, Now Wounded” in pondering the suffering of Christ, but also asking us as listeners and worshippers to contemplate where Jesus is still revealing His presence to us.

Here is the Bible passage they are referring to:

Matthew 25:35–40 KJV – “For I was an hungred, and ye gave me meat: I was thirsty, and ye gave me drink: I was a stranger, and ye took me in: Naked, and ye clothed me: I was sick, and ye visited me: I was in prison, and ye came unto me. Then shall the righteous answer him, saying, Lord, when saw we thee an hungred, and fed thee? or thirsty, and gave thee drink? When saw we thee a stranger, and took thee in? or naked, and clothed thee? Or when saw we thee sick, or in prison, and came unto thee? And the King shall answer and say unto them, Verily I say unto you, Inasmuch as ye have done it unto one of the least of these my brethren, ye have done it unto me.”

Jesus said that when we help the hungry, thirsty, sick, naked, and imprisoned, we are really doing it for him. But that does not mean Jesus is literally each of those troubled people—or that when we look at a hungry person we are looking into the very eyes of Jesus and should start singing worship songs directed towards them. This statement from Porter’s Gate is a complete misrepresentation and twisting of Scripture to try and rationalize what is nothing short of blasphemy. I hope more Christians will judge this song (yes, we need to judge according to God’s standards) for what it is and call this group to account.

God alone is worthy of our worship (Luke 4:8). Regardless of our feelings about any human being, cause, or event (and all of those should be compared against the authority of God’s Word!)—God alone is worthy of our worship. This new reimagining of the classic hymn directs worship to a human being, instead of the holy God. And no “statement” on their reasons will ever rationalize such a wicked offense.