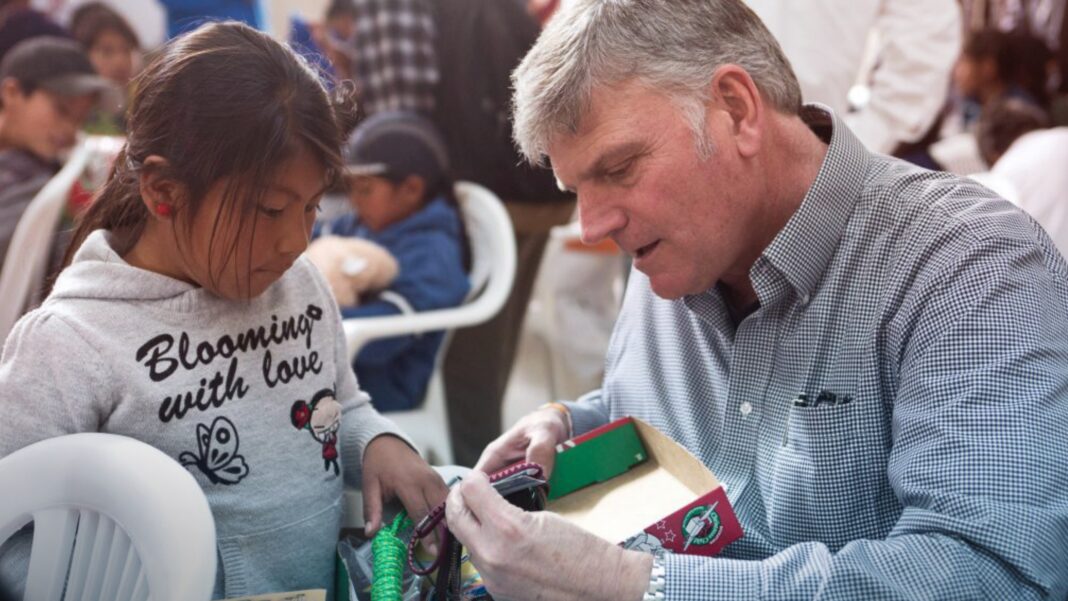 A Kansas middle school has decided to stop its participation in a popular Christmas program that collects toys, school supplies, and hygiene products for needy children after an atheist organization told the school such an effort was unconstitutional.

Liberty Middle School located in Pratt, Kansas was to participate in Operation Christmas Child, an annual program of the Christian nonprofit Samaritan’s Purse, an international relief agency led by Franklin Graham. The shoeboxes are filled with gifts and distributed by the charity to children around the world. In addition to the gifts, they receive a small booklet that tells of the gospel message of Jesus Christ.

Earlier this month, the Wisconsin-based Freedom from Religion Foundation (FFRF) notified the superintendent of the Pratt school district that a concerned staff member complained to them about the middle school’s Christmas project.

“The District must cease participation in Operation Christmas Child or taking any other actions promoting Christianity like including religious references over morning announcements,” the FFRF said in their Nov. 3 letter.

“While it is laudable for a public school to promote student involvement in the community by volunteering and donating to charitable organizations, the school cannot use that goal as an avenue to fund a religious organization with a religious mission,” FFRF wrote in their letter.

Founded in 1978, the FFRF claims to represent 33,000 members across the country. It describes its members as “free-thinkers (atheists and agnostics).”

On Nov. 7,  Superintendent Tony Helfrich responded to the group, writing the district was discontinuing its students’ participation in Operation Christmas Child.

In addition, the FFRF also alleged in its letter that a school vice principal had promoted Christianity and had invited students to participate in the annual “See You at the Pole” event.

“District staff must also be instructed not to in any way participate in, promoting, or endorse religious events like ‘See You at the Pole’,” the FFRF wrote.

This is not the first time an atheist organization has targeted Operation Christmas Child. In 2016, the American Humanist Association filed a federal lawsuit in Denver to stop Colorado students from putting together Christmas gift boxes for children in need.  The organization also fought the program in South Carolina schools in 2013.

Founded in 1993, Samaritan’s Purse has collected and distributed more than 178 million shoebox gifts to children in 160 countries, according to the Operation Christmas Child’s website.

As CBN News reported last November, one teenage girl had started her own shoebox club when was 8 years old.  At the age of 19, Evilyn Pinnow’s club was celebrating her 10,000th shoebox for a child in need.

In 2012, Operation Christmas Child asked Pinnow to deliver the organization’s 100 millionth shoebox to a girl in the Dominican Republic.

“Every box is an opportunity to reach a child with the Gospel of Jesus Christ. It’s about telling children around the world and their families that God loves them. God hasn’t forgotten them,” Franklin Graham said.