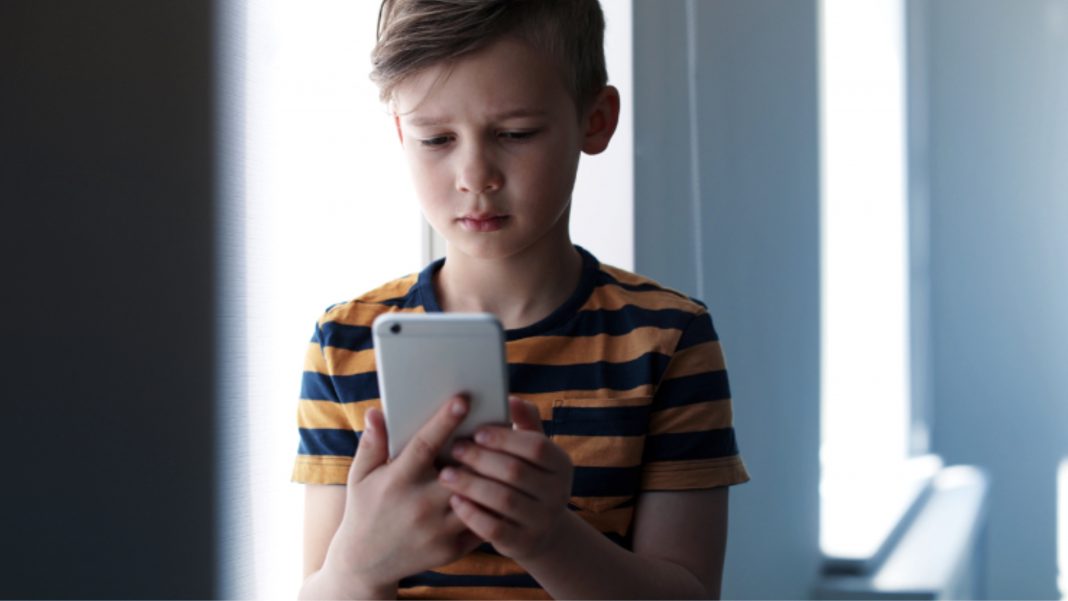 “Absolutely not getting swept up into another twitter cesspool so deleted tweet before it picks up steam! Obviously not an actual solution, but it is a real problem. Everyone take a deep breath,” she tweeted.

Gill then tweeted: “Apropos of nothing I really think if someone quickly deletes a tweet, it shouldn’t be screenshotted and shared like… just let it die, you know? no? no one else agree?”

Gill’s comments follow calls for children to be exposed to kink performances at Pride events throughout the month of June, such as a Washington Post op-ed published in late June that encouraged exposing children to “kink culture.”

“Yes, kink belongs at Pride,” read the headline of writer Lauren Rowello’s Washington Post piece. “And I want my kids to see it.”

“Children who witness kink culture are reassured that alternative experiences of sexuality and expression are valid—no matter who they become as they mature, helping them recognize that their personal experiences aren’t bad or wrong, and that they aren’t alone in their experiences,” Rowello wrote.

Joseph Fischel, an associate professor of women’s, gender, and sexuality studies at Yale University, wrote in a Boston Globe op-ed that “leather chaps and nipple clamps and boys kissing boys and girls kissing girls” provide models of “living and loving that many kids and teenagers attending Pride have never seen” or have only seen online in pornography.

“When parents or people ventriloquizing parents oppose public indecency at Pride on the grounds that it may upset children, the opposite is more likely the case: their children might like it, and that upsets the parents, not the children,” Fischel wrote.

Pastor Jack Hibbs in his Sunday message, brought the disturbing tweet to the attention of his Church. Hibbs explained the damage pornography does to youth and reminded the audience that the Word of God calls us to protect and defend the innocence of children:

Jesus said if anyone ever abuses a child in the day of judgment it will be better for that person to have never been born when I’m done with them. The experts have concluded that there is a direct correlation between sexual abuse and pornography among the young…

Unfortunately, this is not a joke. Flora Gill said:

Do you understand the idiocy of this lunatic? You’re going to ask a little kid for consent? Little kids are not capable of issuing consent. They don’t even know what the word means. They’re supposed to be protected by parents.

Listen according to the Word of God you and I are to defend our children’s innocence as long as possible. And then some knucklehead philosophy comes along and says, “oh no, I want my kid cultured. I want my kid immersed in the culture they live in. Not some protected little rose. She needs, he needs, to know what the world is all about.”

Isn’t that funny, king David couldn’t even figure that out when Bathsheba was across the street and you expect junior to handle himself? It leads me to believe that you’re not handling yourself. Romans chapter 1 verse 18 says, “for the wrath of God is revealed from heaven,” this is the reason why… Jude chapter 1 verse 7 says:

Jude 1:7 KJV – “Even as Sodom and Gomorrha, and the cities about them in like manner, giving themselves over to fornication, and going after strange flesh [The word ‘strange flesh’ is unsanctioned flesh. God is all for male-female union. ‘Strange flesh’ is male-male or female-female.] are set forth for an example, suffering the vengeance of eternal fire.”

This is so so sad.

More pastors need to be taking the time to discuss these issues with those in the Church. Parents need to be made aware that their children are being targeted and have a Biblical understanding of their responsibility in their role to protect their kids.

There is a spiritual battle behind these motivations. Satan is attempting to set children up for a lifetime apart from and in opposition to their Creator.