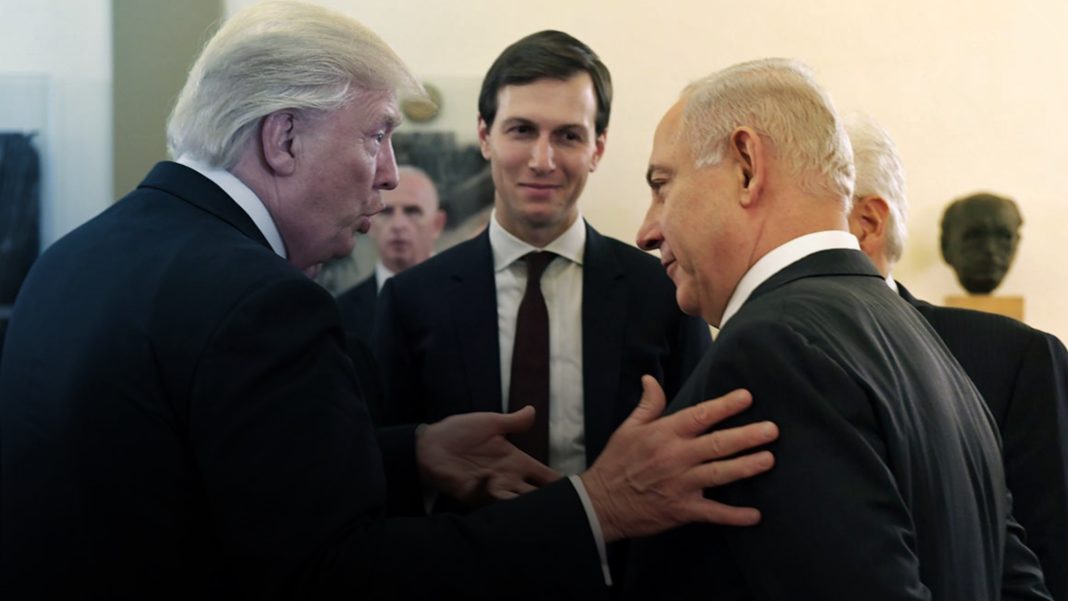 Jared Kushner, a senior advisor under former President Donald Trump’s administration, will launch a new peace initiative to build on the success of the normalization of ties between Israel and some of its Arab and Muslim neighbors.

He is founding the “Abraham Accords Institute for Peace,” to work on deepening agreements Israel reached last year with the United Arab Emirates, Bahrain, Sudan and Morocco, reported Reuters.

Kushner, who is Trump’s son-in-law, is reportedly writing a book on his experiences undertaking the intensive diplomacy that was an integral part of brokering the deals. Former US envoy Avi Berkowitz, and ambassadors to the United States from Bahrain, the UAE and Israel will join the former senior advisor in the endeavor.

According to Axios, the non-partisan, non-profit organization will have a five-year mandate and be funded through private donations.

According to a statement, it will focus on increasing trade and tourism between the five signatory countries — Israel, Bahrain, the UAE, Morocco, and Sudan — and developing programs to foster people-to-people connections between the countries.

It will also “provide analysis of the benefits of normalization and the potential benefits additional Arab countries can receive if they join the Abraham Accords.“

The agreements signaled an extraordinary moment in US foreign policy – one of the most successful undertakings by a president from either side of the political aisle.

US President Joe Biden has said that he aims to strengthen and expand the agreements, although his overtures toward Iran – a significant regional threat to most of the current signatories – could undermine that.

Upon its arrival on the world scene, the “Abraham Accords” undoubtedly tweaked the ears of Christians familiar with Bible Prophecy. The focus was only heightened when it was announced that many additional Arab Nations expressed interest in joining in on peace with Israel.

The Bible tells us that the Anti-Christ will “confirm” (make stronger) “the covenant” (agreement) “with many” (multiple nations but chiefly Israel) “for one week” (seven years) – Daniel 9:27.

By examining God’s Word, we know that the current “Abraham Accords” do not fit the bill for the Anti-Christ’s future agreement. But that doesn’t mean there is no possibility of this agreement being used by the Anti-Christ, where he could strengthen it and expand the list of nations involved.

Prior to the time this covenant with the Anti-Christ is signed, Christians will be pulled from the earth by God, in what is called the Rapture of the Church (1 Corin. 15:52, 1 Thess. 4:16-18, Titus 2:13, Rev. 3:10, etc.). This is done because the signing of the agreement will commence the seven-year Tribulation (Daniel 9:27). This will be a time when God’s wrath will be poured out on the entire planet, and be concluded with the second coming of Christ (see: the Book of Revelation)

Scripture tells us that “when these things begin to come to pass, then look up, and lift up your heads; for your redemption draweth nigh” (Luke 21:28).