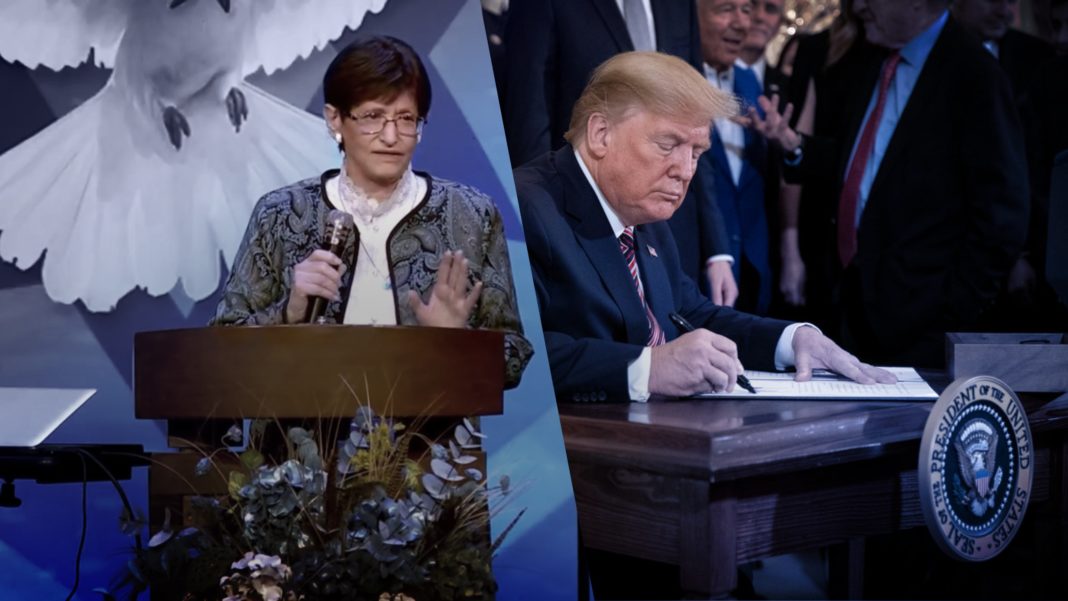 A Messianic Jewish leader is skeptical that the executive order signed on Wednesday by President Donald Trump targeting anti-Semitism on college campuses will have much of an impact on curbing the problem. Jan Markell, founder and director of Olive Tree Ministries, argues that the root of the problem is the sinful nature of mankind.

“… It seems that evil and sinful hearts want to pick on somebody – and the ones that they’re choosing to pick on right now around the world are Jews and Christians,” she tells OneNewsNow. “… I’m glad he’s doing this [but] until man’s heart is changed through Jesus Christ, things are going to continue to escalate.”

Markell sees the executive order as “further evidence that President Donald Trump may be the best friend both the nation of Israel and the Jewish people have had in the White House.”

Trump has closely aligned himself with Israel, including moving the U.S. embassy from Tel Aviv to Jerusalem and taking a hard line against Iran.

Trump has sought to closely align himself with Israel, a move that appeals to many evangelical voters, too. He said Wednesday that the order sends a message to universities: “If you want to accept the tremendous amount of federal dollars that you get every year, you must reject anti-Semitism. It’s very simple,” Trump said.

Under the order, the Department of Education will consider the International Holocaust Remembrance Alliance’s definition of anti-Semitism — which can include criticism of Israel — when evaluating discrimination complaints under Title VI of the Civil Rights Act. The department could withhold funding from schools that it finds in violation of Title VI.

The order comes as the Boycott, Divestment and Sanctions movement against the Israeli government for its alleged treatment of Palestinians becomes more prominent on some college campuses.

The Israeli government has urged allies to rein in the boycott movement.

“My administration will never tolerate the suppression, persecution or silencing of the Jewish people,” Trump said. “We forcefully condemn this anti-Semitic campaign against the state of Israel and its citizens.

Trump signed the executive order at a Hanukkah reception at the White House, the first of two on Wednesday. New England Patriots owner Robert Kraft and Harvard law professor Alan Dershowitz were among those in attendance who spoke in favor of Trump’s actions.