Israel To Expand Palestinian Foothold In W. Bank By 1,000 Homes 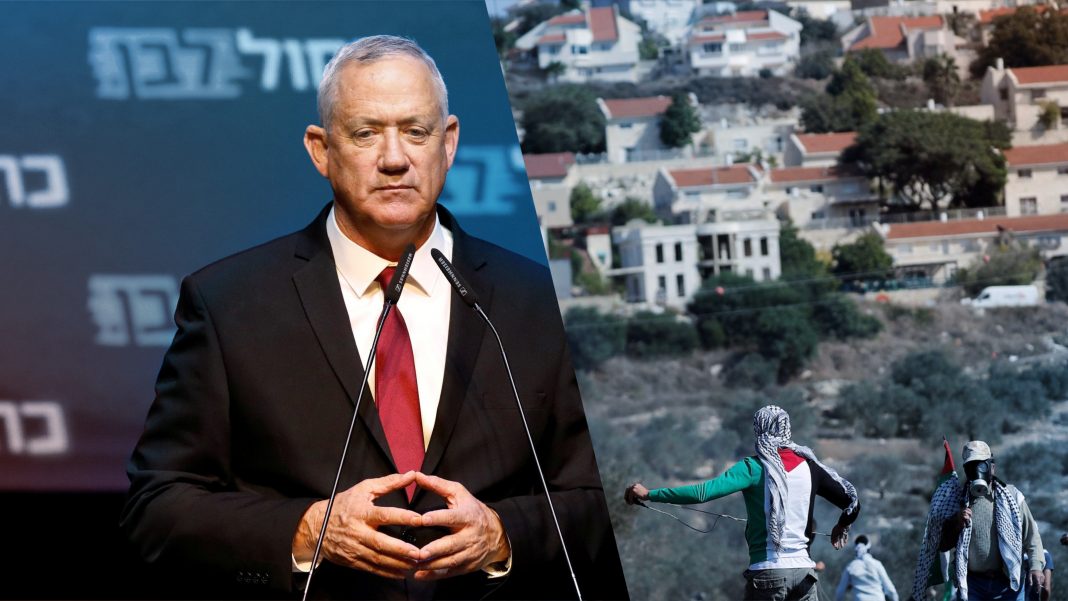 In a dramatic move, Defense Minister Benny Gantz has agreed to expand the Palestinian foothold in Area C by 1,000 housing units.

The Civil Administration is also expected to advance plans for over 2,000 settler homes in Area C as early as next week.

The different building initiatives were announced simultaneously on Wednesday. The Civil Administration rarely grants Palestinians approval to build in the West Bank’s Area C, which is under IDF military and civil control.

The move comes after CIA Director William Burns, who is in Israel, held a separate meeting with Prime Minister Naftali Bennett and Gantz.

In his meeting with Gantz, the two “discussed various initiatives for intelligence cooperation and the need to strengthen the Palestinian Authority as well as additional moderate actors in the region,” the Defense Ministry said.

Israel has been under pressure from the US to make gestures to the PA. Hebrew news site Ynet first broke the story, which sources then confirmed to The Jerusalem Post.

The PA and most of the international community believe that Area C should be included within the borders of a future Palestinian state.

Oded Revivi, head of the Efrat, a West Bank settlement south of Jerusalem, offered his support in a statement made on Wednesday, claiming the approval of the Palestinian Authority’s request is a “positive step forward which strengthens the Israeli settlements.”

“If one is to prevent illegal Palestinian construction in Area C, one must state where Palestinian homes can be built,” Revivi said in the statement. “If not, they will build anywhere and everywhere since they will have no one to answer to,” he added.

Israel’s political Right, which includes Bennett’s Yamina Party, has opposed Palestinian building in Area C, which it holds should be included in Israel’s sovereign borders.

“This evil government has placed a wall of terror near Israeli cities, instead of an iron wall to protect the State of Israel,” said Likud MK Shlomo Karhi on the approval of 1,000 new Palestinian homes in Area C.

“The approval of 1,000 housing units in Area C for Palestinians is a de-facto adoption of the Palestinian Authority’s plans to takeover the land of Israel,” added Religious Zionist Party MK Michal Waldiger.

In contrast, Israeli left-wing NGOs condemned the Civil Administration’s decision to advance plans for over 2,000 settler homes in Area C.

“The approval for over 2,000 new homes in [Area C] settlements undermines the chances of restoring the Palestinians’ trust and pokes a finger in the Biden administration’s eye,” Peace Now said in a statement.”

The outrageous decision to deepen the occupation project violates the status quo, as well as the coalition agreements,” added Combatants for Peace in a statement of their own.

To those familiar with Bible Prophecy, this strange obsession the nations of the world have with Israel is not surprising. In fact, it falls precisely in line with what the Prophet Zechariah in the Old Testament, said would happen after Israel was miraculously re-gathered into her land.

Zechariah speaks of a time when all the nations of the world will have this obsession with the land of Israel. More specifically, they would have their sight set on dividing the Jewish State.

Hal Lindsey, in his article, “To Whom Does the Land of Israel Belong?”, explained that the land of Israel, according to international and Biblical law, unequivocally gives the Jewish people full right to their land:

In recent years, Israel has been depicted in the media as a rogue state, flaunting international law by allowing Jewish settlements in Judea and Samaria. But that simply isn’t true. International law gives them clear rights to all of the land.

Not everyone accepts the authority of the Bible. But those people can simply look to international law and see the rights of the Jews to the Holy Land.

For those who believe the Bible, this issue shouldn’t even be a question. God gave title deed to the Holy Land to Abraham, Isaac, and Jacob. He reaffirmed it again and again. In this case, there’s no conflict between international law and God’s law. If you say you believe the Bible, it should be obvious. God gave the Holy Land to the Jews forever!

The regathering of Israel back into their God-given land began a countdown to the Second coming of Christ. This is explained in the Parable of the Fig Tree (Matthew 24:32-35). A covenant will be confirmed with Israel and the Anti-Christ which will begin the 7-year Tribulation (Daniel 9:27). The 3rd Jewish temple will be desecrated by the anti-christ, marking the halfway point of the Tribulation (Matthew 24:15-21) and when the Jewish people cry out to Jesus Christ the second coming will occur ending this period of time.