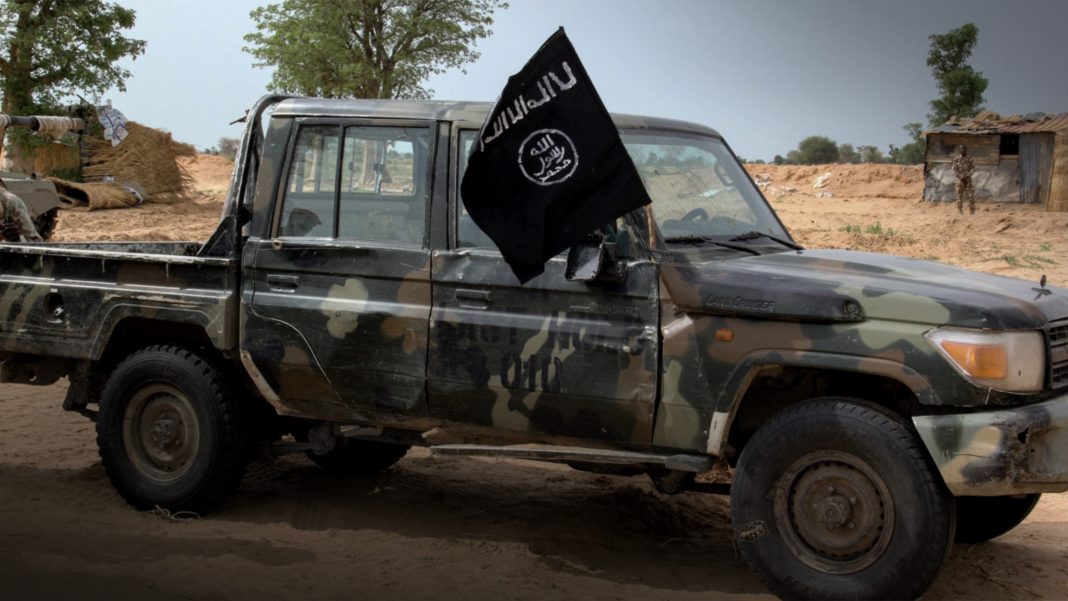 Terrorists belonging to the Islamic State murder 11 Christian men in response to the death of their former leader, Abu Bark al-Baghdadi; Western Africa is seeing an increase in attacks on Christians by the Islamic State; ISIS Soldier: This is a message to Christians all over the world.

Matthew 10:28 KJV – “And fear not them which kill the body, but are not able to kill the soul: but rather fear him which is able to destroy both soul and body in hell.”

Near Christmas, the Islamic State released a video wherein they appear to brutally murder 11 Christian men in Nigeria. It is believed that this attack was intentionally planned to be at Christmastime. Additionally, it is reported that in the video, one Islamic militant can be heard stating, “This is a message to Christians all over the world.” One of the men was shot before the other 10 were beheaded.

The militants are claiming that this attack was primarily in response to the death of their former leader, Abu Bakr al-Baghdadi, who committed suicide back in October after the United States Special Forces tracked him down into a dead-end tunnel. Whether this was truly their motive are not, ISIS has always capitalized on the opportunity to slaughter Christians throughout Africa and the Middle East.

Romans 8:35-39 KJV – “Who shall separate us from the love of Christ? shall tribulation, or distress, or persecution, or famine, or nakedness, or peril, or sword? As it is written, For thy sake we are killed all the day long; we are accounted as sheep for the slaughter. Nay, in all these things we are more than conquerors through him that loved us. For I am persuaded, that neither death, nor life, nor angels, nor principalities, nor powers, nor things present, nor things to come, Nor height, nor depth, nor any other creature, shall be able to separate us from the love of God, which is in Christ Jesus our Lord.”

It’s being described as “the most comprehensive assault on Christianity in America ever written into law,” “a dangerous threat to our nation,” “the Left’s...
Read more
Distress of Nations

US military launches strike on facilities in Syria used by Iran-backed militia, in retaliation for rocket attacks on US troops in Iraq
Read more
Christian Persecution

Rev. Graham: “It’s just a smokescreen to force Americans to accept the LGBTQ agenda and it creates a lot of INEQUALITY for Christians"
Read more