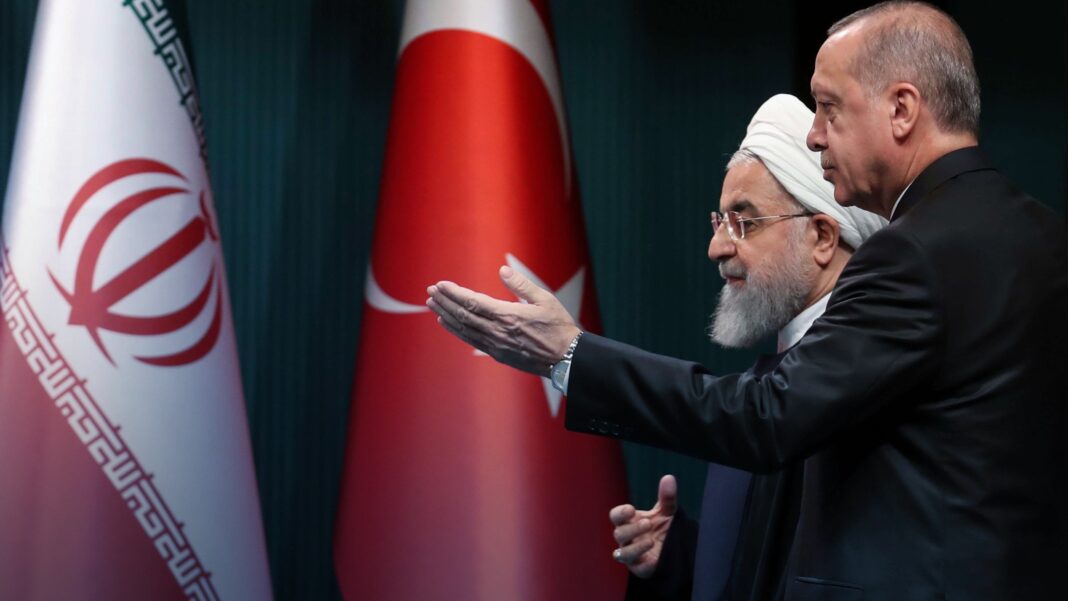 The two countries are committed to strengthening their ties following the transition out of the Trump era; Iran’s foreign minister visited Turkey late this week to discuss several matters; Turkey’s foreign minister calls on the Biden administration to withdraw Trump era sanctions.

Amid the reality of a new US administration, the Iranian regime and Turkey are motioning to re-solidify their relationship, ultimately involving other nations moving forward. Iranian Foreign Minister Javad Zarif visited Turkey this week and met with several Turkish officials belonging to the Foreign Ministry to discuss regional stability.

Turkey’s Foreign Ministry said in a statement that within Zarif’s visit, “all aspects of our bilateral relations will be discussed and views on regional and international issues will be exchanged.”

The Trump administration expressed willingness to work with the Turkish government over the last four years, putting Turkish President Recep Tayyip Erdogan’s regime in a difficult position regarding his relationship with the Iranians. In contrast, the White House emphasized a ‘maximum pressure’ campaign towards the Islamic Republic over the last four years following the US decision to withdraw from the Iran nuclear deal.

According to Turkish Foreign Minister, Mevlüt Çavuşoğlu, “Turkey hopes that the newly elected Biden administration in the U.S. will return to the nuclear agreement with Iran and withdraw sanctions on the Iranian people.” In essence, in the last four years, Turkey has been torn between protecting its relationship with Iran and leveraging its diplomatic relations with the US.

Following his meeting with Erdogan and Çavuşoğlu, Zarif tweeted that they, “Discussed expansion of bilateral ties & regional cooperation—Syria, Iraq, & the Caucuses,” and that they “Concurred that the only way to restore stability in the region is thru synergy.”