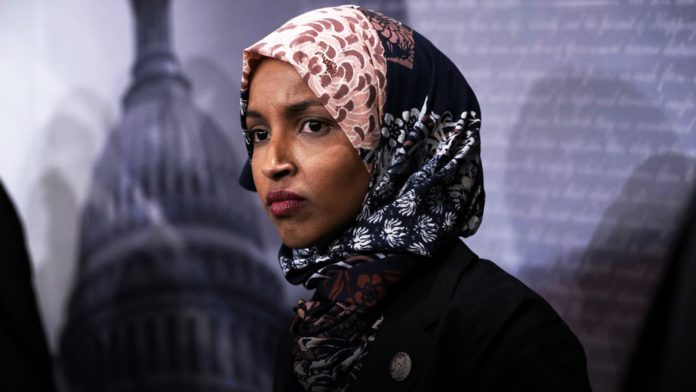 The votes are in and the counting has been completed: US Rep. Ilhan Omar is 2019’s biggest antisemite, according to stopantisemitism.org.

The NGO announced that Omar would be awarded the contested title of biggest antisemite of the year on Monday, including a video listing her unmatched achievements in the field of Jew-hatred, accompanied sarcastically by congratulatory music and confetti.

2. Alleging that Jews buy their influence with money, infamously stating “It’s all about the Benjamins.”

3. Accusing Israel of having hypnotized the world.

5. Submitting a resolution in the House of Representatives comparing boycotting Israel to boycotting the Nazis.

6. Having her antisemitic statements endorsed by infamous neo-Nazi David Duke.

The organization also mentions her refusal to take back or regret many of her antisemitic comments, as well as the backing she receives from the Council on American-Islamic Relations (CAIR), which is connected to the Muslim Brotherhood.

“Congratulations to Congresswoman Ilhan Omar on her unmatched antisemitism,” the video concludes, labeling her the 2019 antisemite of the year.

Omar, a Somalian refugee and congresswoman from Minnesota, has been very prominent in American politics in 2019, being one of the members of the informal progressive freshman Democratic group “The Squad,” alongside Ayanna Pressley, Rashida Tlaib and Alexandria Ocasio-Cortez.

She has been a very controversial figure due to her perceived antisemitism, to the extent that Israel barred both her and Tlaib from visiting the country.

The poll, which started at the end of 2019, included Omar as one of the top three nominees, alongside Louis Farrakhan and Richard Spencer.