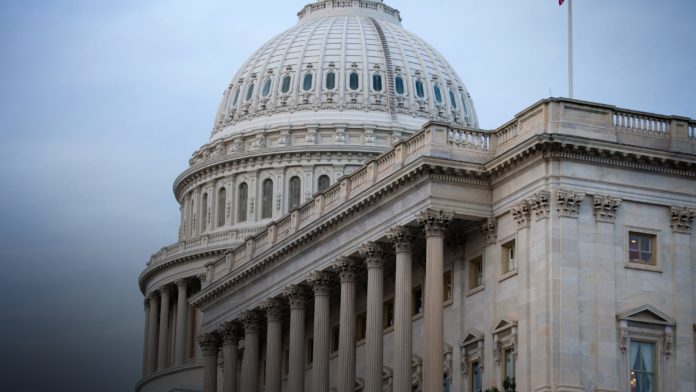 The House on Friday approved a resolution supporting a two-state solution to the Israeli and Palestinian conflict, recording opposition to any peace plan put forth by the Trump administration that doesn’t expressly call for an independent Palestinian state living side-by-side with a Jewish state of Israel.

Only 5 Republicans backed the measure in the 226-183 vote, though 11 GOP lawmakers had joined a bipartisan amendment reaffirming U.S. commitments to providing military aid to Israel that was added to the bill.

The resolution follows criticism by Democrats of several moves by the Trump administration that they said endangered a two-state solution, including moving the U.S. Embassy to Jerusalem, recognizing Israel’s sovereignty over the Golan Heights and cutting the majority of U.S. aid to the Palestinians.

Last month, Secretary of State Mike Pompeo announced that the U.S. would not recognize Israeli settlements as illegal under international law, a rebuke of the Obama administration’s decision to refrain from using veto power on U.N. Security Council Resolution 2334 that called the settlements illegal.

“It is no coincidence this resolution is being brought now,” Rep. Lee Zeldin (R-N.Y.) said on the floor. “It is a rebuke, attempted rebuke of the Trump administration.”

The vote also showcased divisions within the Democratic caucus over Israel.

The GOP-controlled Senate is unlikely to do anything with the resolution.

The resolution highlights the long-standing policy of the United States to support a two-state solution to the Israeli and Palestinian conflict and condemns unilateral efforts on both sides as undermining the chances for achieving such a solution.

This includes opposing efforts by the Israeli government to expand settlements or unilaterally annex territory. It also calls on the Palestinians to refrain from seeking recognition of independent statehood outside the framework of negotiations with Israel.

Omar said the inclusion of language committing $38 billion in American military assistance to Israel hurt U.S. efforts to bring peace to the region, a position increasingly gaining momentum among progressives.

He said he was opposed to placing any conditions on the assistance.

Tlaib criticized the resolution as ignoring steps taken by Israeli Prime Minister Benjamin Netanyahu that she said would “ensure” the “demise” of the two-state solution.

“They increased their illegal taking of Palestinian homes, imprisoned more Palestinian children than ever before and are building walls right now to annex the West Bank and other Palestinian villages,” she said.

Tlaib, the daughter of Palestinian immigrants and who grew up in Detroit, often refers to the Israeli and Palestinian conflict through the lens of the African American civil rights movement, saying only a one-state solution would ensure equal rights for both Arabs and Jews.

“Separate but equal didn’t work in our country and I can’t see it possible in other countries,” she said. “Given our nation’s history of segregation, we should recognize when such injustices are occurring.”

House Foreign Affairs Committee Chairman Eliot Engel (D-N.Y.) spoke out against a one-state solution as incompatible with “Israel’s right to exist as a state that is both Jewish and democratic” in his opening remarks on the floor.

Zechariah 12:3 KJV – “And in that day will I make Jerusalem a burdensome stone for all people: all that burden themselves with it shall be cut in pieces…”