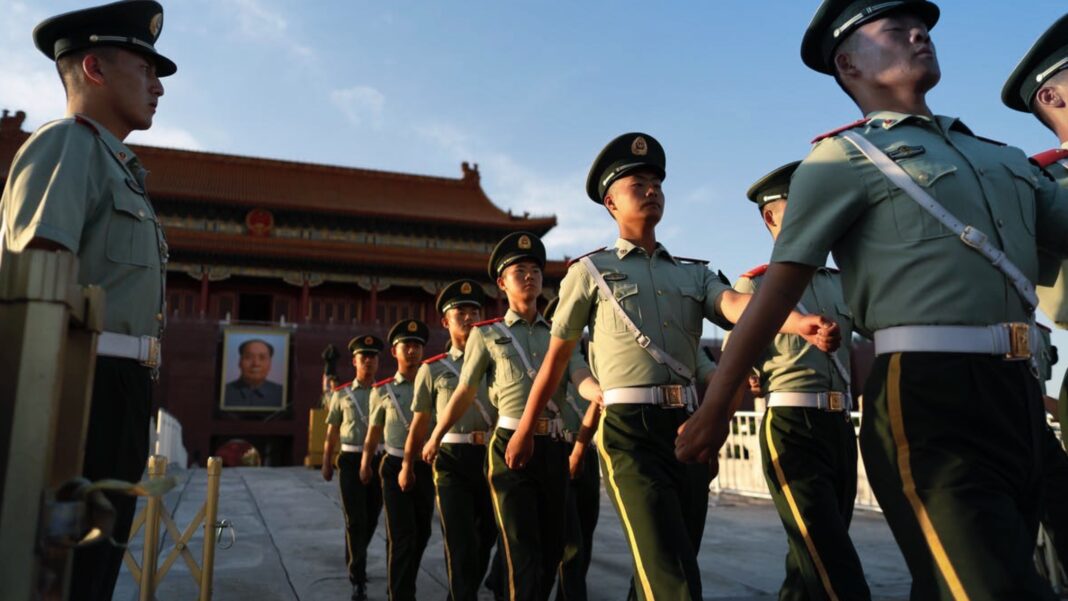 The Hong Kong Police Force will deploy over 3,000 officers to Hong Kong’s Victoria Park on Friday to block any attempts by the public to commemorate the anniversary of the Tiananmen Square massacre, local newspaper Apple Daily reported Wednesday.

“[T]he park will be marked with restricted areas covering the football pitches and the central lawn, according to sources. People wearing black clothes, holding a candle and chanting slogans related to June 4 might be considered as part of the banned rally, with officers on hand to record videos and dish out warnings,” unidentified sources allegedly told Apply Daily.

“Police might arrest people who did not leave after a warning, the sources said. People who left could also be subjected to the police’s follow-up action, such as taking them into custody on the basis of the on-site videos and other evidence drawn from the scene, after consulting the [Hong Kong] Department of Justice,” according to the newspaper.

Apple Daily said it asked the Hong Kong Police Force this week about the alleged deployment of its forces to Victoria Park on June 4. The police department “said it would deploy adequate manpower to relevant locations and enforce the law swiftly. The police urged the public not to attend or promote unauthorized assemblies or banned gatherings, to avoid spreading the [Chinese corona]virus,” according to the newspaper.

The Hong Kong Alliance in Support of Patriotic Democratic Movements of China previously organized an annual candlelight vigil to commemorate the Tiananmen Square massacre in Hong Kong’s Victoria Park. Pro-China forces in the Hong Kong government launched a security crackdown on Hong Kong last year in response to a pro-democracy protest movement in the city, banning the Tiananmen vigil in Victoria Park for the first time. Hong Kong health officials cited concerns over large gatherings during the Chinese coronavirus pandemic as the reason for blocking the event. The Hong Kong Police Force cited the same epidemiological reason this May when it announced that it would ban the Tiananmen vigil for the second year in a row.

Tens-of-thousands of people in Hong Kong defied the city’s official ban on the Tiananmen vigil in June 2020 to attend an unauthorized event honoring the massacre’s anniversary in Victoria Park. The Hong Kong Police Force identified 13 of the attendees as leading members of Hong Kong’s pro-democracy movement. The police department subsequently arrested and charged the individuals with “holding an unauthorized gathering” in July 2020.

What is the Tiananmen Square Massacre, and why does China’s Communist Party want to snuff out its memory?

In an interesting article, Ammo explains that the event took place because Chinese students were demanding their government give them basic freedoms, and that was unacceptable to the Communist Party:

The ruling elite faced some questions about political legitimacy. Some of the concerns centered around corruption, employment prospects, inflation, and political freedoms. China’s student class started to demand new freedoms such as democracy, transparency in government, and free speech rights among other things. Protests started to pop up throughout the country, with the main ones centering around Tiananmen Square in Beijing.

In 1989, student protestors sought to use this same square as their platform to make history by demanding the introduction of basic civil liberties – such as free speech and the right to peacefully assemble against the government – concepts which were unheard of throughout China’s long political history. In the fateful month of April 1989, they took to the streets in protest. Indeed, these students made history, but things didn’t go as planned for them.

Chinese Leadership Becomes Weary of the Threat of Democratic Reforms

Wanting to preserve the Communist Party’s political supremacy at all costs, China’s paramount leader, Deng Xiaoping, along with his Communist Party brain trust, perceived the protests as a political threat. Wasting no time in responding to these protests, the Chinese government proceeded to use force after the Chinese State Council declared martial law on May 20th, and deployed approximately 300,000 troops to Beijing. When troops arrived in Beijing on June 4th, they began killing protestors and bystanders.

The Chinese government arrested thousands of protesters, cracked down on other demonstrations in the country, kicked out foreign journalists, censored coverage of the Tiananmen incident in the press, bolstered police powers, and purged officials it believed to be receptive to the protestors’ cause. Estimates pin the death toll from several hundred to thousands.

The Birth of Tank Man

A day after the crackdown, on June 5, 1989, one of the most iconic images from the Tiananmen protests emerged. A man, who would be known as Tank Man or the Unknown Rebel, stood in front of a convoy of tanks leaving Tiananmen Square. 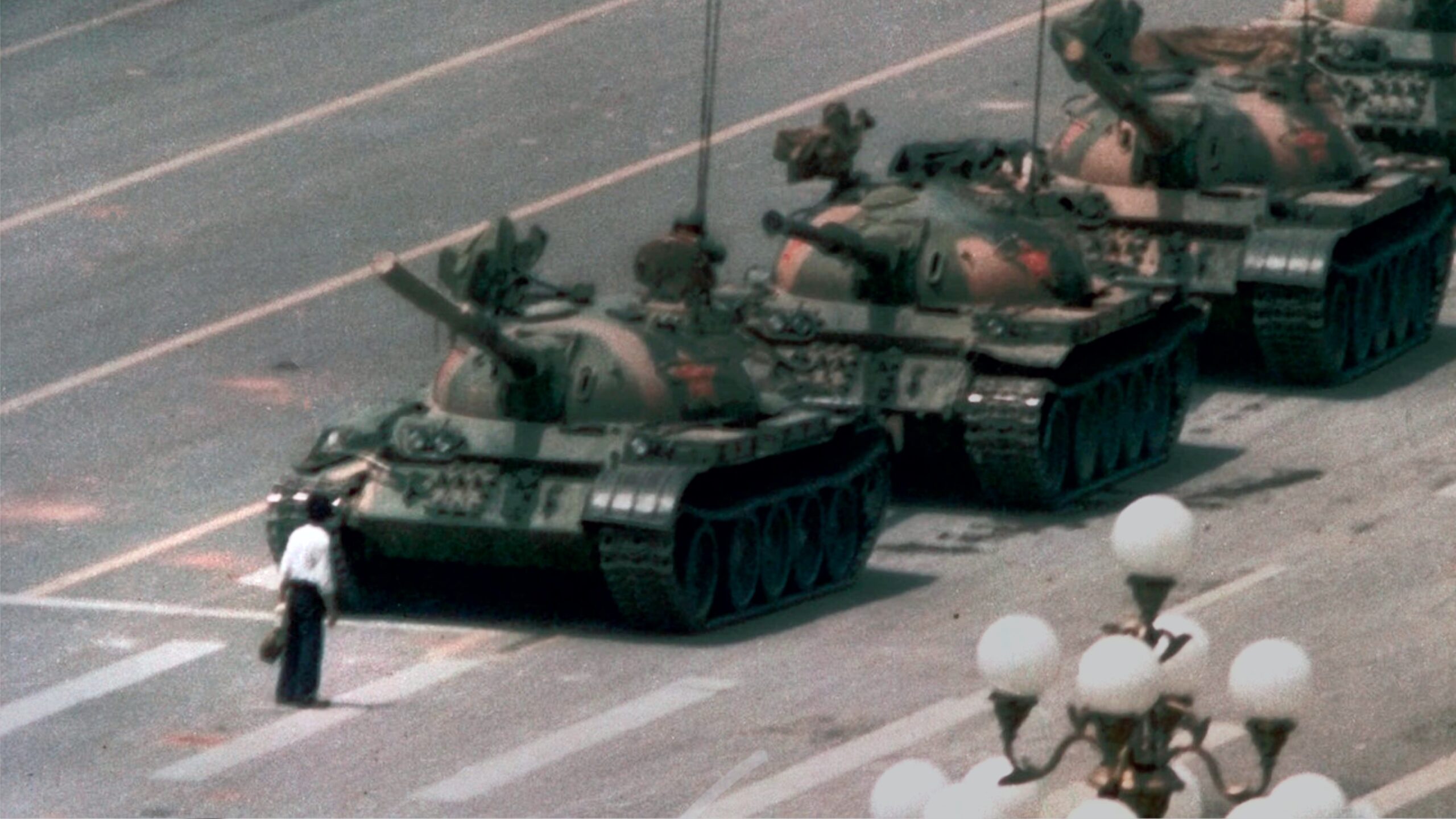 The lead tank tried to maneuver past the man, but was met with nonviolent resistance. The man repeatedly shuffled in front of the tank to obstruct the tank’s path. After a while, the lead tank stopped in its tracks and the armored tanks behind it stopped as well. From there, a short pause began with the man and tanks remaining in a standstill.

The video footage then shows the man climbing on top of the tank’s turret and chatting with a crew member and the tank’s commander. After having a conversation, the man jumps back down and gets in front of the tank again. The standoff between the man and tank continued until two figures in blue came out and pulled the man to the side. To this day, witnesses at this event are unsure about who pulled the “Tank Man” to the side. Furthermore, the identity and fate of the man is still unknown, although there has been speculation that he was either executed or fled the country shortly thereafter.

The Tiananmen Square massacre was indeed a turning point in Chinese history. After an unprecedented liberalization of the economy up until the late 1980s, the Chinese state firmly put the breaks on any type of political reform that would enhance political freedoms. China showed the entire world that it would put hard limits on freedom, even if it meant receiving stiff criticism from Western human rights organizations. As a sovereign nuclear power, China could proceed with its domestic policy as it pleased, knowing full well that no other world power would try to aggress against it.

To this day, civil liberties that Westerners often take for granted are heavily restricted in China. Under the leadership of Xi Jinping, China has embarked on one of the most ambitious censorship programs in human history. Now the Chinese state is even putting Muslim Uighurs in re-education camps, much to the chagrin of international human rights observers. The Tiananmen incident remains one of the most heavily censored topics in Chinese political discourse.

The iconic image of the man confronting the tanks is a strong symbol of mankind’s struggle to achieve freedom… China remains one of the more authoritarian countries in the world.