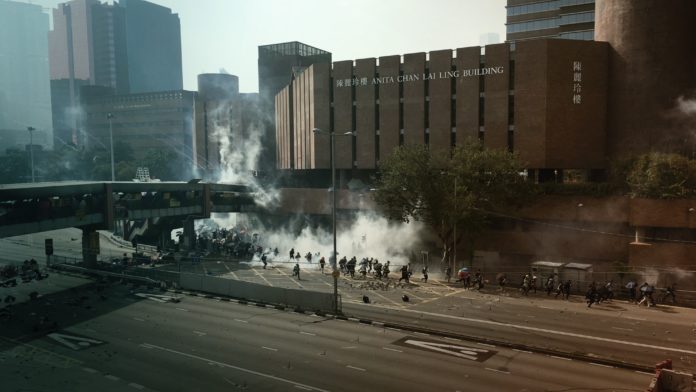 Hong Kong police have fought running battles with protesters trying to break a security cordon around a university in the city, firing teargas both at activists trying to escape the besieged campus and at crowds trying to reach it from outside.

Police have said the demonstrators inside Polytechnic University had no option but to come out and surrender.

The sprawling campus has been occupied by demonstrators since last week, and has become the focus of the most prolonged and tense confrontation between police and protesters in more than five months of unrest in the semi-autonomous city.

Hundreds of protesters, including secondary school students, have been trapped inside for more than 24 hours, after clashes on Sunday during which protesters launched petrol bombs and shot arrows at police, who threatened to use live rounds.

Police said they had allowed Red Cross volunteers into the university to ferry out injured protesters but said the rest had no option but to give themselves up. “Other than coming out to surrender, I don’t see, at the moment, there is a viable option for them,” Cheuk Hau-yip, regional commander of Kowloon West district, told a press conference, adding that police had the ability and resolve to end the standoff peacefully so protesters should not try their luck.

Parents of some of the activists trapped inside the university gathered in front of police cordons on Monday night with signs that read “Save Our Kids”, while hundreds of other supporters poured into the streets around the campus to try to break the police blockade. Police used teargas and water cannon to keep them at bay.

When a group of protesters tried to escape from the campus, police fired teargas and rubber bullets at exits, preventing them from leaving. When another group attempted to flee later on, hiding under umbrellas and shields made from scraps, officers fired further rounds of teargas and deployed a water cannon, engulfing the area in smoke. Several protesters were arrested.

The game of cat and mouse followed a night of mayhem in the Chinese-ruled city in which roads were blocked, a bridge was set on fire and a police officer was shot by a bow and arrow.

Some protesters abseiled off a footbridge to a road below, where they were met by motorbike riders helping them flee. It was unclear whether they got away safely.

People have been hiding in buildings throughout the campus, said Seze Li, a 26-year-old protester from inside the university. “It’s a disaster. Everyone is running around, looking for exits. We heard the protesters [trying to break the siege] are coming. We are just waiting for them,” she said. Some people have escaped by climbing out of the building, she said, “but not everyone can do that”.

Democratic lawmaker Hui Chi-fung told Reuters: “The police might not storm the campus but it seems like they are trying to catch people as they attempt to run. It’s not optimistic now. They might all be arrested on campus. Lawmakers and school management are trying to liaise with the police but failed.”

Hong Kong’s chief executive, Carrie Lam, posted a statement on her Facebook page about the crisis, her first remarks about it since it began almost 36 hours ago. Lam criticised the protesters for shooting arrows at police, as well as throwing bricks and petrol bombs. “Police have many times made appeals. Those inside the campus should listen to police without delay,” she said.

Earlier, the university’s president, Jin-Guang Teng, had urged protesters to leave, saying the police had agreed to a ceasefire on the condition that protesters stopped their attacks but police then fired on demonstrators who tried to leave.

By mid-afternoon local time, about 300 to 400 people were left in the university, according to Tang Siu Wa, 41, a volunteer on the campus. Asked what they planned to do, she said: “They are 20-year-old kids. They don’t have plans. Everyone is nervous.”

Tang said the group was exhausted and faced dwindling supplies. Some peaceful protesters wanted to leave and others wanted to stay, she added. “People are getting tired but they don’t want to surrender.”

Journalists have not been allowed near the university. 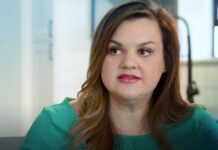