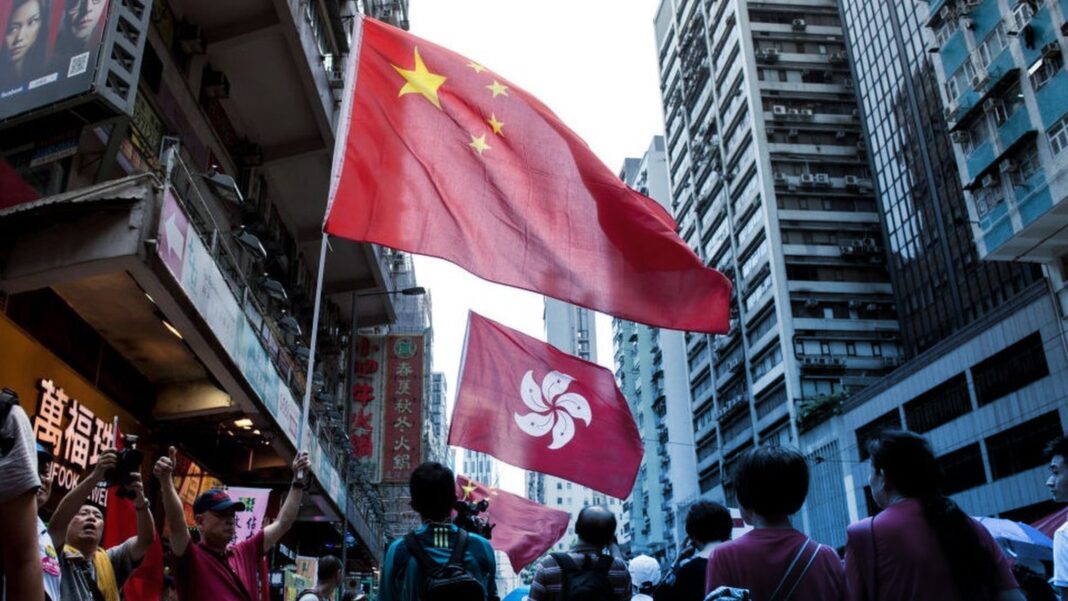 “A [Hong Kong] public official will be immediately suspended if the [Hong Kong] Secretary for Justice finds him or her disloyal,” Agence France-Presse (AFP) reported on May 12.

“Under the new powers, all public office holders will be required to make a ‘pledge of loyalty’ that they must adhere to throughout their term,” according to AFP. According to the new rules, “[a]ll 180,000 civil servants in Hong Kong will have to pledge allegiance to the city and its mini-constitution [the Basic Law],” the South China Morning Post reported late last year when the changes were first announced.

“Principal government officials, cabinet members, legislators and judges as well as members of the legislature” must all make the mandatory loyalty pledge to Hong Kong’s government — increasingly ruled by the CCP — under the new powers. The requirement also applies to “more than 470 district councillors — local neighbourhood officials who are the only people Hong Kongers can choose via universal suffrage,” according to AFP.

The changes are part of a law approved by Hong Kong legislators in late 2020 to help implement a new electoral system the CCP has imposed on Hong Kong largely to curb the city’s voter freedoms. The newly approved reforms reduced the number of directly elected seats in Hong Kong’s legislature, or legislative council, and increased the number of pro-China members the CCP may appoint to the ruling body.

“The law grants the authorities sweeping vetting powers. Political views of public office holders will be weighed against a ‘positive’ and ‘negative’ list designed to weed out disloyalty and any acts that might ‘endanger national security,’” AFP noted Wednesday, adding, “Loyalty vetting will also continue beyond the pledge and throughout a person’s term.”

Hong Kong public office holders disqualified for their political views “will also be barred from standing for election for five years,” according to the news agency.

“Some people might seem serious when taking the oath but can commit unlawful acts afterwards,” Regina Ip, a pro-China Hong Kong legislator, told Hong Kong’s legislative council on May 12.

The CCP’s rubber-stamp legislature is currently drafting “a separate suite of laws that will also empower a committee — with help of police intelligence — to vet all election candidates for whether they are a national security threat,” AFP revealed on May 12.

Beijing implemented a national security law in Hong Kong last summer to quash the city’s powerful pro-democracy protest movement, which launched in July 2019. The law creatednew crimes — secession, subversion, terrorism, and collusion with foreign forces — all punishable with a minimum three-year prison sentence and a maximum sentence of life in prison.