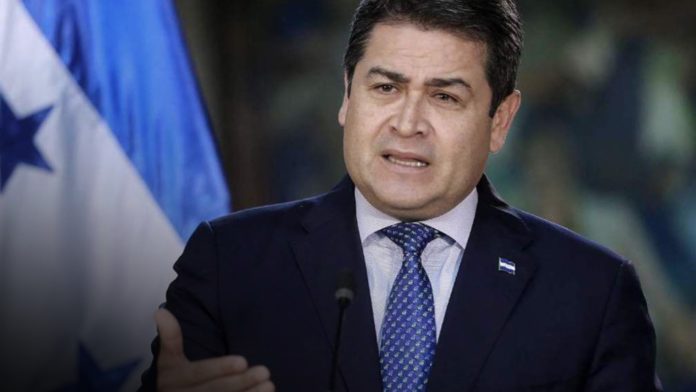 Foreign Minister Israel Katz praised the Honduran declaration, saying “I applaud the Honduran government for its important decision to declare Hezbollah a terrorist organization and to take the necessary sanctions against it.

“This is an important step in the world’s war on terror, which follows [similar actions of] countries such as the United States, the United Kingdom, Argentina, Paraguay, and other countries in the region and around the world.”

Katz also mentioned countries like Germany, Australia and Brazil which are likely to follow suit and “join the efforts against terrorism led by Iran and her proxies in the Middle East and the entire world.”

“Tomorrow, coinciding with the third Western Hemisphere Counterterrorism Ministerial conference, the National Defense and Security Council of Honduras will designate Hezbollah as a terrorist organization… the culmination of security policies expressed over several years,” Hernández tweeted.

In a joint appearance with Secretary of Homeland Security Chad Wolf on January 9, Hernández “reaffirmed [his] decision regarding Hezbollah and reported the detention of 4 Iranians on Honduran territory.”

Israel’s Ambassador to the United Nations Danny Danon thanked Hernández over Twitter,  “An important step in the fight against Iranian terrorism and proxies in the Middle East and throughout the world. Thank you.”