Hindu Nationalists in India Rally Against Christians: “Let Us Drag People From the Churches” 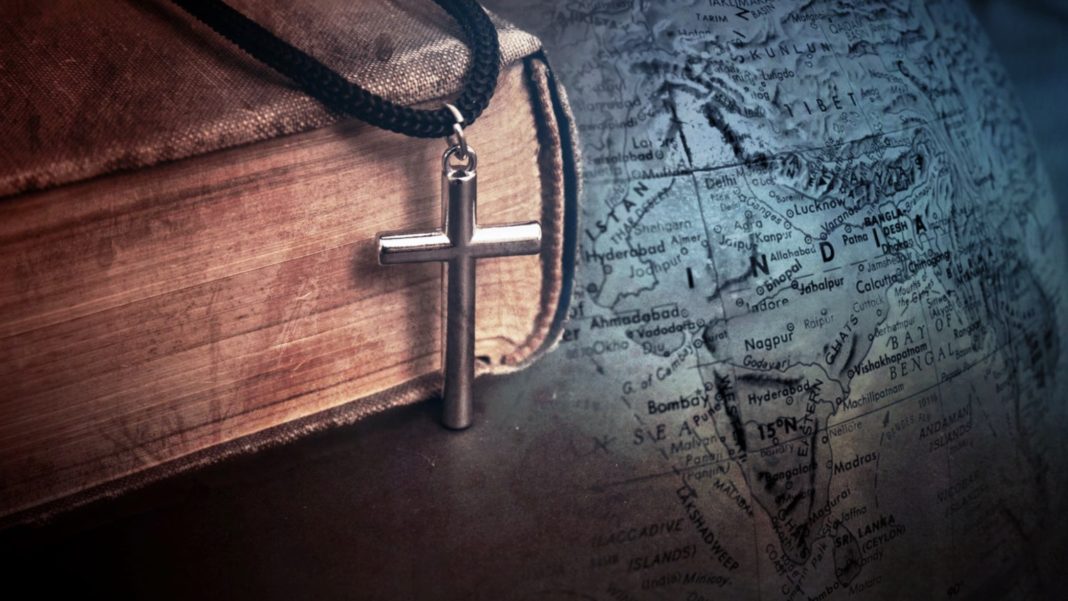 In India, Hindu nationalists recently held an openly anti-Christian rally, calling on followers to commit acts of violence against churches in the Bastar District of Chhattisgarh’s capital Jagdalpur.

International Christian Concern (ICC) learned of and reported the rally, which was held on August 3. It was organized by the Bharatiya Janata Party (BJP) and “perpetuated false narratives” against Christians as well as calling for attacks.

“Let us drag people from the church and stop conversions at any cost,” President of the Chhattisgarh BJP reportedly said.

He called on rally attendants to make the district a “conversion free zone.”

“We will frighten Christians who are involved in conversion work in the region. We will not allow the missionary work to be carried on in Bastar and will protect the Hindu religion by stopping the conversions,” another BJP leader, Roop Singh Mandavi, said.

The district of Chhattisgarh has seen several recent incidents of Christian persecution after the Superintendent of Police issued a circular ordering the district’s law enforcement departments to monitor the Christian community for “illegal conversion activities,” ICC noted.

Last week’s rally was anticipated to be attended by as many as 12,000 people. However, only about 500 appeared, which somewhat abated concerns of another wave of persecution.

“We took a long breath after seeing the poor show in attendance,” one local Christian leader told ICC on condition of anonymity.

“Though the rally was not successful in terms of numbers, the Hindutva activists will be more aggressive,” a Jagdalpur pastor also told ICC. “It is their plan to do reconversion programs, particularly in the villages and interior places. We won’t know about these incidents of persecution because of the remoteness of these areas. Only God can save His people.”

“The state is already in tremendous turmoil and Christians and pastors are targeted for what they believe and practice,” the leader also warned. “This rally will add fuel to the fire. We need prayers and someone to stand with us.”

ICC explains that nationalists often perpetuate a narrative that Christians engage in forced conversions to demonize Christians and justify anti-conversion laws that are used unfairly against them. They say that local police often overlook instances of violence against the Christian community for this reason.

Although anti-conversion laws have been in place in India since the 60’s, no one has ever been convicted of forced conversion.

“We here at International Christian Concern are deeply concerned for the safety and well-being of Christians in the Bastar District of Chhattisgarh,” ICC’s Regional Manager for South Asia says of the situation.

“Rallies like the one held on August 3 and hateful statements made by nationalist leaders often act as the trigger point for surges in persecution. In Uttar Pradesh, a similar promotion of anti-Christian narratives led to a wave of persecution and arrests. In the past seven weeks, at least 14 incidents of persecution have taken place in Uttar Pradesh, leading to the arrests of at least 45 Christians on trumped up forced conversion charges. Action must be taken against events like this to ensure they do not evolve into new waves of persecution.”

Pray for our brothers and sisters in India who are subject to this disturbing treatment under what appear to be entirely deceptive pretenses.

Ken Ham, regarding Christian Persecution around the world, wrote:

All around the world, Christians are suffering for their faith, even paying the ultimate price of their lives. We need to remember to be in prayer for them. Also remember to pray that the freedoms we currently enjoy in our Western nations will not be taken away. And, regardless of our freedom or lack thereof, we need to share the message of the gospel of Jesus Christ with needy people. We always need to be about the business (proclaiming the truth of God’s Word and the gospel) of the King (Luke 19:13).

Salvation is free. Jesus paid the whole price.  But in this world, bearing His name carries its own cost.  In Acts 14:22, Paul the great teacher of grace, gave this warning to the Christians of Lystra, Iconium, and Antioch.  “Through many tribulations we must enter the kingdom of God.”

That amazing grace abides… It abides with millions around the world facing various levels of persecution because of their stands for Christ.  If you are His, it also abides with you.

According to the Bible, as we approach the end of the age, persecution of believers will increase.  But don’t despair.  In John 16:33, Jesus said, “In the world you have tribulation, but take courage; I have overcome the world.”