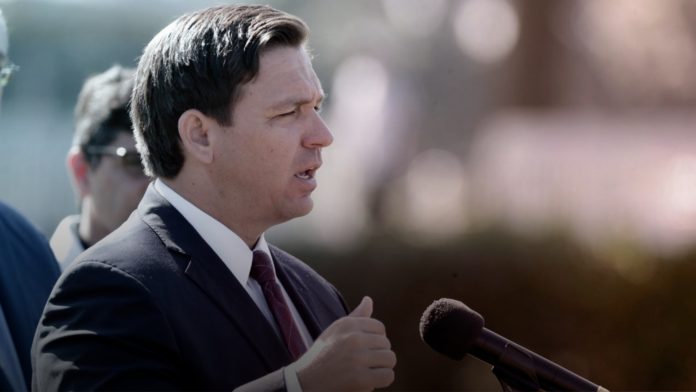 Despite national media pressure to close down houses of worship, Republican Florida Governor Ron DeSantis has refused to cave, overruling some counties within his state and designating churches, synagogues, and mosques as so-called “essential.”

The Republican governor imposed a statewide stay-at-home order on Wednesday as a precaution against the novel coronavirus, or COVID-19, carving out exceptions for “essential” businesses and activities.

The house of worship carveout comes on the heels of the arrest of Revival International Ministries pastor Rodney Howard-Browne, who held two large, in-person services despite so-called “social distancing” guidance. The 58-year-old was charged with unlawful assembly and violation of a public health emergency order, which are misdemeanors.

As noted by The Daily Wire,  State Attorney Andrew Warren accused Howard-Browne of “hiding behind the First Amendment.”

“I think it’s unfortunate that the pastor here is hiding behind the First Amendment,” Warren said during a press conference. “One, it’s absolutely clear that emergency orders like this are constitutional and valid. Second of all, leaders from our faith-based community across this country have embraced the importance of social distancing.”

The Daily Beast complained about DeSantis on Thursday:

By allowing religious services to continue, DeSantis is seemingly siding with religious leaders who’ve stood against the federally mandated guidelines – including controversial Tampa pastor Rodney Howard-Browne, who refused to stop holding services because he believed his church had machines that could stop the virus.

While dozens of states have refused to designate houses of worship as “essential,” New York City Mayor Bill de Blasio has been outright hostile to the faithful, namely Christians and Jews, threatening to close down their churches and synagogues permanently if they don’t obey his shutdown order.

“So, I want to say to all those who are preparing the potential of religious services this weekend – if you go to your synagogue, if you go to your church and attempt to hold services after having been told so often not to, our enforcement agents will have no choice but to shut down those services,” de Blasio threatened.

“No faith tradition endorses anything that endangers the members of that faith,” the liberal mayor continued. “So, the NYPD, Fire Department, Buildings Department, and everyone has been instructed that if they see worship services going on, they will go to the officials of that congregation, they’ll inform them they need to stop the services and disperse.”

“If that does not happen, they will take additional action up to the point of fines and potentially closing the building permanently,” he added.

Other states, however, like Michigan, New Mexico, Delaware, Ohio, Texas, and West Virginia, have also allowed “some exemption” for religious services, The Hill noted.

Michigan Governor Gretchen Whitmer, a Democrat, gave a stay-at-home order that noted “‘a place of religious worship, when used for religious worship, is not subject to penalty’ for violating it, a standard that the state had applied to its previous order curbing gatherings,” The New York Times reported.