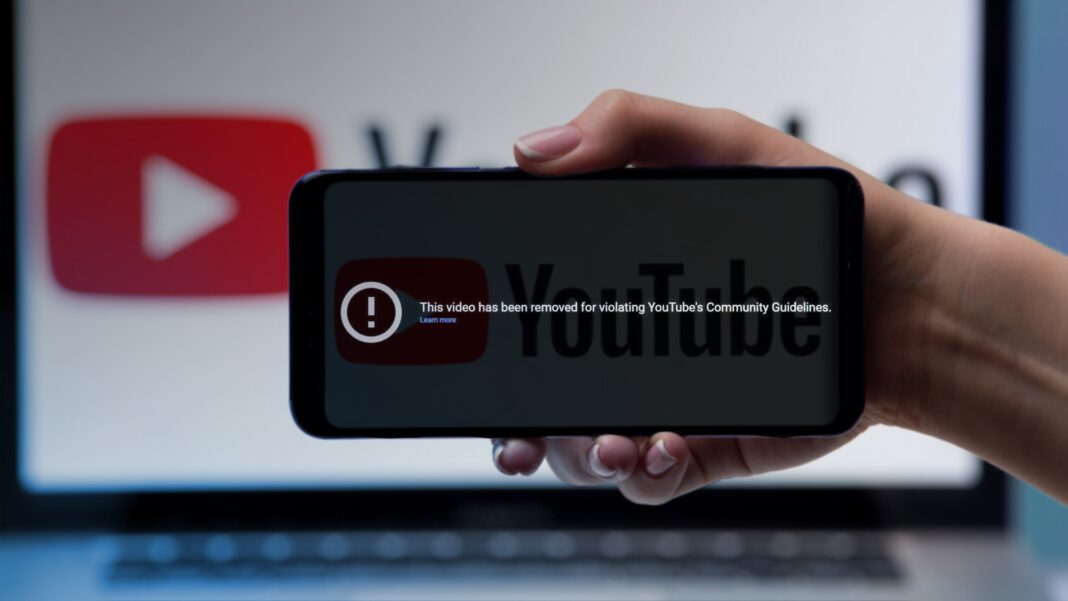 Google and its video-sharing platform YouTube announced this week that they will now prohibit the monetization of accounts that post videos and content that is skeptical of manmade climate change.

Axios reports that Google and YouTube announced this week that they will be implementing a new policy prohibiting the monetization of climate change skeptic content on their platforms via ads or creator payments. This marks one of the most aggressive moves by the company, or any other tech giant, to crack down on climate change debate and discussion.

In a statement, the company’s ads team said that all Google advertisers and publishers and YouTube creators will be prohibited from generating ad revenue from content that is skeptical of “well-established scientific consensus around the existence and causes of climate change.”

These rules do not apply to all climate change-related topics as public debates on climate policy, the impacts of climate change, and new research into the field are still allowed to be monetized. Google stated that the changes come as advertisers grow frustrated with their content appearing beside climate skeptic content.

“Advertisers simply don’t want their ads to appear next to this content. And publishers and creators don’t want ads promoting these claims to appear on their pages or videos,” the company said. Google said that when evaluating content against the new policy “we’ll look carefully at the context in which claims are made, differentiating between content that states a false claim as fact, versus content that reports on or discusses that claim.”

Google stated that it consulted with experts in the field including representatives of the United Nations Intergovernmental Panel on Climate Change Assessment Reports to develop the policy. Google plans to use a combination of automated tools and human moderators to enforce the new policy.

YouTube is not the only media platform censoring views on climate change that run contrary to the preferred narrative.

LinkedIn recently banned a scientist and climate expert from its platform for posting data disproving the idea of “man-made” climate change.

“When the things were labeled false and misleading, I said, ‘OK, I’m a geologist, degreed geologist, expert reviewer for IPCC. Those are my qualifications. What are the qualifications of the reviewers?’ And of course, they would never respond to that,” Wrighstone said in an interview with The Daily Signal.

“We’re dangerous. They cannot allow our factually-based presentations to get out to the public, because what we say makes sense and it’s backed up by science. We’re rational, thoughtful people that are scientists, that are distinguished scientists, and we’re presenting this information,” the scientist explained, adding that there is no way of “sugar-coating” the reality that people are being “lied to on a daily basis about climate change and its ramifications.”

Facebook similarly, early this year announced that they would begin adding “information labels” to posts about global warming to stop the spread of “misinformation.”

Answers In Genesis explained that, despite public perceptions, the majority of climate scientists do not believe we are in a “climate crisis.”

“In reality, only a small sampling of climate scientists believe we are facing imminent doom,” the AiG article explained. “Furthermore, thousands of scientists with climate-related degrees have sent letters and signed petitions arguing against a climate crisis, further emphasizing that the scientific community can’t reach a consensus on the issue.”

“So why all the insistence on anxiety and panic?” the article urged.

“Secular scientists approach the climate debate from an unbiblical perspective, believing that humans alone manage the rising temperatures,” AiG insisted. “Certainly when we have clear evidence that we are abusing creation, we should take actions to correct it. But Christians know that God designed our magnificently complex climate and has promised that the present earth will be inhabitable until he creates a new heaven and a new earth (Isaiah 65:17).”