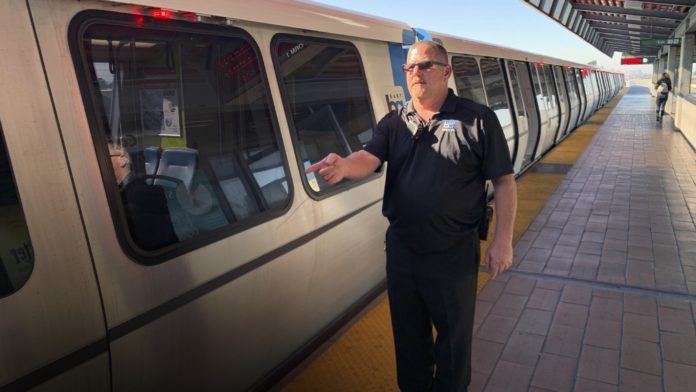 A California transit worker is giving God all the glory after saving a man from an oncoming train.

O’Connor noticed a man walking too close to the edge of the platform, then fall onto the tracks as a train was quickly approaching.

“I just looked and was like, he’s not going to make it,” O’Connor said. “So I’ve got to do something. There wasn’t a lot of time to think.”

O’Connor reached down and pulled the man up and onto the platform, moments before the train would have hit him.

“In my mind, it all went down in slow-motion. I just grabbed him and pulled him out.”

“I’m just fortunate that God put me there,” O’Connor said. “And he got to see another day.

People accidentally falling onto the tracks is a rare occurrence, happening less than once a year. BART said they are considering a pilot plan to install barriers.