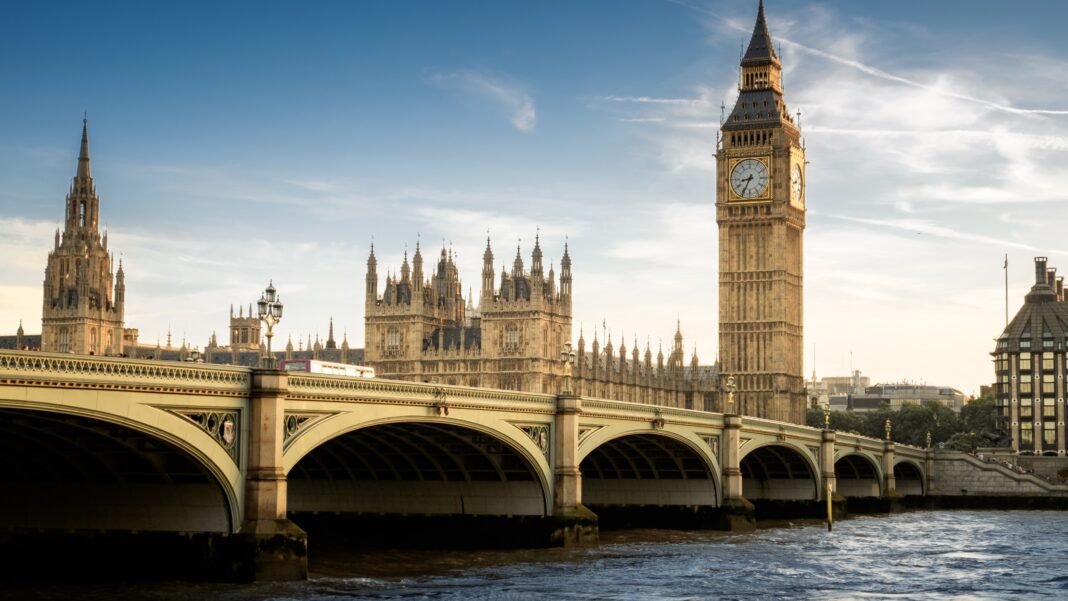 Instead of taking full advantage of the economic possibilities of leaving the European Union, the British government may seek to impose border carbon taxes on imports from countries that do not live up to the green vision of Prime Minister Boris Johnson.

Environment Secretary George Eustice said on Sunday that while the UK will seek to craft multilateral standards on the environment, a “carbon border tax” would be an option for countries that do not curb their emissions.

“We would be saying, as countries, that we’re taking the action necessary to deal with this global challenge, but we’re not going to allow those producers in this country to be undercut by those who aren’t doing their share, and we’re not going to export pollution,” Eustice told the BBC’s Andrew Marr programme.

“So if you don’t want to export pollution, then you do at some point have to consider something like a carbon border tax,” he added.

Despite earlier hinting at such a prospect, the environment secretary said that he would not be in favour of imposing an “arbitrary meat tax or meat levy“, saying that the tax has “never been on the cards”.

Prime Minister Boris Johnson, who is hosting the United Nation’s COP26 climate change summit in Glasgow, Scotland called for the nations of the world to “pull together and drive for the line”.

“Countries must come back to the table this week ready to make the bold compromises and ambitious commitments needed,” he said.

Mr Johnson has previously warned that the world is “one minute to midnight on that doomsday clock” in the face of the supposed climate crisis and therefore requires a global deal to reduce carbon emissions.

Prior to the UK officially leaving the European Union, Brexiteers, including current government minister Jacob Rees-Mogg had argued that prices for consumers on items such as clothing and footwear would fall as a result of being freed from the EU’s tariff regime.

However, should a carbon border tax be implemented, it could compromise the ability of the average person to see such savings.

This would come on top of the rising costs of energy and investments into supposedly green technologies to meet Prime Minister Boris Johnson’s net-zero emissions pledge, which the Institute for Fiscal Studies finding that it would cost Britain trillions of pounds over the next three decades. The think tank predicted that the lion share of the cost would be born by consumers.

Ironically, the government’s planned carbon border tax falls in line with a similar policy from the European Union, which announced earlier this year a proposal for a “carbon border adjustment mechanism” that would impose penalties on pollution caused by foreign companies if their own governments do not punish the industries.

Unlike Brexit, the British public has not been afforded the ability to weigh in on the nominally Conservative government’s green agenda.

Brexit leader Nigel Farage has said that he may take up the issue as his next campaign and push for a referendum. Mr Farage argued that the radical green agenda of Mr Johnson would be “ruinous” for Britain and result in “huge transfers of money from the poor to the rich”.

A poll earlier this month found that 42 per cent of the public would favour a referendum on Johnson’s net-zero plan, with only 30 per cent opposing such a vote.

Last week, Franklin Graham responded to the UK Prime Minister’s insistence that the world is “one minute to midnight” with regard to climate change. The evangelist underscored that, according to the Bible, the world is nearing the return of Christ and the Judgment of God, not apocalyptic ramifications resulting from climate inaction as many at the G20 espoused.

“Boris Johnson said we are ‘one minute to midnight’ as it relates to climate change. I believe we are one minute to midnight—not regarding climate change, but on God’s clock, when He will bring judgment on those who have rejected Him and His Son, Jesus Christ. I’m often asked if we are getting close to the return of Jesus Christ. No man knows the day or the hour [Matthew 24:36], but I believe we are getting close. You’d better be ready,” Graham urged.

Terry James, in an article, explained how the global push by world elites to have the population bow to the “religious fervor” of climate change is setting the stage for Biblical Prophecy.

“As we as a generation of inhabitants of Planet Earth pierce ever more deeply into the end of the age, the picture of the emerging Tribulation world order comes into view,” James wrote. “Presently that view is in the process of tightening into high-definition focus.”

“Planet earth needs a savior,” he stated. “This declaration is at the center of the demand by true believers that all people of this endangered sphere must acknowledge. Those deniers—nonbelievers—are branded as her­etics. Those in denial of this unimpeachable assertion deserve to be, at the very least, incarcerated for their denial.”

“This mantra is central to the religious fervor of today,” he continued. “But, it is not the religious fervor of those who adhere to truth found in God’s Word, the Bible. The zealots who hold to this theology are, from heaven’s per­spective, lawless in their anti-God demands. The elitists in government and the news and entertainment media who believe man is destroying the planet and only man can stop the destruction. There is no God to be considered in the controls they intend to exert.”

“And it is indeed religious zealotry,” he asserted. “It is for certain a theological mantra that festers at the lawless hearts of those who rave about climate change and mankind destroying the planet through wanton disregard for the wel­fare of Mother Earth.”

“Mother Earth worship is the central unifying concept the father of lies has perpetrated that fits most propitiously within this spirit of Antichrist model,” James explained. “Branding against deniers of climate change as being the worst sinners within the religion of humanism is designed to make Christianity appear to be a false worship system. This is because the Bible declares that Jesus Christ, who is the very Word of God (John 1:1–3), is who has this earthly orb in His grip. It is not man who controls planet earth.”

“This, of course, is antithesis to the unimpeachable declarations of the environmental gurus who say man is destroying the earth with green­house gases from carbon emission,” James insisted, adding, “Only man, himself, through draconian actions to stop these deadly gases, can save himself from choking to death from unbreathable air or drowning because of the melting ice of the North and South poles.”