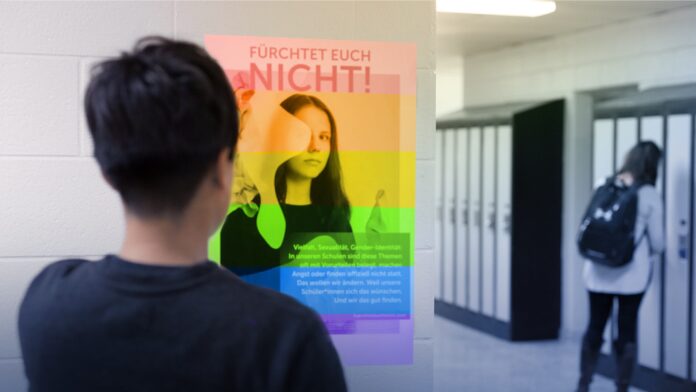 The Evangelical Church in Berlin, Brandenburg and Silesian Upper Lusatia (EKBO) – a full member of the mainline Protestant Evangelical Church of Germany (EKD) – has started the 2020-2021 academic in its 32 schools with a pro-LGBT campaign.

Over 10,000 students will see posters in their school buildings using the Bible verse “Do not be afraid!” as the slogan of the campaign. These words are found in chapters 1 and 2 of the Gospel of Luke, expressed in the angel Gabriel’s announcement of the birth of Jesus Christ to Zechariah, Mary and the shepherds.

But in the pro-LGBT “diversity” campaign launched by the School Foundation of the EKBO, the Bible verse is re-interpreted as a message of sexual and gender inclusivity.

According to the campaign’s website, the verse “is a message that open doors and frees from the chains of fear. Now and here as well, when there are prejudices against who think or feel differently, when the diversity of desires, orientation and identities, have no space in society and in the school”.

“Gender-identity and sexual diversity” are issues that should be made visible, the leadership of the Protestant School foundation says. “It is clear what students want, and we support this”.

The website of the campaign includes resources such as a podcast about “Ruth and Naomi: the Bible read through a queer lens”.
Bible teaching on sexuality not taken ‘literally’

The pro-LGBT campaign by the Protestant schools of the EKD in Berlin, Brandenburg and Silesian Upper Lusatia, is explained in these terms: “In the Evangelical Church [EKD] there is no central authority that decides how the interpretation of the Bible and faith is to take place”.

“The stories of the Bible can therefore only be interpreted in the context of time and society. An apparently literal interpretation of the Bible does not correspond to our evangelical understanding of history, biblical interpretation and modern faith. Therefore, diversity is binding for us and the resulting mandate is very clear: namely to establish spaces in which diversity can arise and express itself”.

The mainline German Evangelical Church and its regional member churches have largely evolved to theologically liberal positions on issues such as human sexuality and gender. Statistics show that the mainline Protestant historical denomination in Germany continues to suffer strong losses in its membership. 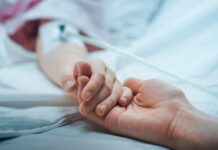 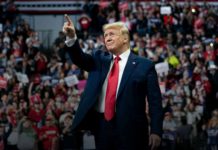