Franklin Graham: Biggest Threat to U.S. is ‘That We Turn Our Back on God’ 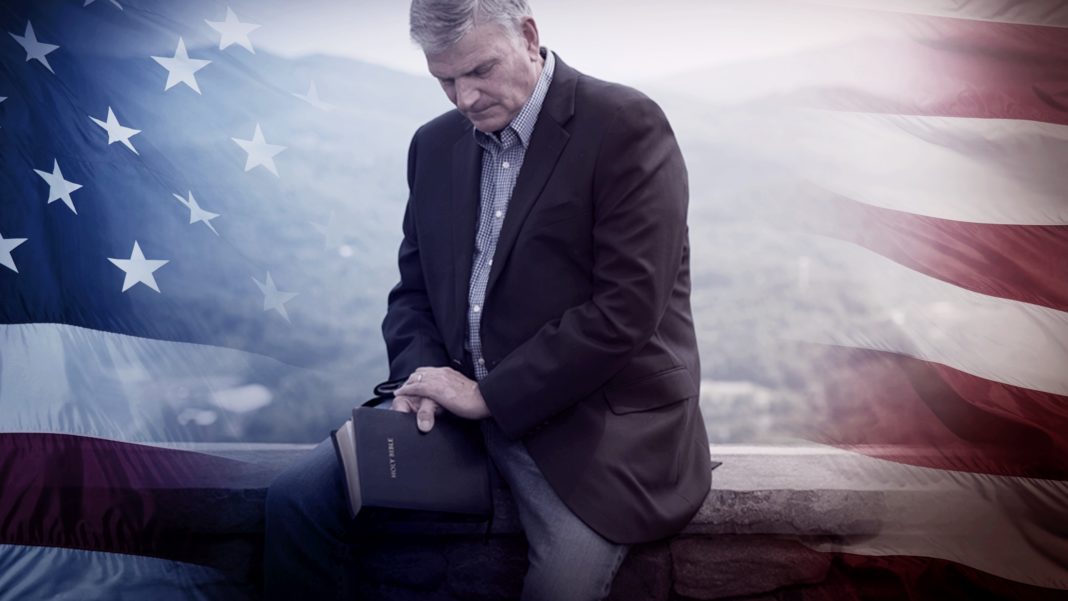 Franklin Graham took to Facebook this morning to remind Americans that the largest threat facing our country is not China, N. Korean, Russia, or even Islamic Terrorism, but instead is the far more perilous ramifications that come from turning our backs on the Almighty God:

What is the most serious threat facing America as we come to a new year? Cyber attacks from China? North Korea’s nuclear capabilities? A new cold war with Russia? The ongoing fight against Islamic terrorists? All of these are very significant threats. However, the biggest threat to America is not from outside nations—it’s from within.

The United States is the most blessed nation on earth. And that is because our forefathers gave us a foundation based on God and His Word. The biggest threat to our country’s future is that we turn our back on God and have His hand of blessing removed.

Romans 1:28-32 KJV – “And even as they did not like to retain God in their knowledge, God gave them over to a reprobate mind, to do those things which are not convenient; Being filled with all unrighteousness, fornication, wickedness, covetousness, maliciousness; full of envy, murder, debate, deceit, malignity; whisperers, Backbiters, haters of God, despiteful, proud, boasters, inventors of evil things, disobedient to parents,Without understanding, covenantbreakers, without natural affection, implacable, unmerciful: Who knowing the judgment of God, that they which commit such things are worthy of death, not only do the same, but have pleasure in them that do them.”