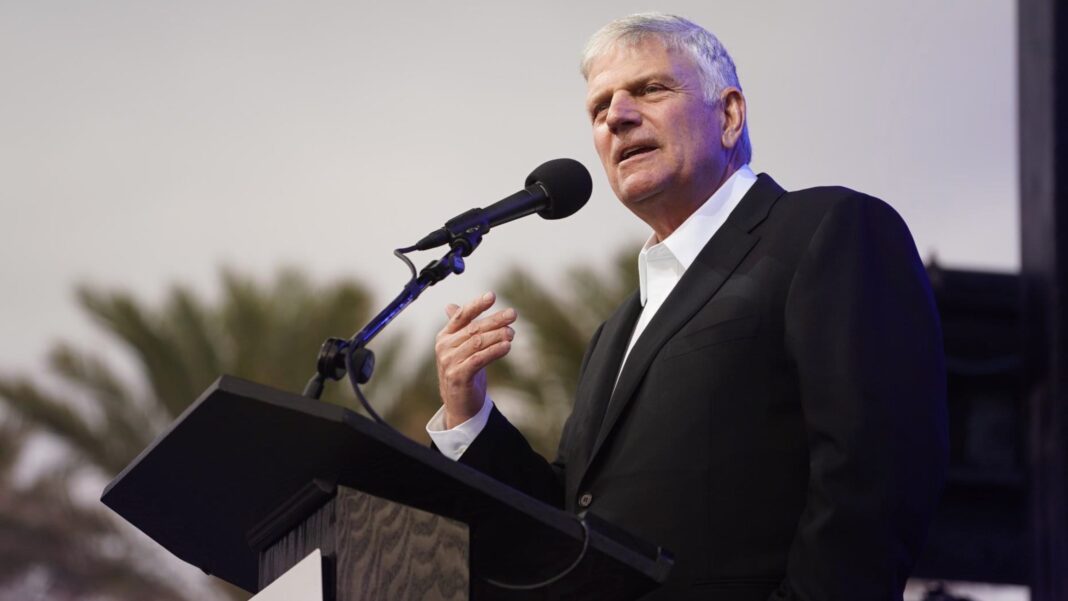 “In watching some of the Democratic National Convention on television this week, it has been interesting to see the absence of God,” Rev. Graham wrote on his Facebook page early Friday. “I don’t believe America’s finest hours will be in front of us if we take God out of government and public life.”

Graham went on to assert that it is God “who set the standards we are to live by,” noting that much of U.S. law has its roots in the Ten Commandments, including our laws against murder, theft, and perjury.

“When One Nation Under God becomes One Nation Apart from God, expect the consequences,” Graham wrote, citing American pastor Dr. Tony Evans. “That’s true in our individual lives and for our nation.”

Rev. Graham’s indictment of the Democrat Party echoes a growing perception that the Democrats have a serious God problem, which has left religious believers out in the cold.

Yet conservatives, Christians, and research centers are not the only ones concerned with the Democrats’ abandonment of religion.

Last year, Professor Peter Beinart of the City University of New York, a liberal political commentator, noted with concern in an essay in the Atlantic that white Democrats are invoking God far less than their predecessors and tend to refer to religious faith negatively rather than positively.

Past Democrat candidates like Bill Clinton, Al Gore, John Kerry, Barack Obama, and even Hillary Clinton all invoked God in their presidential announcement speeches, Beinart noted, and yet the leading Democrat presidential candidates for 2020 avoided any mention of God except to warn Americans how religion can be used to divide people.

The Democrats’ reluctance to mention God reflects a new demographic reality in the party, Beinart suggested. Since more and more white Democrats claim no religious affiliation, God talk is no longer met with approval.