Franklin Graham: As Protests Rage – Pray for the Freedom of the Iranian people 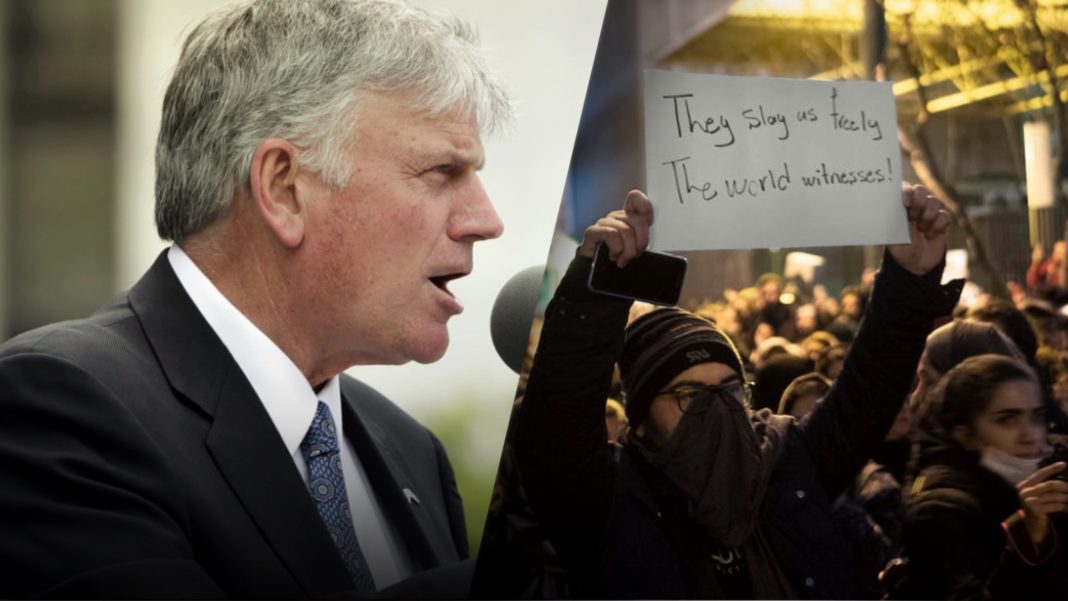 Franklin Graham took to Facebook calling for Prayer for the Iranian people as protests continue to rage throughout the region:

Pray for the Iranian people today, that they will be able to taste the freedom that they have longed for so many years.

Rev. Grahams comments come as protests continue for the 3rd day following the Iranian downing of a Ukrainian Plane killing 176.

Earlier Protests lead to an estimated death toll of 1,500 Iranian protesters killed, with the number likely much higher, with thousands more injured and detained by the regime.

Donald Trump tweeted during the recent round of protests in english and in Farsi to the Iranians, with a warning to the regime that the world, and more chiefly, the United states is watching:

Yesterday, it was reported that Iranian demonstrators refused to trample on the Israeli and American flag, with some chanting, “They are lying that our enemy is America; our enemy is right here.”

“Pray for President Donald J. Trump and his National Security Team, that God would give them wisdom as they make very difficult decisions,” Franklin Graham said last Tuesday following the missile strikes targeting U.S Troops. “And pray for the safety of our military personnel, coalition forces…”

We encourage all of our readers to heed Franklin Graham’s call to Prayer for those protesting the Iranian regime as it continually disregards the most basic freedoms; and to be steadfast in your prayer for the President and the United States Military.