Fmr. Israeli Amb. Danon: ‘All Options’ On the Table if US Re-Joins Iranian Nuclear Deal 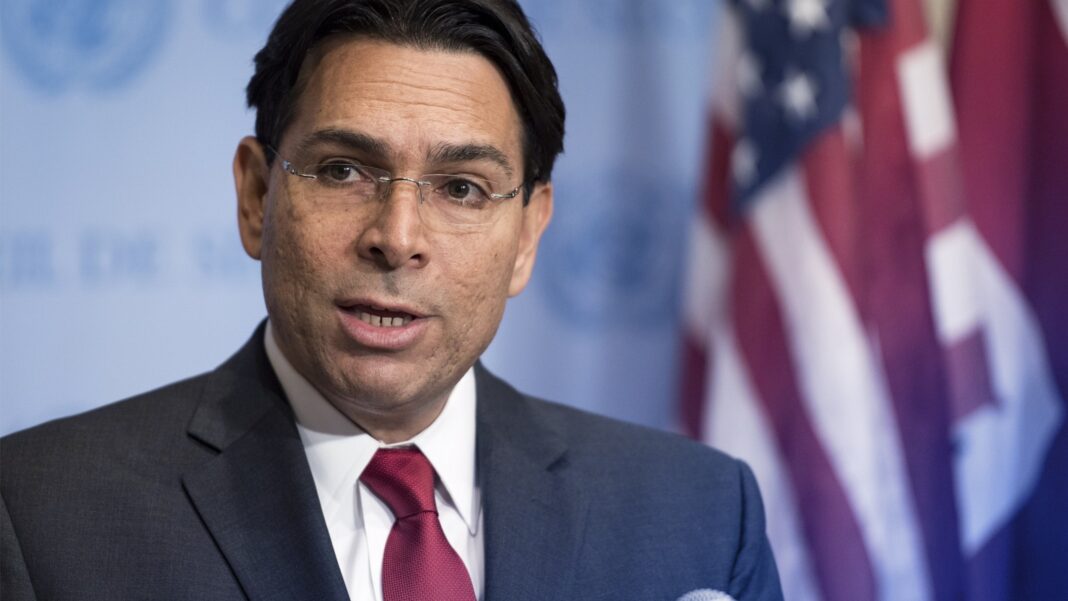 While the United States waits for the final results of the presidential election, Israel is watching.

Final results may be tied up in the courts for weeks, but Israeli leaders look to one major foreign policy difference between President Donald Trump and a potential Biden administration: Iran.

“The main concern for us is the Iranian issue,” Danny Danon, former Israeli ambassador to the United States told CBN News. “Vice president Biden said very clearly that he wants to re-enter the JCOPA, the agreement with the Iranians.  He wants to improve it, but we know the Iranians.  They will play their games.  They will continue with deceptions, with lies and at the end of the day, they will have the same agreement.”

Former President Barack Obama and then Vice President Biden forged the nuclear deal in 2015 that President Trump ended in 2018.  Biden and Senator Kamala Harris are on record to renew the deal if Iran meets certain conditions.

“If Tehran returns to compliance with the deal, President Biden would re-enter the agreement, using hard-nosed diplomacy and support from our allies to strengthen it and extend it,” Biden’s official campaign website says.

CBN News reached out to the Biden campaign and did not receive a response at the time of publishing.

Danon says Israeli leaders will consider changing its approach to mitigating the Iranian threat if the US re-enters the Iranian agreement as it stands today.

“If the US will decide to re-enter the JCOPA without making crucial changes, Israel will have to re-calculate our approach to the nuclear race of Iran.”

Danon told CBN News “all options” are on the table for how Israel may respond.

“We will not allow the Iranians to obtain nuclear capability.  We will do whatever is necessary.  We have the means to make sure it will never happen, and we mean it.”

In a powerful speech to the United Nations in 2015, Israeli Prime Minister Benjamin Netanyahu condemned the Iran Nuclear deal, explaining the incredible danger it poses to Israel and the rest of the world:

Unleashed and un-muzzled, Iran will go on the prowl, devouring more and more prey. In the wake of the nuclear deal, Iran is spending billions of dollars on weapons and satellites. You think Iran is doing that to advance peace? You think hundreds of billions of dollars in sanctions relief and fat contracts will turn this rapacious tiger into a kitten? If you do, you should think again.

I have long said that the greatest danger facing our world is the coupling of militant Islam with nuclear weapons. And I’m gravely concerned that the nuclear deal with Iran will prove to be the marriage certificate of that unholy union.

Seventy years after the murder of six million Jews, Iran’s rulers promise to destroy my country. Murder my people. And the response from this body, the response from nearly every one of the governments represented here has been absolutely nothing! Utter silence! Deafening silence.

The Prime Minister has praised the Trump administration for its hard stance on the Islamic Republic of Iran while condemning those who continually refuse to respond to Iran’s blatant violations of the nuclear deal.

With sanctions lifted on Iran, by a possible Biden administration, they will only advance their efforts against Israel. They have been doing this increasingly by way of Syria, using the war-torn country to house weaponry to attack the Jewish State, which has resulted in multiple Israeli strikes.