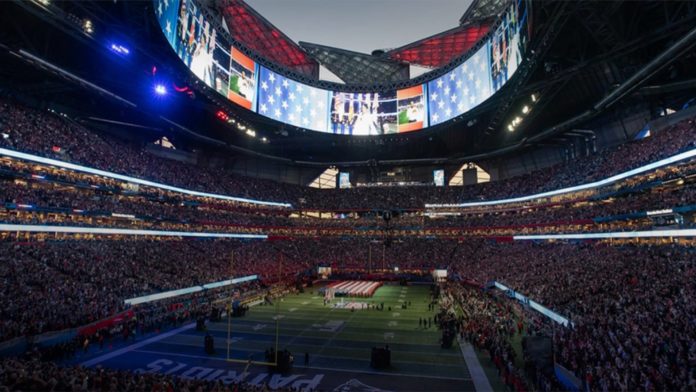 For the first time ever, an ad to be aired during the Super Bowl will feature drag queens, because apparently that’s what Fox has deemed Americans need.  Meanwhile, they’re giving a pro-life group’s ad featuring the voices of abortion survivors the cold shoulder.

The drag queens they’d rather hear from are from the television shown“RuPaul’s Drag Race.” The so-called “cultural icons” will make their appearance in an advertisement for Sabra Hummus.

Football fans are an unexpected, and perhaps unusual, target audience for this type of advertising but, then again, no one is exempt from the shameless corporate pandering to all things LGBT.

Drag queens, for the first time, will appear in a Super Bowl advertisement. “RuPaul’s Drag Race” alumni Kim Chi and Miz Cracker will make history in a commercial for hummus brand Sabra during the football championship game Feb. 2, when the Kansas City Chiefs will face the San Francisco 49ers.

Sabra has released a 15-second teaser of the ad featuring “Miz Cracker” and “Kim Chi.”“I hope this doesn’t give me helmet hair,” Miz Cracker says in the teaser as he dramatically tries to squeeze a helmet over his large wig.

According to AdWeek, the ad also stars rapper T-Pain, as well as “Real Housewives of New Jersey” stars Teresa Giudice and Caroline Manzo.

“We’re bringing a diverse group of personalities to the table and demonstrating just how incredibly versatile, relevant and relatable hummus is today. We think we’ve got something for everyone,” Chief Marketing Officer for Sabra, Jason Levine, told AdWeek.

Sabra believes that men pretending to be exaggerated, sexual caricatures of women make their hummus “relevant” and “relatable.” Looks like the folks at Sabra aren’t too concerned with the very large market segment who finds drag queens neither “relevant” nor “relatable” but rather offensive and degrading to women, not to mention downright immoral.

Naturally, those on the left are praising this move  with one marketing strategist, Bob Witeck, telling NBC News the ad is “revolutionary.” Referring to drag, Witeck said, “For queer audiences, it is an art form and an ‘outsiders’ language.” He went on to point out, “Reaching the Super Bowl means taking our language into every home in the nation and millions around the world.”

Meanwhile, as we reported this week,  Fox, this year’s Super Bowl broadcaster, approved an ad promoting sick gender fluidity and debauchery but deceitfully refused to approve an ad that would have showcased survivors of abortion.

This is just another forceful attempt to push sexual immorality and perversion as the new norms in America. It’s time for us to take a stand and send the message that we are tired of big corporations taking our business for granted and alienating us with their pro-LGBT, progressive messaging.

We are called to be separate from the wicked things of this world (2 Corin. 6:17). Pass on the Super Bowl this year.