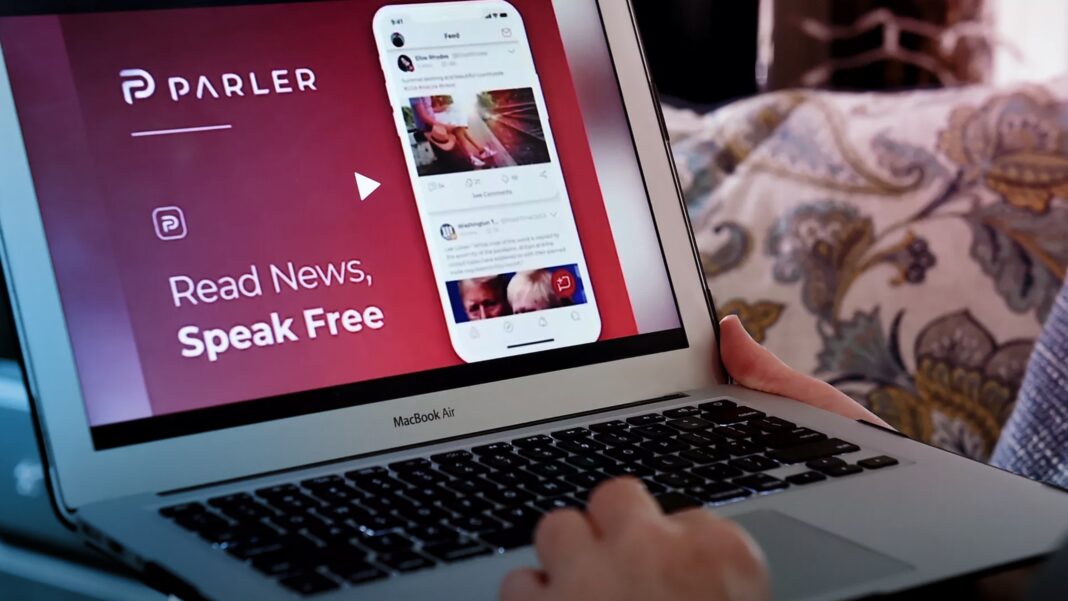 The Orange County center quoted from a recent USA Today article critical of Parler, MeWe and Gab for allowing conservatives to communicate and organize on their platforms free of censorship.

In the very same week that the U.S. Senate Judiciary Committee was holding hearings to investigate the unfair censorship tactics that Facebook, Google and Twitter wield against conservative voices, elements within the federal law-enforcement bureaucracy were showing they are more worried about the growth of conservative social-media competition from sites like Parler, which honors users’ First Amendment rights.

In an email sent Nov. 18 to California law enforcement agencies, the federal center in Orange County highlighted in yellow marker a portion of a USA Today article that bemoans the rapid growth of Parler, MeWe and Gab, which are “gaining momentum with a promise not to censor their users for behavior that might violate the policies of their rivals.”

The federal fusion center also highlighted the following passage from the USA Today article which seemed particularly worried about Americans posting “false claims of election fraud” in the 2020 presidential election.

“But much like the social media site Gab, Parler has quickly attracted the extremist crowd in addition to self-proclaimed center-right conservatives… Groups from the far-right Proud Boys, which includes large numbers of white supremacists, to heavily armed anti-government militias have gathered on the site to spread conspiracy theories, racist memes and false claims of election fraud.”

Insiders tell LeoHohmann.com that the 50-plus fusion centers scattered throughout the U.S. get much of their intelligence from the FBI.

If the FBI and the fusion centers are trying to sully the reputations of Parler, Gab and MeWe in the eyes of local law enforcement, that would suggest that the U.S. intelligence community is considering clamping down on these sites should Joe Biden become the next president.

“Everything they come out with lately is about right-wing this and right-wing that,” said one federal agent who asked not to be identified. “This is literally like electronic warfare when they’re sending alerts out to law enforcement, trying to change our views. That’s very disturbing because most law enforcement officers are conservative. This [email] contains some very harsh wording  suggesting basically that if you’re on Parler or one of these other sites you’re an extremist. But they’re perfectly OK with Ilhan Omar’s extremist comments [on Twitter].”

What does this mean?

The Orange County Intelligence Assessment Center is one of dozens of federal “fusion centers” that Congress authorized to be opened in all 50 states after the 9/11 terrorist attacks. The centers were supposed to aid state and local law enforcement by soliciting tips from the public and gathering intelligence information about potential Islamic terrorist attacks. But it did not take long before these federally funded centers turned their focus inward on the American people.

Fusion centers have been caught violating the civil rights of American patriots in the past, as reported by LeoHohmann.com [read here and here], and now there is fresh evidence that these intel centers are focusing their spying activities not on the real terror threats of Antifa, BLM and the jihadists but on ill-defined “far-right extremists” and “white supremacists.”

Congress funnels tens of millions of federal tax dollars to these fusion centers through the Department of Homeland Security. By sending out such a politically charged email, the California fusion center, likely under the influence of the FBI, is telegraphing a clear bias against conservative speech. It appears that, to the federal deep state, the First Amendment only applies to Democrats, socialists and liberals.

While members of the hard left such as Congresswomen Omar and Alexandria Ocasio-Cortez, and even Iranian mullahs and ISIS jihadists, can tweet their anti-American invective without fear of being censored by Big Tech, the U.S. deep state is showing it does not want to afford the same free speech rights to hardworking, taxpaying Americans who love their country and want to keep it free.

You can read the email for yourself in the screenshots below. Pay particular attention to the sections highlighted in yellow, which show the priorities of the federal law enforcement deep state