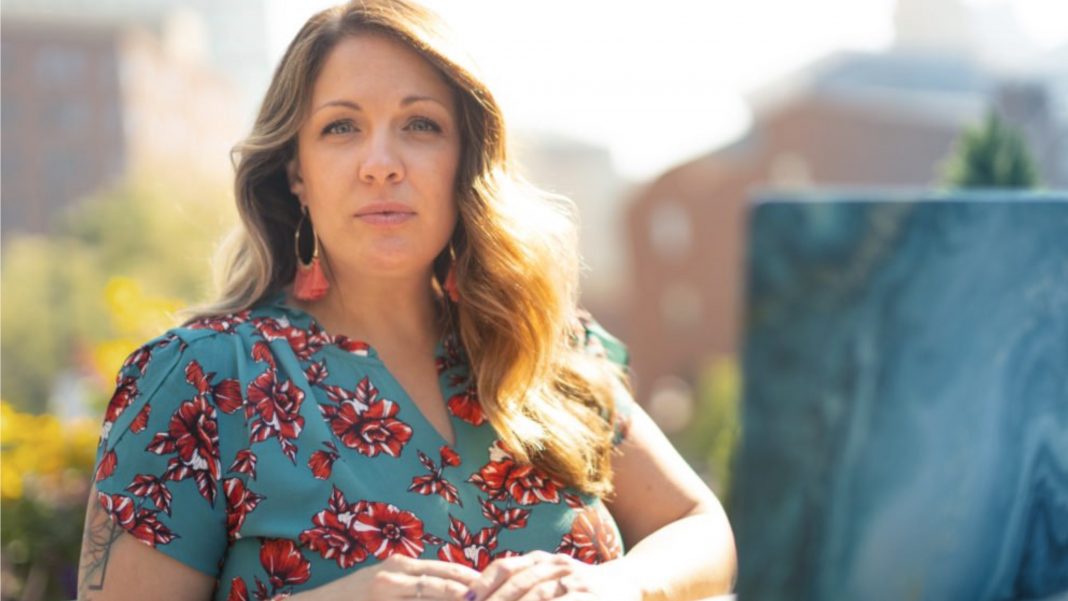 A Colorado website designer is asking the Supreme Court to accept her appeal of a lower-court decision depriving her of the right to conduct her business according to her religious beliefs.

Attorneys for Lorie Smith, the owner and sole employee of 303 Creative, submitted a writ of certiorari to the Supreme Court on Sept. 24, asking the justices to overturn a decision of the 10th Circuit Court of Appeals in Denver, which held that Colorado officials can “force [Lorie] to create custom websites that [she] otherwise would not.”

Smith is represented in the case by the Alliance Defending Freedom (ADF), an Arizona-based public interest law firm that specializes in First Amendment and religious freedom litigation.

The ADF has won 13 Supreme Court victories in recent years, including Masterpiece Cakeshop Ltd v. Colorado Civil Rights Commission in 2018, which upheld the right of fellow Colorado artist Jack Phillips to practice his faith in his business of making wedding cakes.

“But the Colorado Anti-Discrimination Act (CADA) requires her to create custom websites celebrating same-sex marriage and prohibits her statement—even though Colorado stipulates that she ‘work[s] with all people regardless of … sexual orientation,’” the writ reads.

“The Tenth Circuit applied strict scrutiny and astonishingly concluded that the government may, based on content and viewpoint, force Lorie to convey messages that violate her religious beliefs and restrict her from explaining her faith.”

The writ states that two key questions are raised by the case, including “whether applying a public-accommodation law to compel an artist to speak or stay silent, contrary to the artist’s sincerely held religious beliefs, violates the Free Speech or Free Exercise Clauses of the First Amendment,” and “whether a public-accommodation law that authorizes secular but not religious exemptions is generally applicable under Smith, and if so, whether this Court should overrule Smith.”

Smith referred to the 1990 Supreme Court decision of Employment Division v. Smith that Colorado officials cited as supporting the CADA, even though the state law “creates a ‘gerrymander’ where secular artists can decline to speak but religious artists cannot, meaning the government can compel its approved messages.”

If the high court accepts the case, it would hear oral arguments next spring and could issue a decision as early as July 2022.

Given the Masterpiece Cakeshop decision, the Smith case could be viewed as a straightforward opportunity for the justices to remind lower courts and state officials that the First Amendment guarantees every individual American the right to practice and express their religion, or lack thereof, according to ADF General Counsel Kristen Waggoner.

“The government shouldn’t weaponize the law to force a web designer to speak messages that violate her beliefs. This case involves quintessential free speech and artistic freedom, which the 10th Circuit dangerously cast aside,” said Waggoner, who argued before the 10th Circuit on Smith’s behalf.

“Colorado cake artist Jack Phillips has been harassed for years, and now, Lorie Smith is being told that she must speak views she opposes and can’t post about her beliefs on her own business website. The 10th Circuit’s reasoning turns free-speech protections on their head by saying that the more ‘unique’ speech is, the more the government can compel it.

“That kind of dangerous, unconstitutional reasoning is why we have asked the U.S. Supreme Court to take Lorie’s case.”

Waggoner was referring to actions taken by the CCRD against Phillips in the aftermath of the Masterpiece decision, including new charges of CADA violations that effectively forced him to retrace the same costly litigation path that resulted in the landmark 2018 decision.

The Supreme Court could also be inclined to accept the Smith case because, according to the writ, the 10th Circuit’s decision “cements a three-way split over conflicts between free speech and laws like CADA, pitting the 10th Circuit and several state courts of last resort against the Eighth and 11th Circuits and the Arizona Supreme Court.

“At the same time, the opinion contradicts this Court’s free-speech precedents, which have repeatedly declared as anathemas to the First Amendment all government attempts to compel speech, to regulate speech based on content, and to stamp out disfavored speech.”

Franklin Graham responded to this news, warning on Facebook that “LGBT activists want to force their agenda on the rest of the world”:

“Bakers, florists, photographers, now web designers. Where will it end? LGBT activists want to force their agenda on the rest of the world,” he wrote. “Lorie Smith, a Christian web designer from Colorado, is fighting in the courts to protect her right to not create websites that promote and communicate messages violating her religious beliefs and conscience.”

“Lorie is fine with serving all people, but she should never have to create websites and graphics supporting topics that go against her personal beliefs and values,” Graham urged. “Lorie’s Alliance Defending Freedom attorney, Kristen Waggoner, said, ‘The government shouldn’t weaponize the law to force a web designer to speak messages that violate her beliefs…’ Yesterday Lorie’s case was petitioned to the Supreme Court. Pray that they will hear it and rule in favor of free speech, rights of conscience, and religious liberty.”

RECOMMENDED – Franklin Graham: Those Who Will Never Back Down Or Bow To The gods Of This Age

There has been an overwhelming push in western societies in recent years to pressure those who hold Biblical values to forsake God’s standard of morality, for societies’ new standards of “right and wrong.”

As our culture becomes increasingly secularized, countries such as the United States, have turned away from its Judeo-Christian founding, demonizing those who have not “progressed” along with them.

In Jeremiah, we read something very similar to what we are seeing today found in ancient Israel. In Jeremiah chapter 2, God describes the astonishing nature of a people who would exchange the glory of God “for that which doth not profit” (Jeremiah 2:8-9).

God reminds the Israelites that they did not turn from Him because they found any fault in Him, but instead, they had “gone far from” Him because they became “vain” and sinful but refused to acknowledge they were sinners (Jeremiah 2:5,29,35).

Furthermore, the ancient Israelites said to God, “We are lords; we will come no more unto thee” (Jeremiah 2:31). Much like our generation, they opted to serve themselves rather than God, knowing that with Him removed they were no longer standards of right and wrong and morality turned to be objective to the individual.