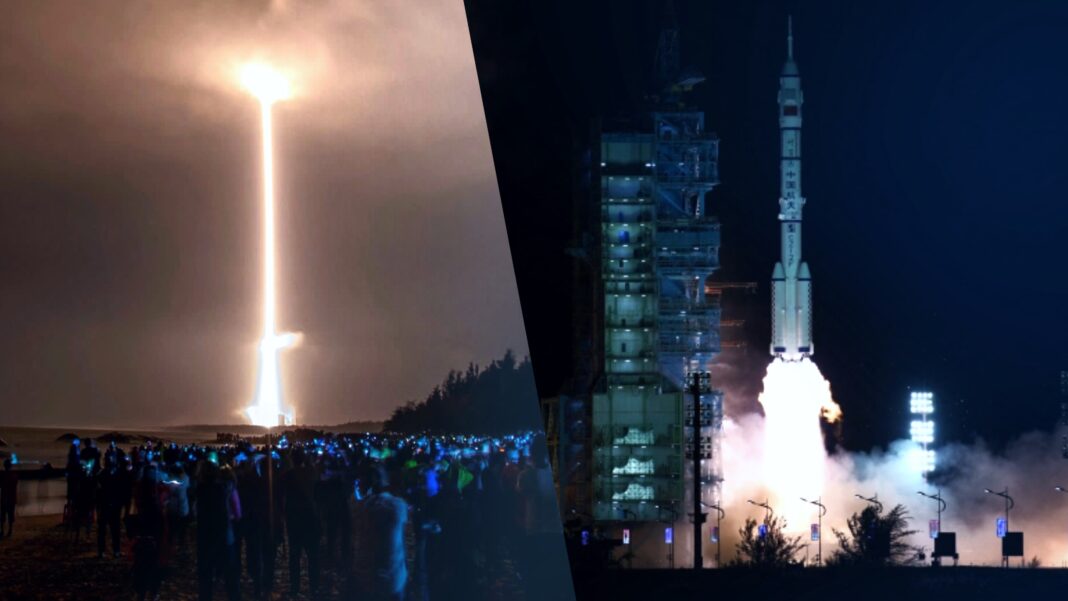 The missile launched in August and circled the globe before speeding towards its target, which it missed by about two-dozen miles according to three individuals briefed on the intelligence. Two of those individuals said the test showed how far China has progressed on hypersonic weaponry – farther that U.S. officials realized.

“We have now idea how they did this,” one individual told The Financial Times.

Taylor Fravel, an expert on Chinese nuclear weapons and professor at MIT, said it would be “destabilizing” if China fully developed and deployed such a weapon.

“Hypersonic glide vehicles…fly at lower trajectories and can maneuver in flight, which makes them hard to track and destroy,” Fravel said.

U.S. military officials in recent months have warned about China’s growing nuclear capabilities, particularly after the release of satellite imagery that showed it was building over 100 intercontinental missile silos. Two sources familiar with the recent test noted that the weapon could, in theory, fly via the South Pole instead of the more heavily monitored North Pole route.

During a Senate Armed Services Committee hearing in March, Admiral Philip Davidson, head of Indo-Pacific command, warned against an increasing “imbalance” in the region brought on by China’s rapid military advance.

“The military balance in the Indo-Pacific is becoming more unfavorable for the United States and our allies,” Davidson said. “With this imbalance, we are accumulating risk that may embolden China to unilaterally change the status quo before our forces may be able to deliver an effective response.”

China announced earlier this year that it will increase its defense budget by 6.8% in 2022.

One major concern is that China is not currently tied to any arms-control deals and has yet to properly engage in talks with the U.S.

The Pentagon did not comment on the specific test, but did acknowledge that China is a top priority.

“We have made clear our concerns about the military capabilities China continues to pursue, capabilities that only increase tensions in the region and beyond,” John Kirby, a Pentagon spokesperson, told Fox News. “That is one reason why we hold China as our number one pacing challenge.”

China is currently denying that the launch was to test a hypersonic missile, stating it instead was a “routine test of a space vehicle to verify the technology of their reusability.”

Rep. Mike Gallagher, who is the top Republican on the House Armed Services Committee and a member of the Congressional China Task Force, released a statement following China’s test.

In the statement, Gallagher urged that America’s “current complacent course” will cause the US to “lose the New Cold War with Communist China:”

“This test should serve as a call to action. If we stick to our current complacent course–or place our hopes in bankrupt buzzwords like “integrated deterrence”–we will lose the New Cold War with Communist China within the decade. The People’s Liberation Army now has an increasingly credible capability to undermine our missile defenses and threaten the American homeland with both conventional and nuclear strikes. Even more disturbing is the fact that American technology has contributed to the PLA’s hypersonic missile program.

“We know from a recent Washington Post report that Phytium uses US-derived technology to power a military supercomputer that models hypersonic flight. While the Biden administration rightly placed Phytium on the Commerce Department’s Entity List, it has not applied the Foreign Direct Product Rule that was successfully used to counter Huawei. As a result, US-derived technology produced by TSMC still enables Phytium’s malign work. This needs to change.

This news comes amid months of ramped-up threats by the Communist nation. China has become particularly emboldened in the Taiwan straight, in which they have warned nations not to interfere in the conflict between themselves and Taiwan.

Amir Tsarfati commented on this rise in tensions, in his recent MIDEAST REVIEW “The Strength Of Rhetoric,” saying that it may be “the most concerning geopolitical situation facing us today.”

“When Xi finally makes his move [on Taiwan], it will be interesting to see if any of Taiwan’s western allies, including the US, will come to her defense,” Tsarfati wrote. “If they do, it could mean military confrontation. If they don’t, China will see a green light to physically move into what up to now has only been a spreading financial empire.”

In Luke 21:25, Jesus says, “There will be signs in the sun, and in the moon, and in the stars; and upon the earth Distress of Nations with Perplexity, the seas and the wave roaring. These things will be greatly increased and primarily take place during the seven-year Tribulation (from which the church is absent). However, with the current global state of turmoil amongst the nations, we can’t help but recognize the distress of nations Jesus describes in Luke 21 and Matthew 24, rising in our world today.