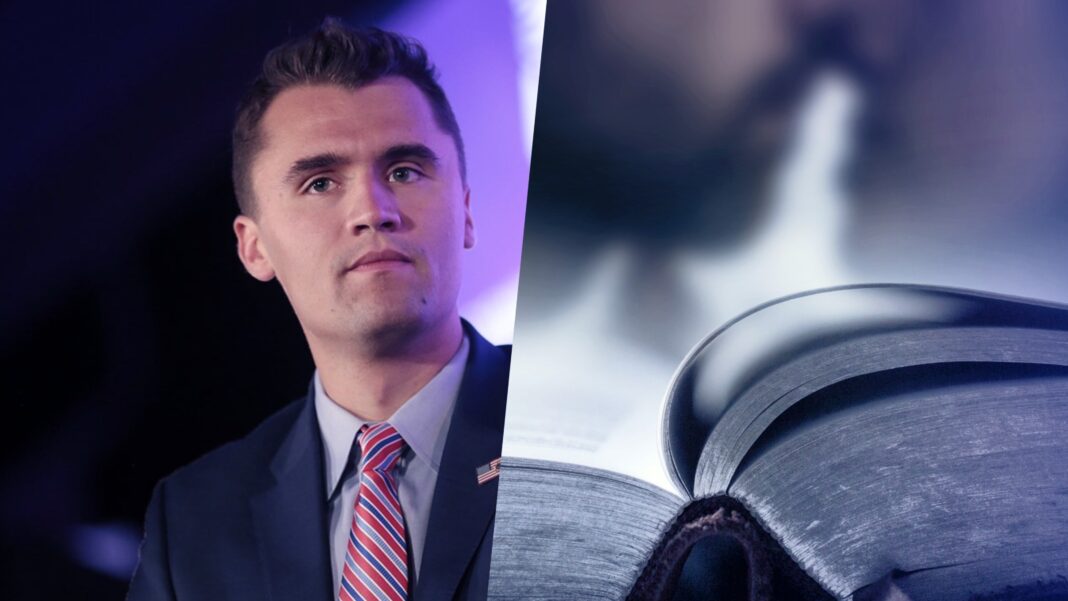 (Charlie Kirk) — I was trending on Twitter on Friday (again), this time for using the phrase “sexual anarchy.”

Since millions of wonderful, normal Americans couldn’t care less about what trends on Twitter, let me explain.

A clip from the live stream of my national radio show began circulating online in which I said, among other things, that Democrats don’t want the same America that conservatives want. I listed several examples of this self-evident phenomenon, including how the Democrat Party is advancing a culture marked by sexual anarchy.

I barely remember saying it to be honest, but it apparently struck a nerve. Even the conservative luminary David French, well known moral arbiter and scold, called me out for my hypocrisy, noting my support for Donald Trump, who has had a reputation as a ladies’ man.

Dimwitted blue-check Twitter only understands anarchy in terms of how government is structured. But that’s a simplistic use of the word. Anarchy means without a ruler or chief, in any context. Oxford Dictionary defines it as “a state of disorder due to absence or nonrecognition of authority.”

I didn’t come up with the expression “sexual anarchy.” Manhattan pastor and good personal friend David Engelhardt devoted a whole chapter on the subject in his upcoming book, Good Kills, of which I’ve had the privilege of reading an advance copy. Here’s how he describes it:

The hatred of structure. The motivation to consume for the pleasure of self. Sexual anarchy is the throwing off of God’s sexual order. That order as dictated by Jesus is as follows: “Have you not read that from the beginning the Creator ‘made them male and female,’ and said, ‘For this reason a man will leave his father and mother and be united to his wife, and the two will become one flesh’? So they are no longer two, but one flesh. Therefore, what God has joined together, let man not separate.”

God’s sexual order is as plain in nature as it is in scripture, and people everywhere have observed and recognized these “facts of life” for millennia. But the progressive left has succeeded in so corrupting our language, our media, and our universities that it is now controversial to state observable, objective, scientific truths. It’s even worse if you root those truths in the Judeo-Christian tradition.

The facts that there are only two genders; that transgenderism and gender “fluidity” are lies that hurt people and abuse kids; and that God’s good, loving, and joyful ideal for our lives is for a man and woman to be joined in a lifelong marriage covenant—these are all under official opprobrium in 2021.

In nearly every conceivable way, sexual anarchy, or the lack of healthy sexual order, is obvious in America. Marriage rates are plummeting. Birth rates are falling off a cliff. Young people are addicted to pornography. The progressive pillars of Hollywood, legacy media, and metropolitan elites want to cancel entire states like Texas for standing up for the unborn. The NCAA will relocate sporting tournaments from states that don’t allow male “trans” athletes to compete against biological females.

It’s also why the “trans community” is currently mounting a cancellation campaign against comedian Dave Chappelle for saying something as innocuous as “gender is a fact.” Chappelle notes that Harry Potter author J.K. Rowling—noted Trump basher and left-winger—has been cancelled because she’s considered a TERF—a “trans-exclusionary radical feminist,” whose deaths are routinely and gleefully called for on social media.

John ‘Jaclyn’ Moore, the trans (and white) Hollywood showrunner of Netflix show Dear White People—is leading the cancellation effort against the black comedian, saying he “won’t work” for Netflix again until it pulls his comedy special from its platform. Sex, and sexual identity, are now higher on the progressive hierarchy than race.

Either way, here’s the good news. The more we say the truth out loud, the easier it is for the rest of us to say it, too. Amidst the controversy, Dave Chappelle has embraced the moment, and he’ll probably emerge stronger because he’s refusing to back down or apologize. He even received a standing ovation at the Hollywood Bowl in Los Angeles, of all places, stating he was going to “cancel” cancel culture.

Conservatives, independent thinkers, and normal Americans need to realize that we’re being tyrannized in our speech, our institutions, our entertainment, and our education by a tiny minority of deranged, highly motivated, radicals who want to destroy the structure and order of society. They want anarchy in the bedroom as much, if not more, as they want it in the halls of government. They want to burn it all down, because of the patriarchy, systemic racism, or whatever grievance they are pushing today.

Author and ‘Stand Up For The Truth’ radio host, David Fiorazo, earlier this year wrote about society and Hollywood’s increased promotion of perversion.

“One way the left deceives our society is they commandeer language, remove any fixed absolutes, and moral restraints,” Fiorazo explained. “Then they anoint themselves as authorities to manipulate and steer the culture. Consider the new meanings they have given to words like ‘diversity, equality, empowering, inclusion, and tolerance.’”

Fiorazo further pointed out comments made by Candace Owens in an interview with Tucker Carlson, where she stated that our world is “canceling” the truth while promoting the sexualization of society.

“This is starting to seem like it’s not even left or right, it’s not a political issue,” Owens stated. “This seems like an attack on American values, American traditions…. This is not about diversity anymore, it’s about perversity. We are celebrating perversity in America.”

“She’s right,” Fiorazo wrote in response. “It seems perverse and sinister because this is demonic. Forces of darkness in high places are driving this decay of our culture. God’s judgment is coming. Celebrity elites think they are their own gods – but they’re in for a rude awakening. Scripture warns about those who are wise in their own eyes, and in Isaiah 5:20 [we read]: ‘Woe unto them that call evil good, and good evil; that put darkness for light, and light for darkness; that put bitter for sweet, and sweet for bitter!'”

To those familiar with Bible prophecy, the normalization and promotion of sexual immorality is not surprising. In Luke 17, Jesus tells his disciples that the time prior to His return to the earth, the world will be “as it was in the days of Lot.”

In Lot’s day, God destroyed Sodom and Gomorrah, chiefly for the sexual immorality and homosexuality that the cities were given over to (Genesis 19). In the book of Jude, the people in Sodom and Gomorrha were described as, “giving themselves over to fornication, and going after strange flesh” (Jude 17).

It is also worth noting that in Ezekiel 16:49, God rebukes the city of Sodom for an additional sin it was overrun by… “pride.”