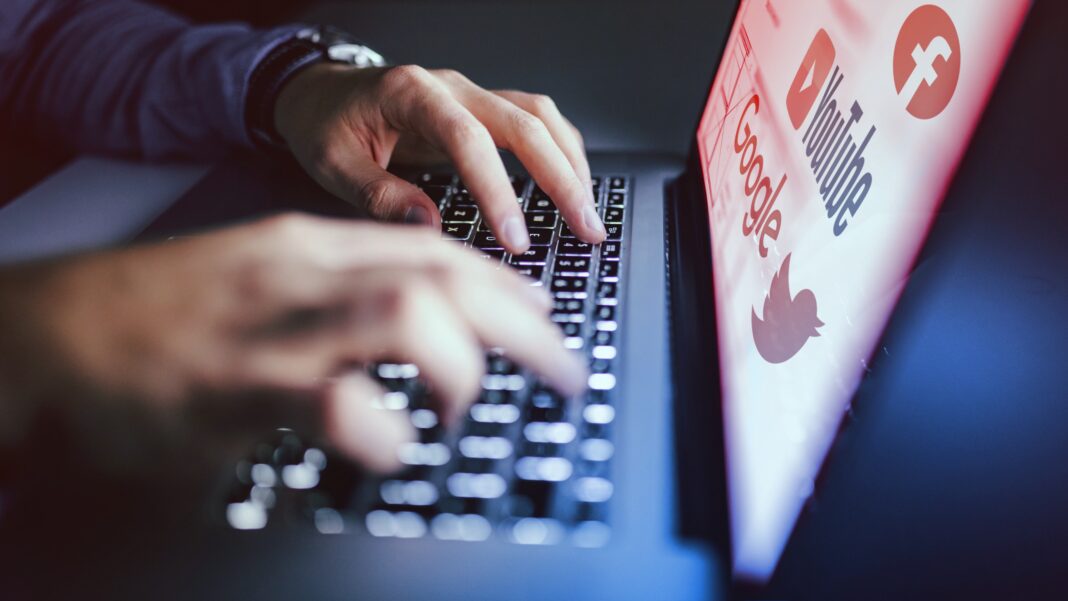 Threats to our religious liberty were subtle a few decades ago. But then came the discrimination, the propaganda, the intolerance of the left and the politically correct mob, and now, cancel culture. But more Christian Americans are fed up! Many of us have decided:

The more the culture tries to silence us, the more we will fight to speak the truth.

The left can’t win arguments and debates because their policies are awful and their worldview is warped. They rejected God so they now have to silence those who disagree with them and who hold to a biblical worldview. This is where you and I come in.

I’ve contacted over a dozen pastor friends and conservative leaders of Christian ministries or non-profits for this report. Almost every single one of them said similar things about why they were banned, censored, deleted, or warned by big tech or social media platforms. It comes down to intolerance of the biblical worldview.

Enemies of God are not as concerned about silent Christians, but these are remnant believers who are unashamed of the name of Jesus and the Gospel.

Olive Tree Views founder and host of Understanding the Times radio, Jan Markell has been marginalized on all social media. Her page was deleted by YouTube twice and she has had programs taken down due to content such as Bible prophecy and concerns about government. Many Christian leaders will be venturing to new platforms.

Markell declares, “You will now be punished by big tech for telling the truth. They are in love with evil and think righteousness is dangerous.”

I interviewed Mike Lindell, CEO of My Pillow on Monday, and he shared about using the platforms God gives us for as long as we can. His first documentary, Absolute Proof, was immediately taken down from Vimeo, YouTube, and even removed from the server his websites were on.

James O’Keefe, Ryan Anderson, Liz Wheeler, and David Daleiden have all been censored. Pastor Dan Fisher and Paul Blair in Oklahoma have been censored for biblical preaching and their church was dropped by Vimeo. Charlie Kirk of Turning Point USA had a speaking event at a Seattle church cancelled over threats of arson and violence by a leftist mob. I could name dozens more!

Heidi St. John (The Busy Mom) has been in and out of Facebook jail; Jack Hibbs, Dr. Jake Jacobs and Duke Pesta have been warned or demonetized; my video on a mask study got Freedom Project’s YouTube flagged and frozen for a week.

Another pastor friend, Carl Gallups in Florida has been shadow-banned by Facebook for allegedly “disseminating fake news” or false information about masks, vaccines, and the 2020 election. But many of the articles posted came from credible sources, medical sites or doctors. Gallups stated:

“YouTube also issued a strike against us on a 2016 video about Kamala Harris, and threatened that if we publish any other such video, they would pull our channel altogether. That video was of my interview with Mike Zullo – chief investigator under Sheriff Joe Arpaio’s Obama BC investigation. We were talking before the 2016 election about how Kamala shouldn’t even be in the Democrat pool of candidates because she is not “natural born” by definition. That interview (posted in 2016) STAYED on YouTube until 2020, right after the election when Biden Harris “won.” THEN they took it down and threatened us with termination.

Evangelist, Mike Gendron, a former Roman Catholic, has been threatened by Catholics to have his website shut down “if we don’t stop spreading lies about the Catholic Church.” American Airlines recently placed Gendron on a “no fly list” – apparently for a mask violation that never even occurred. He’s been flying for over 50 years and notes the growing persecution of Christians.

How should believers respond to an increasingly hostile culture? We need to make up our minds to continue fighting the good fight of faith. America no longer abides by liberty and justice for all, but no matter how hostile it becomes, we are called to conduct ourselves in a manner worthy of the Gospel of Jesus Christ.

“This longing for righteousness and justice is becoming more prevalent today among conservative Christians. Anyone who takes a stand for truth and morality has become a vulnerable target for the cancel-culture movement and a government that seeks to control its citizens by taking away their freedoms.”

Another pastor friend, John Haller in Ohio, told me he received two strikes from YouTube; one for a video after the January 6 Capitol riot/demonstration, the other strike for a video from the Last Days Bible Conference in Canada where he talked about vaccine passports, cited the World Economic Forum, and played a Naomi Wolf interview by Eric Metaxas. Haller, who is also a trial attorney, stated:

“This is ludicrous. You cannot even discuss this. I played a video of Justin Trudeau talking about the Great Reset. I showed portions of the WEF Strategic Intelligence website. This [censorship] is ridiculous. YouTube was given protection from lawsuits for allowing content to be posted. It was not given an exemption to get wildly rich off of this business model and act as a content censor.”

I also interviewed actor, author, and activist, Kevin Sorbo a few weeks ago about the cancel culture and Hollywood. An outspoken Christian, his Facebook page was taken down without warning and he concluded that due to the whole woke thing, they will now come after you.

‘I’ve had enough of the hypocrisy, where nobody’s pointing it out; I got to a point with my agent and my manager who just said, ‘We can’t represent you anymore.’ I said ‘why?’ ‘Well because you’re conservative and Christian,’ “This is an industry that screams more than anybody else about tolerance… now all that stuff is completely a one way street.”

Another guest on Stand Up for the Truth is Pastor J.B. Hixson in Colorado with Not By Works Ministries received three warnings and two strikes on its You Tube channel. Apparently, if they receive one more strike, their entire channel will be permanently removed. He said there is no consistency with how YouTube flags the videos.

In an email to me a few days ago, JB stated:

“In total, five of our videos have been banned. In all five cases, the stated reason was “medical misinformation.” This is in spite of the fact that the stated infractions all involved citations of reputable journals and organizations such as the CDC, …New England Journal of Medicine, …NIH, and a host of credentialed MD’s, PhDs, virologists, microbiologists, and other scientists.

But the subjects JB was discussing included geoengineering, rise of the police state, government surveillance, and other topics that he covers in a series called, “Spirit of the Antichrist.” Regardless, the stated reason for banning the videos was “medical misinformation.” He said it seems likely that YouTube is using AI to find biblical content.

Senator Josh Hawley (R-MO), a committed Christian, had a book deal with Simon and Schuster which they canceled. Why? Hawley called for an investigation into claims of election fraud. He had also frequently criticized social media giants for “alleged anti-conservative bias to monopolistic control of the online market.” He states:

“At a time when these platforms are determining elections, banning inconvenient political views, lining politicians’ pockets with hundreds of millions of dollars, and addicting our kids to screens, I want to draw attention to the robber barons of the modern era. This is the fight to recover America’s populist democracy.”

If you believe Jesus is Lord, the Bible is God’s Word, and people need to repent of their sins, you will be canceled – that is, IF they know you’re a Christian and if you speak the truth publicly. This includes the remnant of true Christian churches, everyday citizens, and especially pro-life organizations. If you resist Rona virus fear-mongering or have concerns about vaccines and overreaching mandates, you’re on the list!

If you like irony, my own book, Canceling Christianity has a chapter about the abusive power of big tech and social media platforms. An ad for the book was already rejected by Facebook last week! I was canceled, apparently for mentioning “politicians or sensitive social issues that could influence public opinion…”

But that’s what the Left does all day long! They influence opinion by spewing lies. they shut down debate, factual information, and opinions that don’t line up with their godless worldview. They claim to be open to civil discourse and yet they silence speech. This is un-American and unconstitutional! They say they want unity, but they demand submission. And they will punish those who disagree.

Truth is hate to those who hate the truth.

I have been shadow-banned, limited, and warned by the free speech police for sharing the truth. Factual information. It is just a matter of time before my accounts are restricted or deleted so I need your help. The way things are going, my book will likely be censored and we’ll be very limited in ways to promote the book.

What we are seeing is totalitarian and un-American. We knew a leftist government was capable of communist policy, but we are seeing a dangerous, one-party (D) big tech media conglomerate suppress speech and cancel American citizens.

And remember, a sitting president was viciously attacked for four years by the Democrat media and banned from major big tech platforms – in America, the land of the free.

We shouldn’t be surprised by any of this, but the speed in which so many events are converging is alarming – and of course prophetic. Chaos, confusion, deception and the antichrist spirit of the age is on the move.

We’ve never in all American history had this much division, suppression of truth, and propaganda about a health issue or treatment. And they’re now using all this to control people. It’s as simple as that; bow down, comply, submit!

Power corrupts. Know the facts, understand the times we’re living in, beware of leftist virtue signaling and please do your research. Oh, and please refuse to be silent!