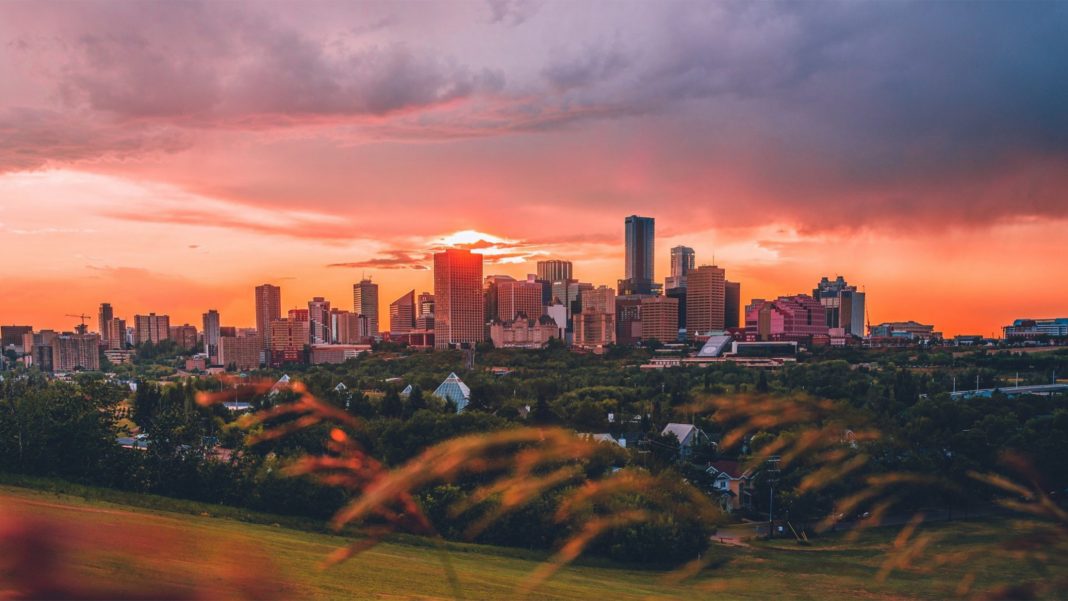 The University of Alberta Hospital is threatening to remove a terminally ill patient from the donor list for a lung transplant if she refuses to get vaccinated against COVID-19, a legal organization representing the patient says.

Annette Lewis, a 56-year-old woman who is terminally ill with idiopathic pulmonary fibrosis in both of her lungs, has been waiting for a transplant for over a year. Without the transplant Lewis won’t survive, as her lung capacity had dropped to only 40 percent two months ago, according to Justice Centre for Constitutional Freedoms (JCCF), a non-partisan legal organization representing Lewis.

In a letter dated Aug. 9, the University of Alberta Hospital, located in Edmonton, informed Lewis that she cannot receive the lung transplant without getting the COVID-19 shot, according to JCCF. In a subsequent telephone conversation with a member of the hospital’s Lung Transplant Program team on Sept. 2, Lewis was told that she is “number two” on the donor recipient list, and was again informed that she must be vaccinated in order to get the transplant, the JCCF added.

In a recording of the phone conversation given to the JCCF, she was told by a doctor with the lung transplantation program that “all of our pre-transplant patients are going to be required to have the COVID vaccine,” and that she would be taken off the donor list if she refuses to be vaccinated.

“If I don’t get the vaccine, I’m not going to get the transplant, and we all know what the end result of that is for me,” Lewis said, explaining that she’s worried the vaccine would adversely affect her lungs, according to the JCCF.

Lewis told the doctor that she is concerned about the side effects of the COVID-19 vaccines, which are not fully approved by Health Canada but are authorized under an “interim order,” JCCF said. Clinical trials for COVID-19 vaccines, including the ones created by Pfizer-BioNTech and Moderna, are ongoing.

According to the JCCF, Lewis has complied with the lung transplantation program team’s request to again receive vaccinations for diseases that she’d already been vaccinated against in her childhood, but she is reluctant to take the still-experimental COVID-19 vaccines.

In the United States, COVID-19 vaccinations have resulted in over 7,200 deaths between December 2020 and June 2021, according to the U.S. Vaccine Adverse Events Reporting System.

On Sept. 2, the JCCF wrote a legal demand letter to Dr. Rhea Varughese, a respirologist on the lung transplantation team and an assistant professor at the University‘s Department of Medicine, asking that Lewis be exempt from the requirement for a COVID-19 vaccine and that she remain on the double-lung transplant donor list.

“Your team’s conduct in giving Ms. Lewis an ultimatum of this nature is coercive and unethical. Threatening a patient’s access to life-saving medical treatment if she does not accede to your demand that she participates in an experimental treatment that is known to potentially cause serious side effects, including permanent disability and death, is disturbing,” Allison Kindle Pejovic, a staff lawyer at the JCCF, stated in the letter.

“If Ms. Lewis is removed from the transplant list she will die. This is a gross violation of her freedom of choice. Having to choose between taking an experimental vaccine that she does not want, or certain death, is not a choice.”

The Epoch Times reached out to the University of Alberta Hospital and was told to contact Alberta Health Services (AHS) for comment. AHS didn’t respond by time of publication.

Back in August, Derek Kovick in Washington State was also reportedly taken off of the transplant list for refusing to take to COVID vaccine.

In an interview with Tucker Carlson, the man explained that the University of Washington Medical Center informed him “last-minute” that he would not be able to receive a liver transplant unless he complied with receiving the vaccine.

On “Tucker Carlson Tonight“, Carlson called the situation “beyond belief” and essentially dismissing patients to “let them die” because they refused to submit to an unrelated medical procedure.

“I’ve been on the transplant list for my third liver transplant since last fall, and I’ve got some bile duct issues. So this past week, I needed to go to the University of Washington in Seattle to have a procedure done,” Kovick recounted.

“Before I came up, a nurse called me and said that the infectious disease team had met and decided that all of his transplant patients now have to have a vaccine, otherwise we will be placed ‘Status 7’ which means you aren’t going to be on the transplant list – you don’t have to requalify, but you basically have to adhere to the rules which is having a COVID vaccine.”

Kovick said the decision by UW was sprung on him “last minute” and was told by a hospital staffer he should be working on getting a vaccine very soon.

“The state of affairs obviously changed because the issues that I had with my liver: a high fever and other side effects that are blatantly what some of my peers have experienced are a side effect from any of the COVID shots,” he said, adding that the same symptoms of his liver condition are those of the coronavirus shots.

He said the mandate that he gets a shot in order to qualify for a liver transplant is “putting [him] in more jeopardy because those are already the symptoms I’m having as we speak – then to throw a COVID vaccine on top of that, which could experience even more severe [symptoms].”

“I thought that, maybe my medical freedom was starting to be challenged a little bit for myself: I’ve seen it happen through the whole United States, but now here it is in my kitchen.”

“This is it. You basically have a hill to die on. You choose the vaccine and get to see another day or you don’t and you die.”

Sam Allen, another man in Washinton State, was also informed that he would be removed from the waitlist for a heart transplant, after telling his doctor he was uncomfortable receiving the vaccine due to the risks it may pose to his already weak heart.

Across the globe those who decided not to be vaccinated have faced increased threats to their personal liberties. The unprecedented restrictions have far surpassed what many thought possible, considering their unconstitutional nature.

Many governments across the globe are denying the unvaccinated access to select public spaces, jobs, businesses, and the ability to freely travel. Meanwhile, other nations have pressured businesses to do their dirty work to avoid direct mandates which have caused civil unrest.