Canada Gave Away Medical Equipment to China Before Facing Shortages 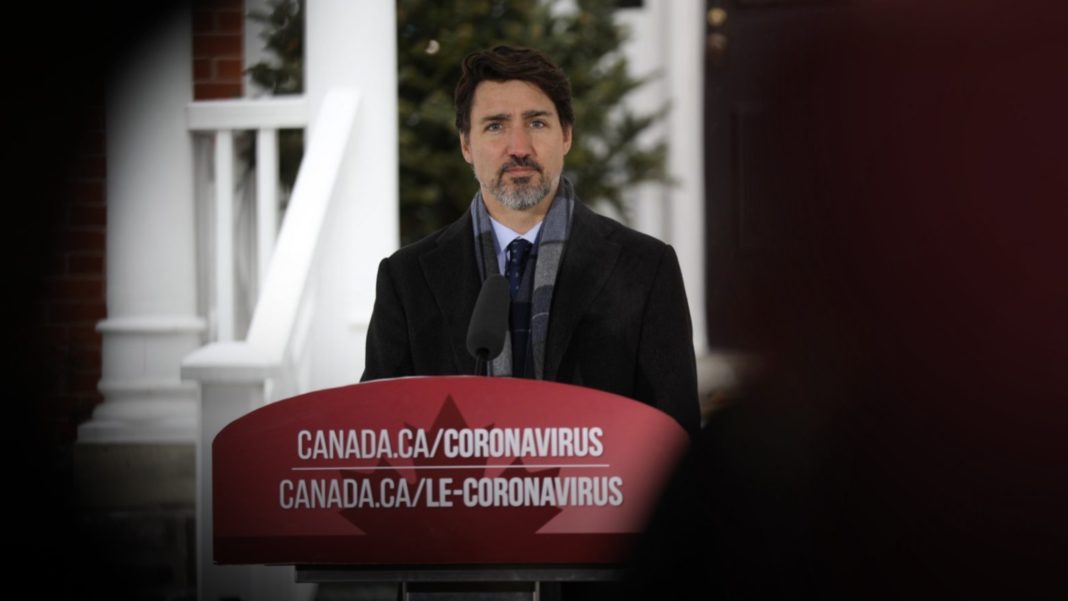 Critics of Canadian Prime Minister Justin Trudeau’s response to the Wuhan virus charge that one reason Canada finds itself short of vital medical supplies may be that Trudeau shipped a great deal of it to China in the last days before the Communist Party’s secrecy and duplicity unleashed the pandemic upon the world.

Ezra Levant of Rebel News laid the charge on Monday, citing contemporaneous documents to show the Trudeau administration was quite proud of shipping Canada’s supplies to China.

“Canada is saddened by the impact of the novel coronavirus outbreak, especially the loss of life, on the Chinese population. Personal protective equipment is essential to prevent and limit the spread of the virus,” Minister of International Development Karina Gould was quoted as saying.

Levant expanded on the point in a video that also recalled how President Donald Trump was attacked by leading Democrat presidential primary candidate Joe Biden for imposing travel restrictions that clearly helped to slow the advance of the coronavirus into America.

“What did Trudeau do around the same time?” Levant asked. “Well, he did nothing. In fact, it would be well over a month later before Trudeau restricted flights from China at all. More than a full month later!”

“And as you know, Trudeau still allows daily flights from Shanghai, Beijing, Xiaomin, Guangzhou, and other cities in China to Canada every day. Several a day. And none of them are medically screened – as in, no one has their temperature taken, no one is quarantined, to this day,” he added.

“Trudeau gathered up all of the medical equipment in his reach – 16 tons of it, facemasks, gloves, and other protective gear… and instead of ordering more at maximum production speed, instead of starting to stockpile it and distribute it in Canada, he took our stockpile and sent it to China,” he said, reading from the same February 9 press release he included with his tweet.

Levant noted this was an exceptionally bitter pill to swallow because China’s economy is much larger than Canada’s, with far greater manufacturing capacity to make medical equipment and more money to purchase what they cannot make.

“We sent them charity. Why? Are they poor over there? We sent them foreign aid while they actually still have our two Canadian hostages, Michael Spavor and Michael Kovrig. We did that in mid-February. Trump was already banning Chinese flights. Trudeau was sending China our emergency supplies for free,” he said.

Canada’s National Post in February quoted various analysts and former Canadian government officials who advised against linking medical assistance to China with the release of Spavor and Kovrig, who were taken hostage by the Chinese government after Canada arrested Huawei chief financial officer and Communist Party royalty Meng Wanzhou for possible extradition to the United States on financial crime charges.

“China is a gift-giving culture. Any gift accepted creates reciprocal obligation in the recipient. So, I judge that China requesting medical aid from Canada could well lead to concessions in the negotiations over the release of Kovrig and Spavor,” former Canadian diplomat Charles Burton said wistfully.

CBC News in February found Chinese-Canadian groups “scrambling” to find money and supplies they could send to China for coronavirus relief. Some of those groups expressed frustration with Canadian suppliers for refusing to sell to them because “they want to keep the inventory for Canadian hospitals.”

Health officials in Ontario on Monday warned of critical shortages of the same supplies that were sent to China, putting out a call for anyone who happens to have stockpiles of masks, gowns, respirators, and other supplies to donate them.

“The Ontario Medical Association and the Registered Nurses’ Association of Ontario said there is a large stockpile of the masks that have expired but should still be used in lower-risk areas,” Global News reported.

Presumably, these pleas were primarily directed to industrial operations, many of which are obliged by safety regulations to keep stockpiles of protective equipment, much as surprisingly large supplies of masks and other gear have been provided by American companies, but the Global News mentioned that Ontario hospitals are also accepting individual donations of equipment.

“Health care professionals really need support, so our government will help these companies shift production from auto parts to medical supplies. Our government will also be introducing innovative procurement streams in order to allow a larger number of businesses to develop solutions and products that Canadians need because of COVID-19,” he said.